Refreshing craft beer, delicious food, a warm summer breeze… Is there anything better than a craft beer picnic?

As of June 15th, travel within BC is encouraged. This means there are extra opportunities to enjoy a craft beer picnic!

Over the last few months, certain municipalities have gradually rolled out rules allowing alcohol consumption in certain areas.  This means you’re able to enjoy a delicious craft beer with your homemade snacks or favourite takeout as you soak up the sun in a beautiful park. It’s all very European, isn’t it? Since we’re also now allowed to have gatherings of up to 10 people outside, it’s an excellent way to safely gather with friends over food and drink.

If you don’t live in a municipality that allows public consumption of alcohol, you can still visit local craft breweries that have picnic-esque outdoor spaces. Many either offer great food along with their beer or encourage folks to bring their own food. We’ve rounded up a few noteworthy spots in this post.

As of May 17, 2021, residents and visitors of New Westminster can enjoy an alcoholic beverage in certain designated areas of select parks. Scope out one of the parks below, pick up some craft beer, and bring along a picnic to enjoy with a small group!

Vancouverites will soon be able to enjoy drinks in certain areas of nearly two dozen of the city’s parks. (When the liquor act comes into force, that is.) The Vancouver Park Board says to keep checking back for updates on the official launch. This will be part of a pilot project set to expire in October. The changes in Vancouver will apply to 22 of the city’s parks, and include areas in Stanley Park, Kits Beach, Locarno, David Lam Park and Trout Lake, among others.

The City of North Vancouver passed a bylaw allowing alcohol consumption at specific public locations as part of their commitment to make life in the City during COVID-19 a little easier. The locations include several parks, the civic plaza, Cates Deck by Lonsdale Quay, home to Green Leaf Brewing, and Shipbuilders Square in the Shipyards district close to where several new breweries have recently opened: Streetcar Brewing, North Point Brewing, House of Funk Brewing, and Beere Brewing. 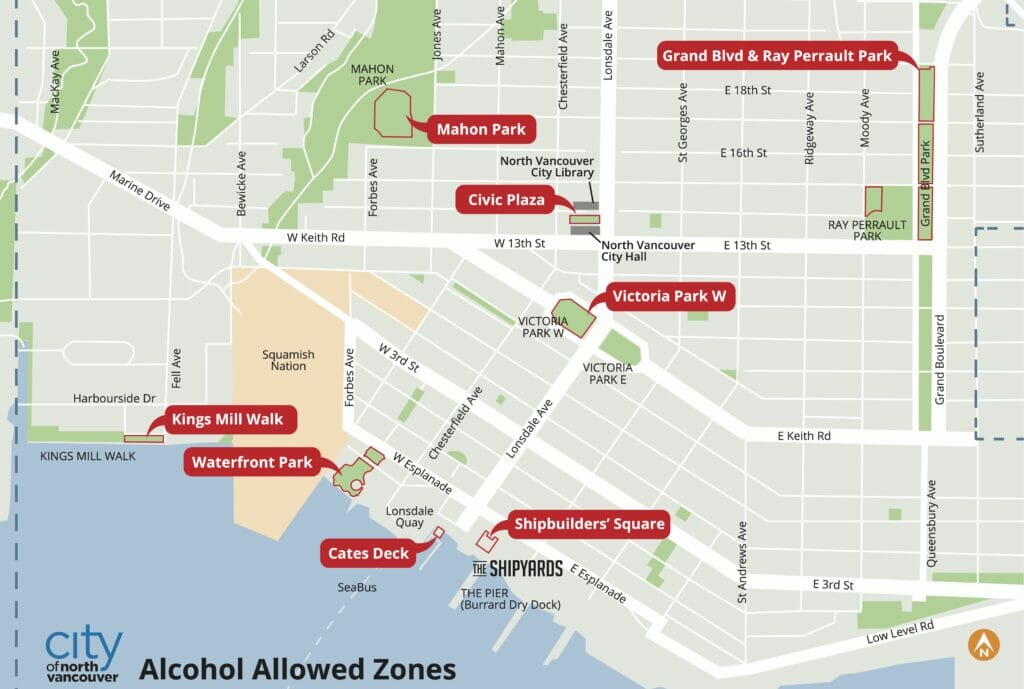 The beaches and waterfront parks along the Okanagan Lake waterfront are some of the great pleasures of Penticton life so when Penticton City Council voted to allow alcohol consumption there, many locals and potential visitors rejoiced. The beach is within walking distance of a few of the city’s breweries, including Bad Tattoo Brewing, Cannery Brewing, Neighbourhood Brewing, Highway 97 Brewing, and Slackwater Brewing. Recently, Penticton also expanded this to include Skaha Lake Beach which is within walking distance of Tin Whistle Brewing and Barley Mill Brew Pub & Bistro.

The city has also launched a cool Picnic-ton program that began on Monday, May 10th in support of Penticton restaurants, breweries, and wineries. Registered businesses are handing out picnic packs to customers who order takeout. And there are multiple prizes to be won! In addition, the City of Penticton is adding 36 new picnic tables to these locations, making it easier for people to enjoy beer and food to go in these scenic spots.

The City of Port Coquitlam allows alcohol consumption in seven of its parks. This decision comes after what the city said was a successful pilot project last summer and “strong approval” in public feedback.

While public alcohol consumption is still not allowed in Victoria, historic Market Square’s inner courtyard area has become an ideal urban picnic-with-beer spot, thanks to resident brewery Whistle Buoy Brewing’s tented patio, which it was allowed to expand under COVID-19 provisions. You are allowed to bring your own food or order it from one of the nearby restaurants, including Green Cuisine, which has been serving up vegetarian fare there for as long as there have been vegetarians (or just about).

The five breweries on Brewers Row in Port Moody all have patio spaces and they all welcome patrons to bring food with them or order it from food trucks, which tend to park right in front of the breweries for obvious reasons. The breweries all face Rocky Point Park along the shore of the Burrard Inlet so you can plan a hike or kayaking adventure while enjoying your picnic meal and sipping a beer. Brewers Row includes: The Bakery Brewing, Moody Ales, Parkside Brewery, Twin Sails Brewing, and Yellow Dog Brewing.

The Fraser Valley is agricultural heaven, and several of the breweries there have ideal outdoor spaces that are perfect for picnicking. It’s hard to beat Field House Brewing’s Beer Lawn out front of their Abbotsford brewery, and Old Yale Brewing in Chilliwack also has a big new Front Porch space along with its Campfire Kitchen in a converted Airstream Trailer.

For more information, check out the Fraser Valley Ale Trail.

Most of Langley’s breweries have outdoor spaces, including two of its newest operations, Five Roads Brewing and Camp Beer Co., which has the picnic vibe down perfectly on its patio.

Throughout British Columbia, many craft breweries have been allowed to expand their patio spaces or open new patios so that customers can stay outside. So check with your local brewery about their food options or to see if they are okay with you bringing your own food. Presto: a patio craft beer picnic!

BC has now entered Step 2 of BC’s Restart Plan; travel throughout the province is now encouraged. It’s time to #exploreBCnow as #newexperiencesarebrewing. Book your summer getaway now (at exploreBC.com) and let the BC Ale Trail be your guide for your next Ale-venture. Travel safely and responsibly this summer. For those outside of British Columbia – we look forward to welcoming you soon.

BC’s breweries are strictly adhering to recommended COVID-19 safety protocols to keep both guests and staff safe. They are ready to welcome you for on-site patio tasting, with limited capacity indoors, or to pick up your favourites to go.

Please remember to be a Considerate Craft Beer Consumer. Let us each do our part now, so we can explore BC again, soon. We’re all in this together. 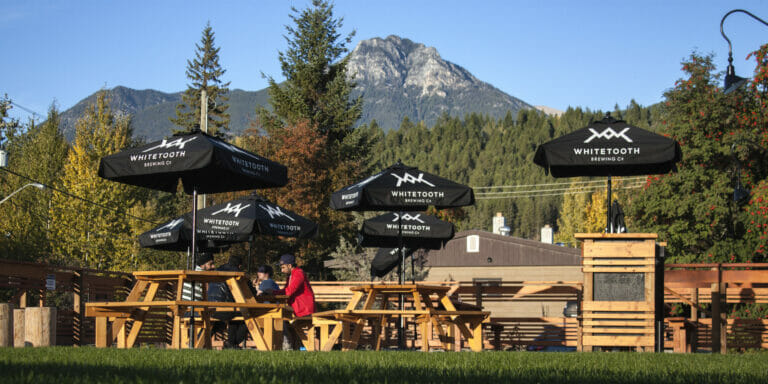 How Changes to Patios, Parks, and Pedestrian Spaces Will Shape Summer in BC

New Experiences are Brewing Nearby… As Phase 3 of BC’s Restart Plan begins, more of the parks and places we know and love are continuing to reopen.  There are a handful of changes coming into effect in cities around the province including expanding patio licensing, allowing public consumption of alcohol in some designated areas, and … Continued 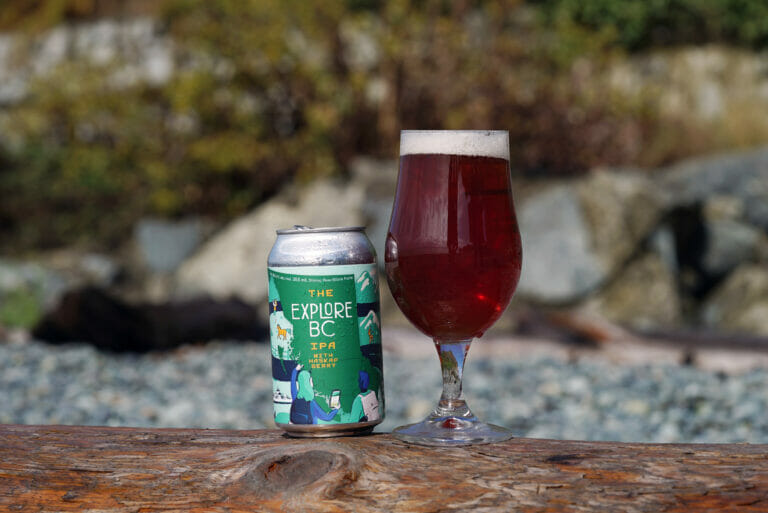 A Beer Inspired by BC and Brewed for You Our Explore BC IPA is a collaboration among six breweries from across BC’s mountain towns to the wild north, and the Sea-to-Sky to our ranches, rivers and ranges. Homegrown haskap berries and blackberries present a rich berry colour, while the balance of BC hops and locally … Continued 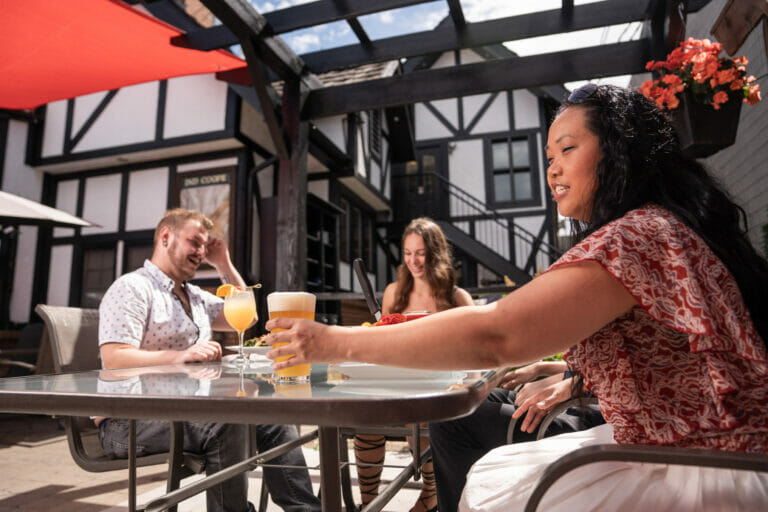