With a name like Beere, it was only a matter of time...

No, that’s not a typo. The father and son who opened this brewery boast the last name Beere. They like to say it was inevitable that they’d open their own brewery. They did so in 2017, kicking off a mini boom of breweries in the Lonsdale Waterfront area that has come to be coined the Shipyards Brewery District of North Vancouver.

With its stylish logo and highly marketable image, Beere Brewing would probably succeed making average beer, but the fact is this place has truly made a name for itself by brewing excellent beers: brewer Matt Beere’s focus is on fruity, citrusy hazy IPAs, but he also likes to double dry hop everything from Pale Ales to Pilsners, and releases the occasional farmhouse saison or sour ale for good measure.

The water-facing, street-front tasting room is a cozy, welcoming spot just a short distance from Lonsdale Quay and the very useful Seabus, as well as several other breweries that have popped up since this place paved the way here. Stop by and have a Beere!

Find Beere Brewing on the BC Ale Trail

There’s an après beer for everyone in the big city’s outdoor playground. This is where the metropolis meets BC’s mighty outdoors. 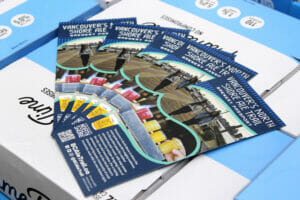 Visit North Shore Breweries During November and Fill Your Passport to Win Prizes!

Fancy a flight? Here are some sampler suggestions for Beere Brewing 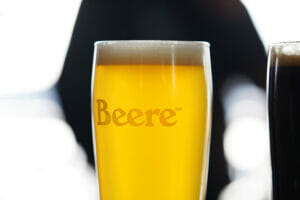 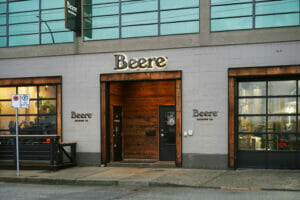 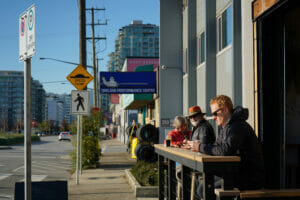 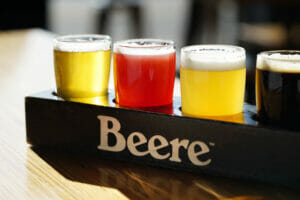 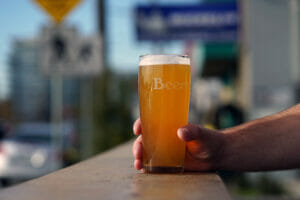