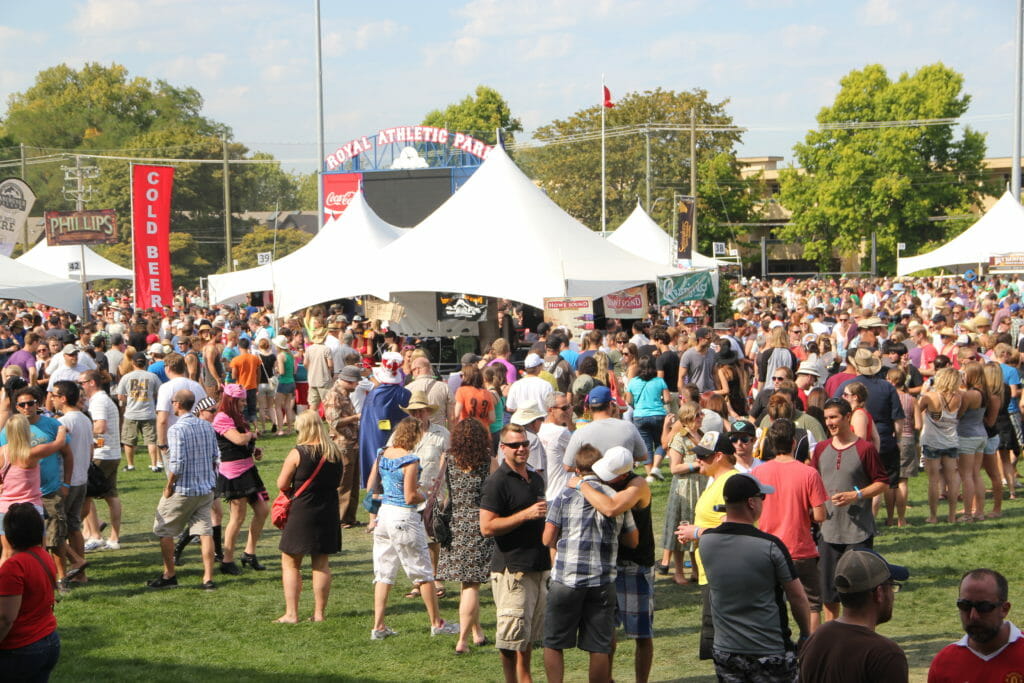 Founded in 1993, the Great Canadian Beer Festival began as an indoor event featuring 70 different beers from 23 breweries. About 2,000 people attended — including a younger version of me who would have been amazed to know that a quarter century later he’d end up writing about beer and helping to produce beer festivals like Victoria Beer Week and the GCBF! 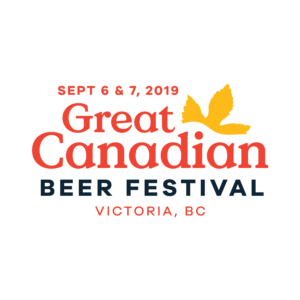 Eventually, the organizers moved it outdoors to Royal Athletic Park to allow it to expand with more breweries and more capacity for beer lovers, and it has stayed there ever since. This year’s “BeerFest” will feature 100 breweries and cideries serving more than 275 different beers and ciders, and will host 9,000 thirsty beer lovers during the two-day event held on September 6 & 7, the weekend after Labour Day.

This year’s event also marks the first time under the new management of the Victoria Beer Society, the folks behind Victoria Beer Week (of which I am a co-founder), following the retirement of the GCBF founders last year. It’s been a steep learning curve for our team, putting together an event that is much larger in scope than anything we have done before, but we are very excited to see our efforts manifested on the field in September.

Featuring the most breweries ever!

The biggest change we’ve made is to increase the number of breweries in attendance, reflecting the huge growth in the industry, as well as consumer desire to taste what’s new and different. The other challenge we set ourselves was to showcase beer from all across Canada. This September, consumers will be able to taste beer at regional pavilions featuring breweries from Nova Scotia, Québec, Ontario, Manitoba, Saskatchewan, Alberta and the Yukon, along with a significant contingent of breweries from British Columbia, of course. The full list of breweries is available here. 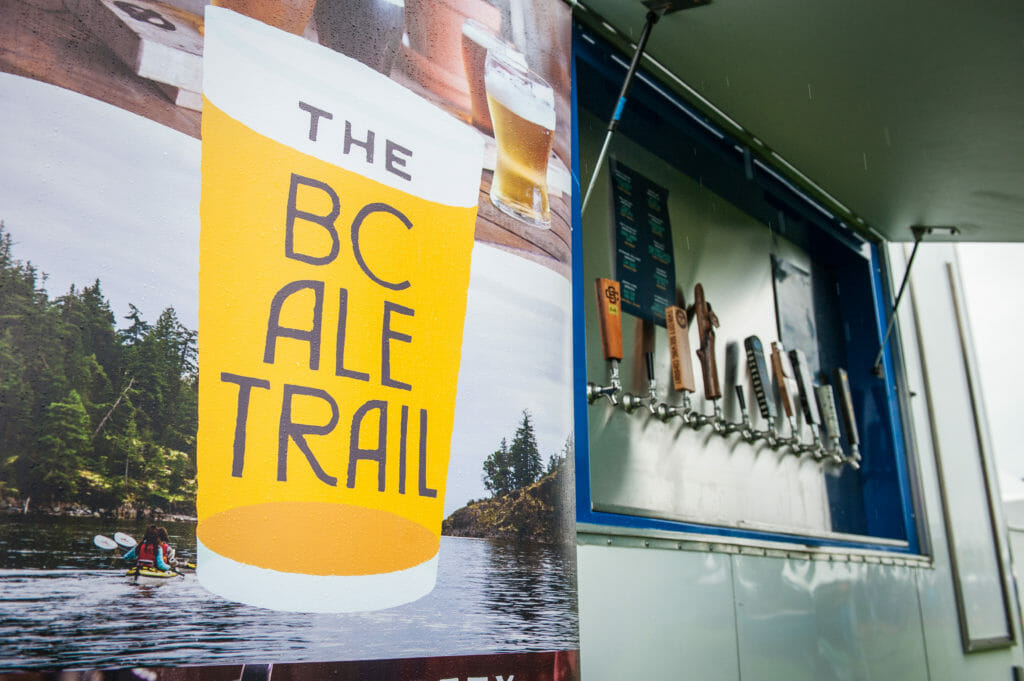 The BC Ale Trail-er is another highlight, featuring several breweries that would otherwise not be able to attend, including:

There will also be a variety of food trucks, serving everything from tacos to poutine to Filipino cuisine and much more, offering attendees a chance to pair their favourite beers with tasty bites.

For those coming from out of town, getting to Vancouver Island is easier than ever before with services like BC Ferries, Harbour Air, Helijet, Victoria International Airport, and the Clipper, Coho and V2V ferries. Also, whether you’re looking for high-end or budget-friendly, there are multiple hotel deals to choose from, available on the Great Canadian Beer Festival website.

The two-day festival is held at Royal Athletic Park, just walking distance from downtown Victoria. Single-day tickets are $40 and a two-day pass is $70. Tickets can be purchased through Ticket Rocket. 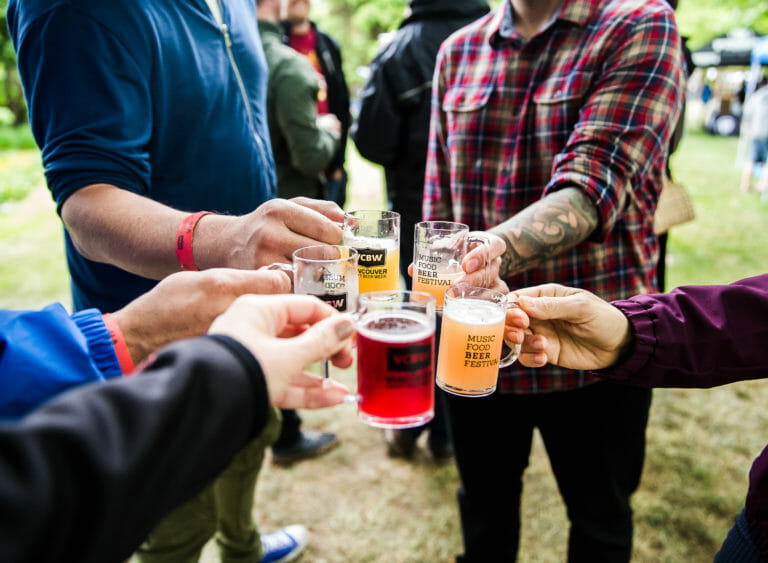 The countdown to the 10th Anniversary of the wildly popular and highly anticipated Vancouver Craft Beer Week festivities is on! This annual event is definitely one that many local (and out of town) craft beer enthusiasts have circled on their busy events calendar and for good reason! It’s ten days of non-stop, fun-filled beer festivities … Continued 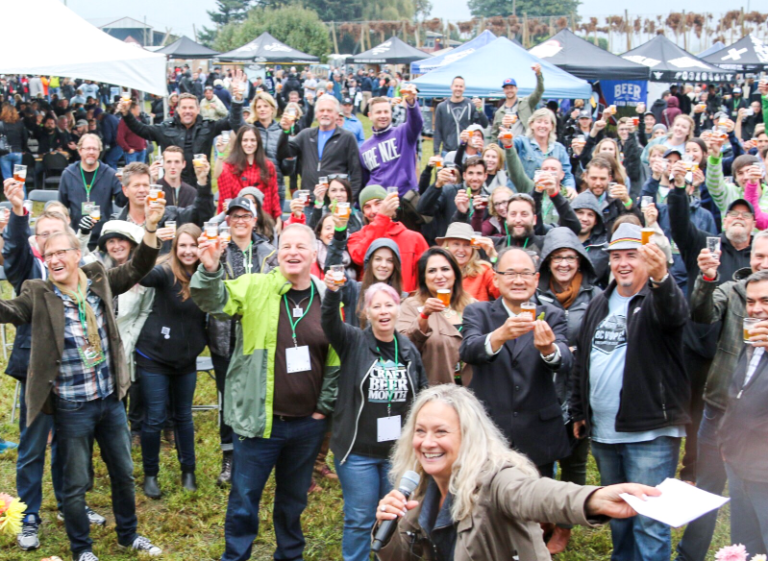 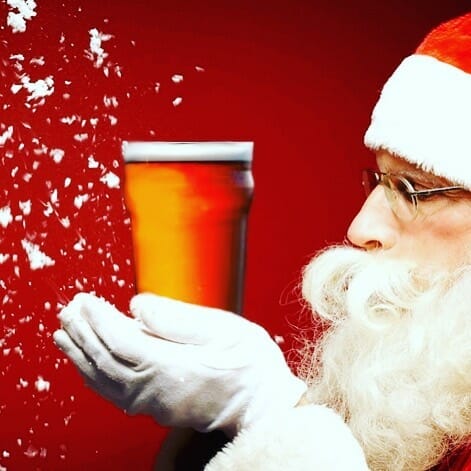