The designated driver plays an important part in a local brewery visit: they get everyone home safely. But having a pint or a flight is a no-no. Luckily, being the DD on the BC Ale Trail doesn’t mean you’re relegated to just water. There are refreshing non-alcoholic craft beverages available for you to enjoy.

If you’re the designated driver for a brewery tasting room visit, you might have this role for one of a few reasons:

Whatever the reason, being DD can seem “no fun” as you don’t get to sip and savour what everyone else is. Because… no drinking and driving, folks — BIG no-no. But it doesn’t mean you’re stuck with just still or sparkling water. Not on the BC Ale Trail. Here are some refreshing non-alcoholic beverages available at BC craft breweries:

First, let’s cover off what kombucha is. This fizzy delight is a carbonated tea that has been fermented and brewed using tea, bacteria and yeast. Kombucha has healthy probiotics and antioxidant properties, and can help with immune system function, and brain and digestion health. It also provides a natural energy boost. Essentially, it’s good to sip on after a big meal, or perhaps after a tasting room visit where you weren’t the DD. At a family-friendly tasting room, your kids might even like it!

And for those who take pictures of their beverages — like me — it often comes in pretty colours and looks nice in a photo.

Here’s are some breweries where you can find house-made kombucha on tap:

Makers of the popular Oddity Kombucha, Faculty Brewing Co. have their fermented tea on tap and bottled. Vancouver residents can also find Oddity Kombucha around the city and order it through BeerVan. A favourite flavour of mine is the Hibiscus Mint.

Stefan and Pearl Marten not only have kombucha on tap at Marten Brewing Company in Vernon, they own the label they pour: UnderGround Kombucha. Vernon locals can also buy cans to go or get a growler fill, and the colourful cans and flavours can be found in grocery stores across BC. The lineup includes Hip Hops, a blend of rose hips and beer hops. Our own Joe Wiebe says his favourite is the gingery Ninja Ginja. Also available under this brand is a nitro coffee.

DDs, this is your Pepsi or Coke elevated several notches.  With creative flavours and healthier takes on favourites like cola and root beer, BC craft breweries have got your back with their craft sodas. If you have kids with you, they’ll probably love the fun names and flavours. I know I wish Callister Soda Co’s Raspberry Early Grey soda had existed when I was a kid.

Vancouver’s Callister Brewing makes small-batch craft sodas under their Callister Soda Co. brand. The flavours are fun and give a unique twist on your traditional soda. These sodas are a popular choice in the Callister tasting room and are available at other breweries around the Lower Mainland. Ginger Mint is next on my list to try.

In Nelson, Torchlight Brewing is crafting “happy little sodas” for their West Kootenay city locals to enjoy. Additionally, they have a line of Italian soda syrups so you can feel like you’re enjoying your beverage on a trattoria in Italy. Looking at the menu, may I suggest a cremosa? (Italian soda topped with whipped cream!)

Phillips Brewing in Victoria has been making craft sodas under their Phillips Soda Works brand for as long as I can remember. Available in their tasting room and at other breweries, their packaging and flavours bring a bit of ’50s diner-era nostalgia to your beverage experience. And you may have also seen their bottles in your local grocery store and not known that the sodas are cousins to the Phillips beers.

Other breweries making their own sodas include Green Leaf Brewing in North Vancouver and Port Moody’s Fraser Mills Fermentation.

The non-alcoholic beverage offerings for designated drivers at BC craft breweries are not lacking in flavour or fun. If you’re unsure if your local has similar options on tap, pop them a note on social or give them a call. (And remember to get a growler fill or buy a four-pack to enjoy when you get home!)

Find Your Flavour on the BC Ale Trail

The BC Ale Trail offers an abundance of diverse experiences – there’s something for everyone! British Columbia has more than 200 craft breweries, each with its own unique approach to brewing beer. Along with that, the province offers an incredible range of activities and spectacular natural sights. Paired together, this means you have many different … Continued 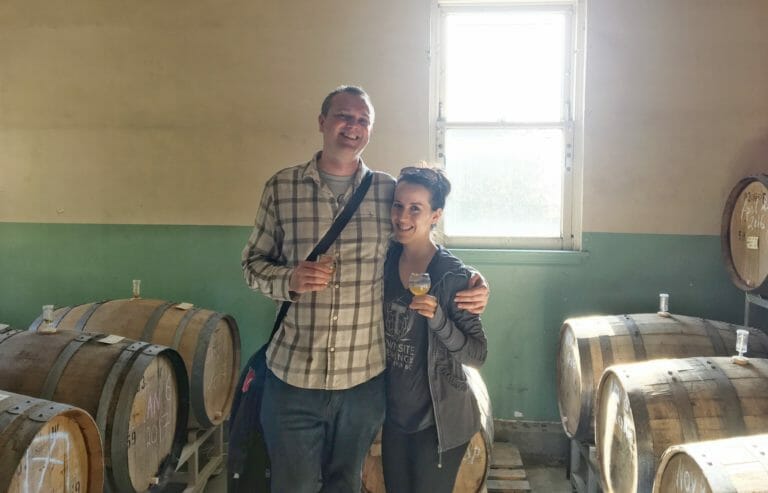 Craft beer, romantic? You better believe it! Hop up your date night in cask style on the BC Ale Trail with these ideas for you and your sweetie! When my partner started homebrewing a few years ago, little did I know that his new hobby would become one of our favourite ways to go out … Continued 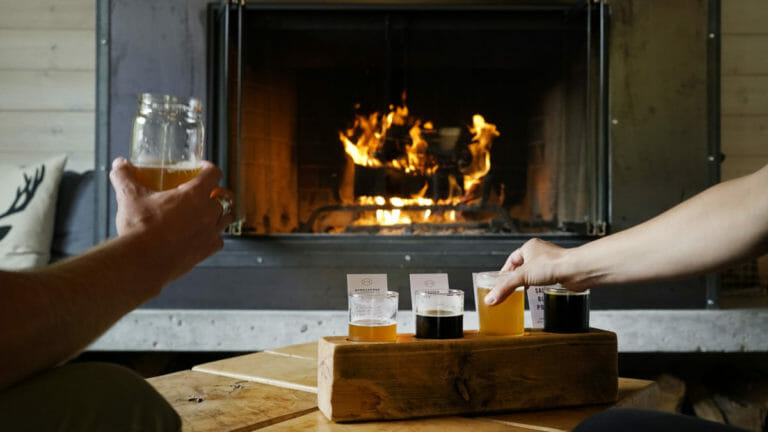 Winter is a time for warming foods and feeling cozy. Get hygge on the West Coast at these breweries and places to stay on the BC Ale Trail. Okay, so your first question is possibly hygge-what? So let’s start with that. Hygge—pronounced “hue-guh”— is the Danish concept of living well and being cozy and relaxed. … Continued