The 2nd Annual Penticton Beer Week takes place October 16-24 with a special collaboration beer and a variety of events.

Visit Penticton is offering special “Sip, Suds & Sleep” Craft Beer Packages for people who would like to plan a getaway to Penticton. 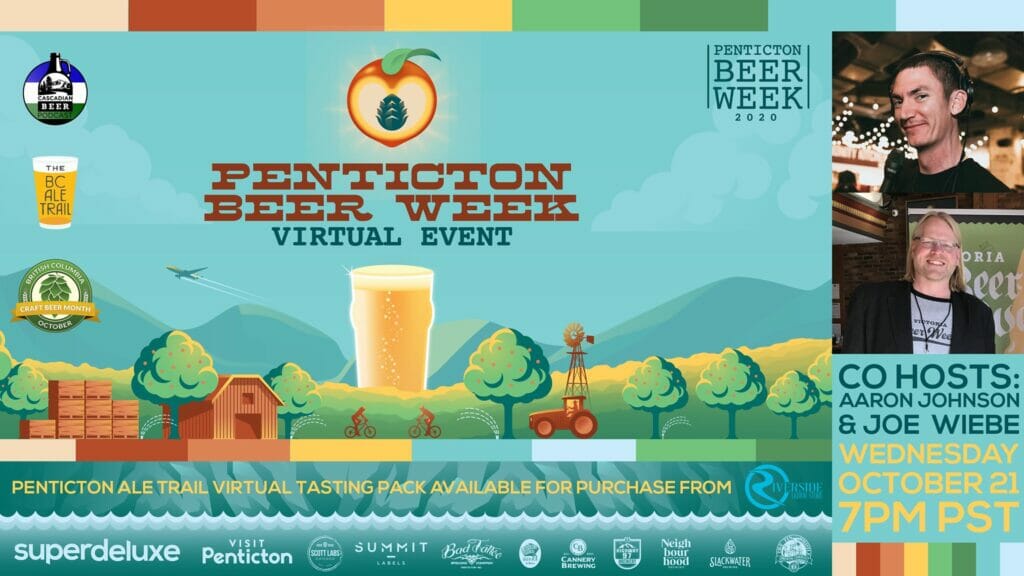 If you can’t make it to Penticton, join the BC Ale Trail’s Penticton Beer Week Virtual Event, hosted by the Cascadian Beer Podcaster, Aaron Johnson, and me.

Meet the people of the seven Penticton breweries, learn about the special collaboration beer, The Penticton Seven, and find out more about why Lonely Planet named Penticton as Canada’s Craft Beer Capital. Each brewery will showcase one of their beers during this live event.

Penticton’s seven local breweries have joined together to make a special limited edition fundraiser beer called The Penticton Seven. A portion of the proceeds from this beer will be donated to the BC Hospitality Foundation, a charity that raises funds to support workers in the hospitality industry facing financial struggles due to a health condition. The beer is a hazy pale ale that will be available on tap at each of the breweries and select local restaurants during the week. It will also be available in 4-packs of 473ml cans at private liquor stores in Penticton and throughout BC during the month of October.

If you plan to attend any in-person events, make sure to look up important information about the area you’re visiting and check on cancellation policies. Practice safe and respectful travelling as you explore the communities in our wild backyard that are open to visitors and make sure to be a considerate craft beer consumer while you’re out and about. 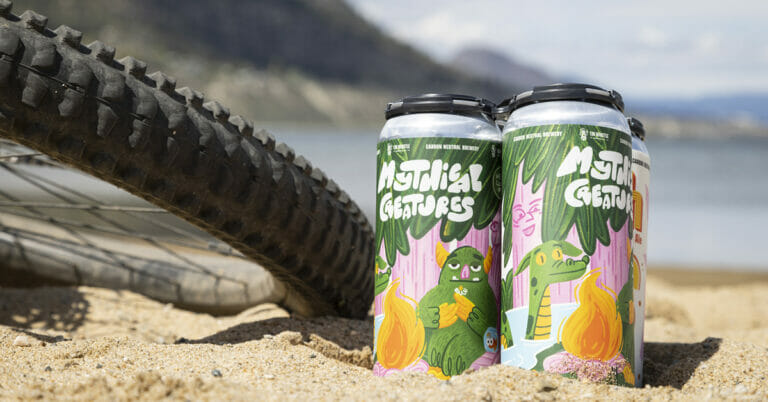 Ale Trails – Season 2: Episode 1 – Penticton, BC ‘Ale Trails’ is a doc-style mini-series looking at the intersection between mountain biking and local craft breweries, and how both work to support and enhance their community.   Join us, as we explore part of BC’s interior, showcasing Penticton,  and meeting the proud, passionate locals … Continued 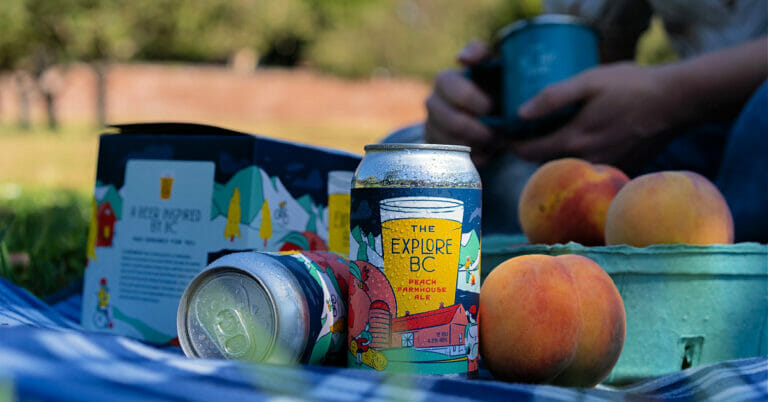 A Beer Inspired by BC and Brewed for You The EXPLORE BC Peach Farmhouse Ale is a collaboration between six breweries from across British Columbia. BC peaches present a beautiful golden-orange colour, while the Lærdal Kveik yeast and BC hops provide fruity, floral flavours above a clean rounded malt base that elevates the whole beer. … Continued 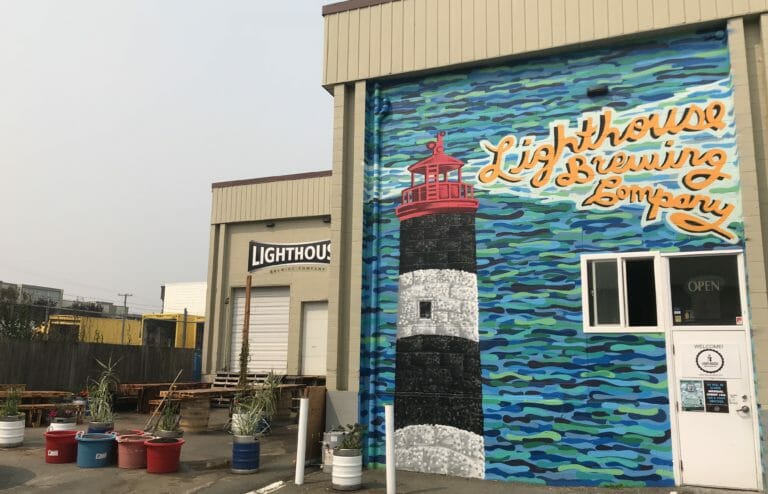 Here in British Columbia we are blessed with an amazing craft beer community that features more than 150 breweries — and counting as more seem to be opening all the time. Most of those breweries have opened in the past five years, so it’s understandable that a lot of attention is focused on these newer … Continued