If you want to know more about what’s in your pint glass, head out to Locality Brewing in Langley to enjoy quiet, fresh air, and even fresher beer.

“Yeast” Van, move aside — Langley is one of the newest craft beer hot spots in BC. The agricultural community here is proving to be an eager market for good beer. In summer 2021, after years of preparation, Locality Brewing opened its doors and became Langley’s eighth brewery — but with a twist. Following in the footsteps of such breweries as Pemberton Valley BeerWorks (the “Beer Farmers”), Farmhouse Brewing Co. in Chilliwack, and Barnside Brewing Co. in Delta, Locality is a farm brewery that produces its beers using ingredients grown and processed on-site.

If that sounds like a lot of work and planning — it is! Sitting with me in the scenic picnic area before their opening day, co-owner Andrew Hamer recalled a 2016 walk through the farm property with Iain Hill of Strange Fellows Brewing. Iain, with a realism borne from his years of industry experience, warned Andrew about the workload involved in starting a farm brewery.

“What you’re trying to do, it is not easy!” Andrew remembers Iain saying to him. And that warning proved to be true — Andrew and his wife Melanie MacInnes have had five long years of physical labour and bureaucratic red tape to fight through to turn her family’s farm into a working farm brewery.

“We needed to be passionate about farming,” said Andrew.

“We’d talk about all this stuff around the family dinner table, but we weren’t stubborn enough to be farmers in the early stages.”

Once they invested in the equipment and applied for permits, however, it was clear that Andrew and Melanie were committed to their plan.

Farm history – from bovines to beer

The MacInnes farm is Locality’s home, and the property has been in Melanie’s family for over 45 years. Her parents are active on the farm to this day. The MacInnes family has always been warm and welcoming to others, and the farm was somewhere that Melanie and Andrew (in their younger years) would regularly return to, often bringing their backpacking or surfing friends along. Its 95 acres formerly sustained dairy cows, but now is used to grow barley, rye, hazelnuts, and cider apples. It is also a film set for various productions, including the Hallmark Channel series When Calls the Heart. In fact, the back of the brewery building has been transformed into a fake mountain and mineshaft, complete with a miner’s cabin. Those who dare to enter that mountain tunnel eventually find themselves among fermentation tanks and farm equipment in the barn next to the tasting room.

Exploring is what you’ll want to do at Locality, whether it’s a peek into the fake mine tunnel or a walk around the pond. You might join a walking tour through the hiking trails, beer in hand. Perhaps your kids will try climbing up on one of Locality’s large antique tractors, or maybe you’ll be lucky and catch part of the barley harvest — the first stage of making beer.

Unbelievably, Andrew and Melanie actually hand-scythed their first barley harvest themselves, but they also now use a combine and a 1950s-era antique threshing machine. It’s huge, impressive, and a little scary: a piece of farming history brought to life. As the feeder pulls sheaf after sheaf after barley into its spinning blades, the thresher noisily separates the barley kernels from the stalks, eventually pouring pounds of kernels into waiting bags and spewing clouds of chaff out the other side. The process fills the air with dust and hay, and you’ll be brushing the bits and pieces off your clothes for hours.

Once the bags of grain have been collected and cleaned, they are ready for malting. Unlike most breweries in BC, Locality has its own malthouse, tucked away in the back of the brewery building under the fake mountain.

“So many craft beer drinkers don’t actually know what malt is — or that barley needs to be malted before it can be made into beer,” says Andrew. “So part of what we’re doing here is really offering something educational — something people can learn about.”

Andrew has taken to malting enthusiastically and expertly guided me through the malthouse, explaining what happens at each stage. The grains are first dampened, or “steeped,” after which they are slowly turned in a large barrel for several days until germination occurs. To halt germination at the right point, the grains must be kilned (heated). The temperature and time of kilning gives the malt its colour and flavour — a Pilsner malt, for example, will be kilned at lower temperatures than a Vienna malt. Although Locality’s malthouse is currently small, Andrew has ambitions to expand his malting program. When you visit Locality, ask him about malting — you’ll doubtless learn something new. Not many breweries out there are malting their own grains, so this is truly a unique feature of Locality.

Outside the brewery barn and near the soon-to-be food truck location, there are rows of bright green hop bines.

While Locality does source some specialty hops externally, they grow their core hop varieties themselves and send them out to be tested and pelletized. In fact, samples of all their farm-grown ingredients are regularly sent out for quality control.

“Garbage in, garbage out,” as Andrew puts it. “We need to make sure we’re meeting all the specs.”

To encourage a sense of community, Andrew and Melanie invite members of the public to participate in the hop harvests and experience a bit of farm life for themselves. When I arrived to help with some hop-picking, I found various volunteers, from pre-teens to senior citizens, milling around outside the brewery barn happily pulling hop bines onto the tractor, picking hops, drinking coffee and beer, and snacking on the food provided to sustain them through the day. The hop cones were a stunning bright green and left a pungent, fresh smell on my hands.

When hops (fresh or pelletized) are ready, brewing can begin! Head brewer Karen Cheshire came to Locality from a brewing job at Steamworks Brewing Co. and is now enjoying the creative freedom of working for a small brewery. Her skills are evident in the excellent beers Locality has been producing, including a very subtle, clean honey lager, a nicely balanced orange guava gose, a dry Belgian-style saison, and a classic West Coast IPA. Coming this September is a barrel-aged vanilla porter and a black tea-infused black lager, so I recommend getting there soon before they sell out.

The hops I helped pick on harvest day were Centennials for a special fresh hop collaboration brew with Brookswood Brewing. Brookswood’s founders were there harvesting hops along with everyone else, and they are looking forward to opening their doors nearby in early 2022, with Legit Hops founder Dave Morrish as their brewmaster. This fresh hop ISA collab gestures to the sense of community felt among Langley’s breweries.

Locality makes beer — and it’s good beer — but community is ultimately what it’s about for Andrew and Melanie. They want people to be involved in the process of creating beer — whether that means helping gather in the barley, pick the hops, or even just learning a bit more about it. They want the MacInnes farm to be the same welcoming hub that it was for them and their friends decades ago, and they seem to be succeeding.

If beer isn’t your thing, quality teas, coffees, kombuchas, and iced teas are on offer, along with charcuterie-style picnic baskets with fresh local breads, cheeses, and meats. Most people will find something they enjoy here. And Locality is a place where time seems to slow down a bit, a place where you are able to savour the full sensory experience of the brewery. So find a spot on the grass, grab a drink, and take a moment to enjoy it. 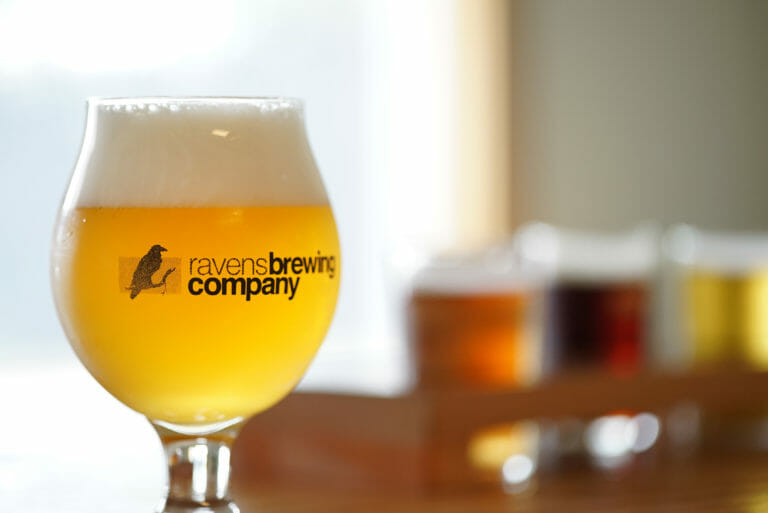 Ravens Brewing in Abbotsford is one of 6 breweries that collaborated on the new EXPLORE BC Peach Farmhouse Ale, a special release beer created in celebration of BC Craft Beer Month that is now available at select locations around British Columbia. We asked the folks at Ravens Brewing to tell us a bit about their … Continued 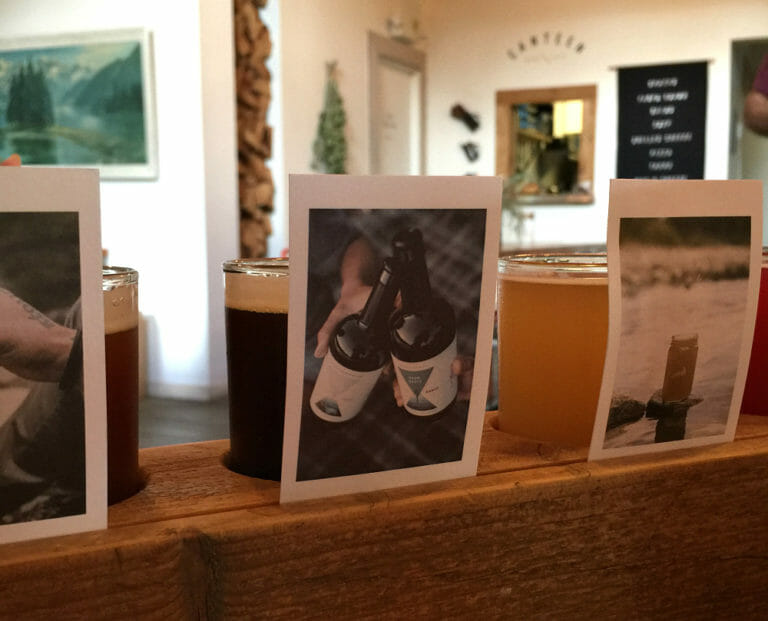 Exploring Abbotsford, From Farm to Table to Glass

Abbotsford is in the heart of the Fraser Valley and an easy day trip from Vancouver. What started out as a Sunday drive in search of berry farms and lunch with my mom ended up being a foray into exploring part of the Ale Trail, with brewery hopping and feasting on locally sourced fare. All … Continued 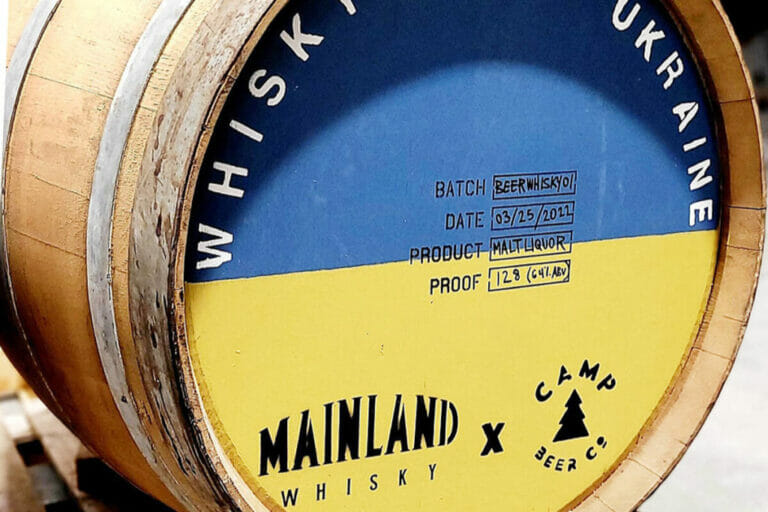