Longwood’s production brewery has its own tasting room with unique beers on tap.

An off-shoot of the Longwood Brewpub, this production brewery opened in 2013 to boost the brand’s reach across BC. While some of Longwood’s core beers originated at the brewpub, brewmaster Harley Smith ensure that here is always something special on tap at the growler bar in the tasting room — or you can take beer out to the picnic patio in warm weather.

Longwood partners with local farmers to grow and malt quality barley and hops, resulting in an obsessively local product that reflects the true terroir of Vancouver Island. In fact, 50% of of the barley Longwood uses comes from central Vancouver Island and the majority of hops are grown within 20 km of the brewery!

Longwood Brewery in Nanaimo, BC 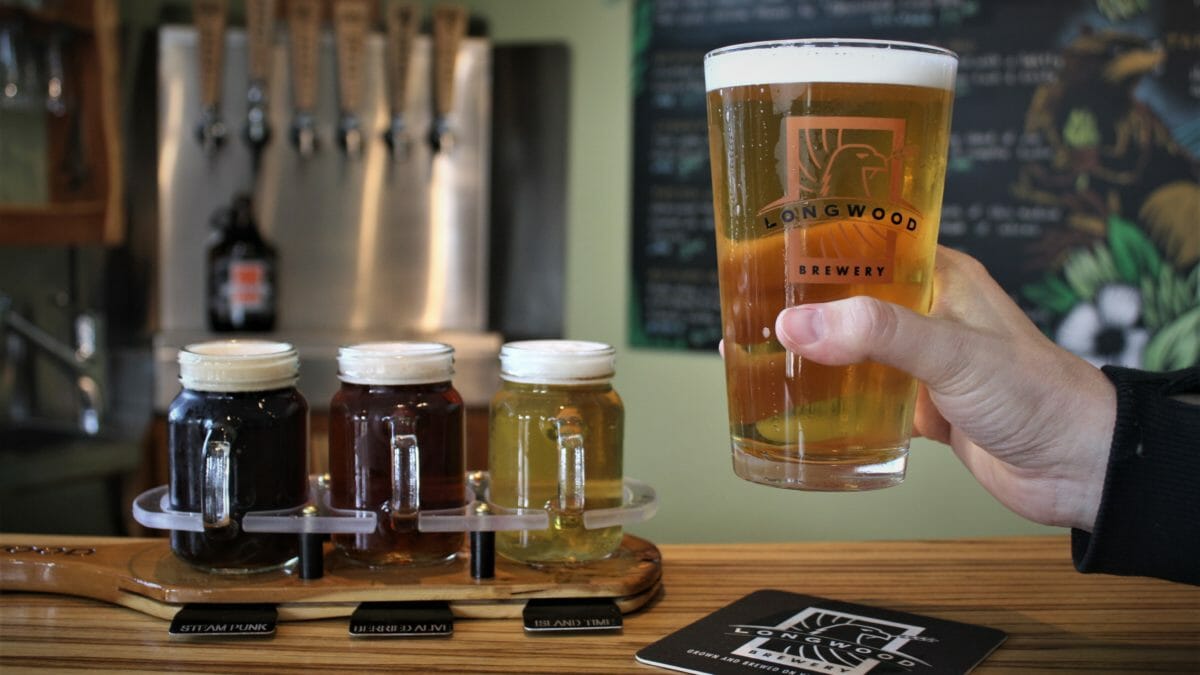 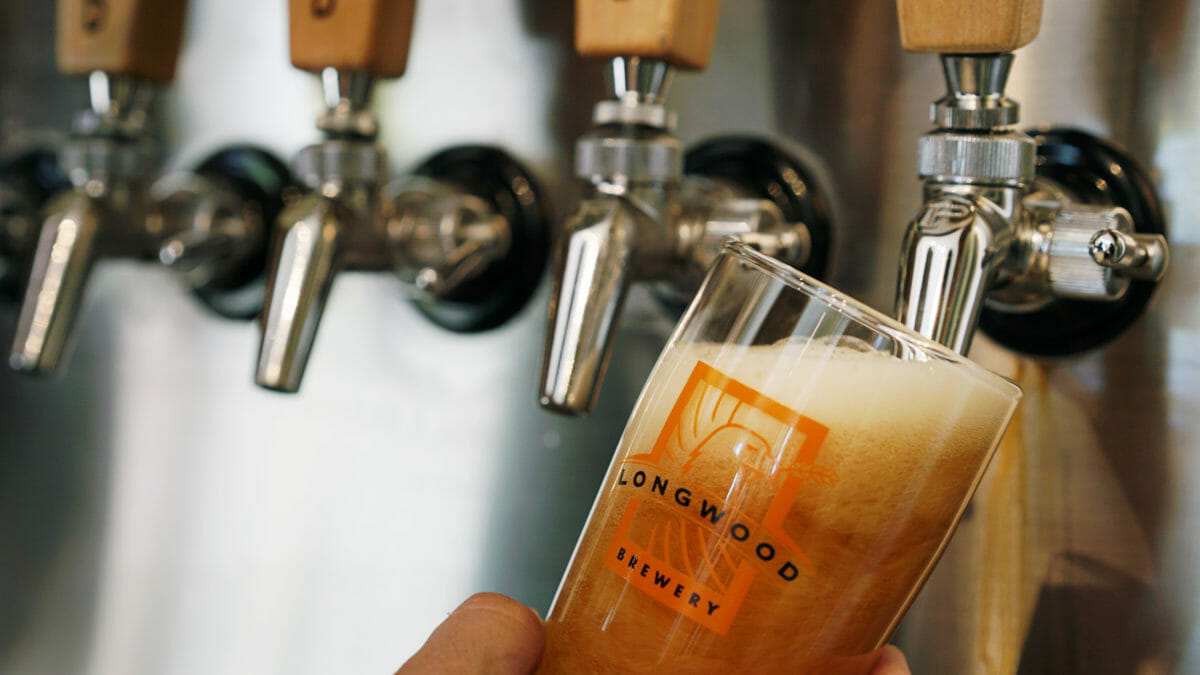 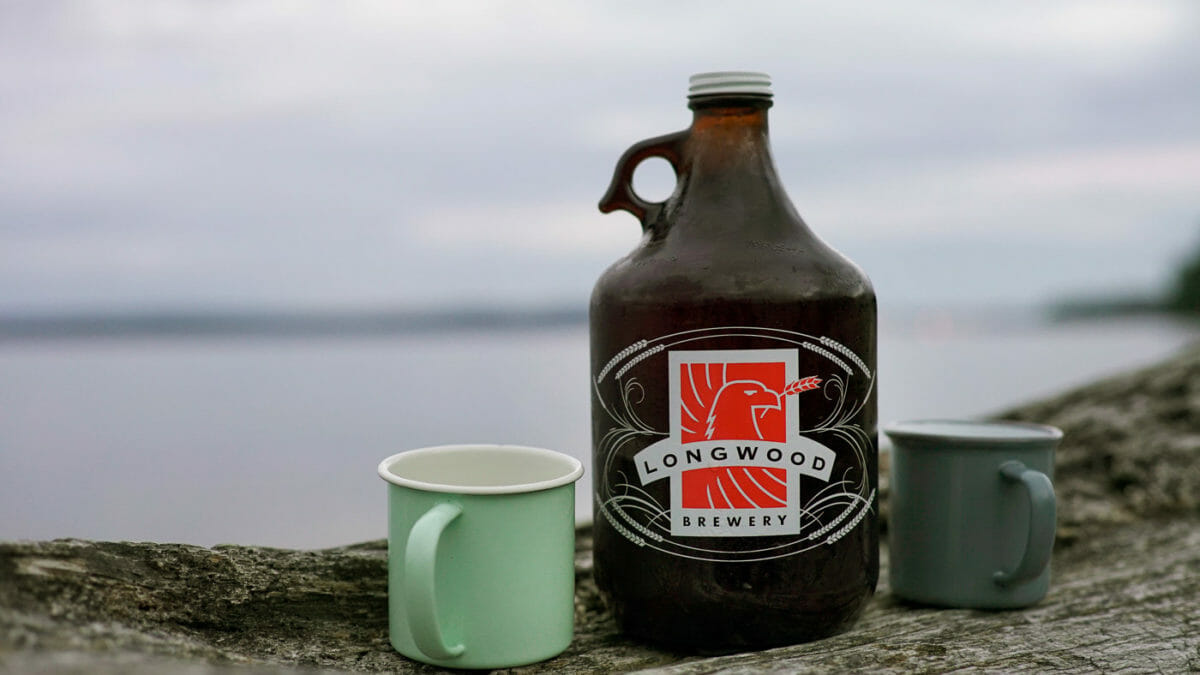 Harley Smith of Longwood Brewery checks out the hops growing near his brewery in Nanaimo. 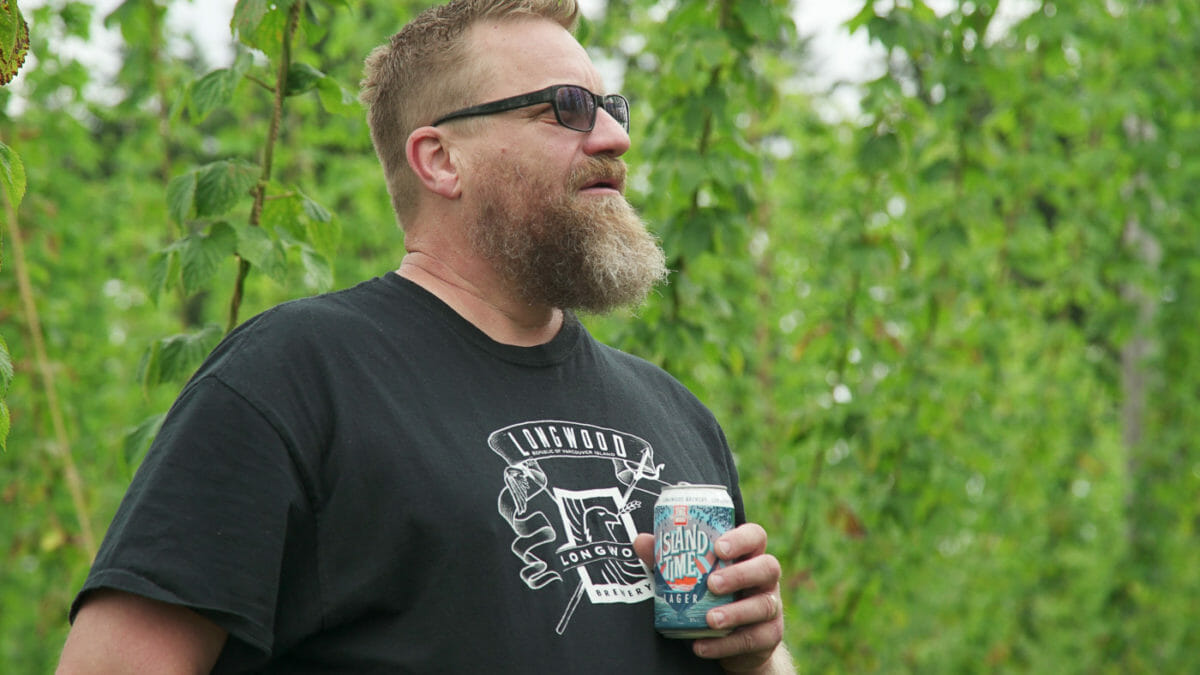 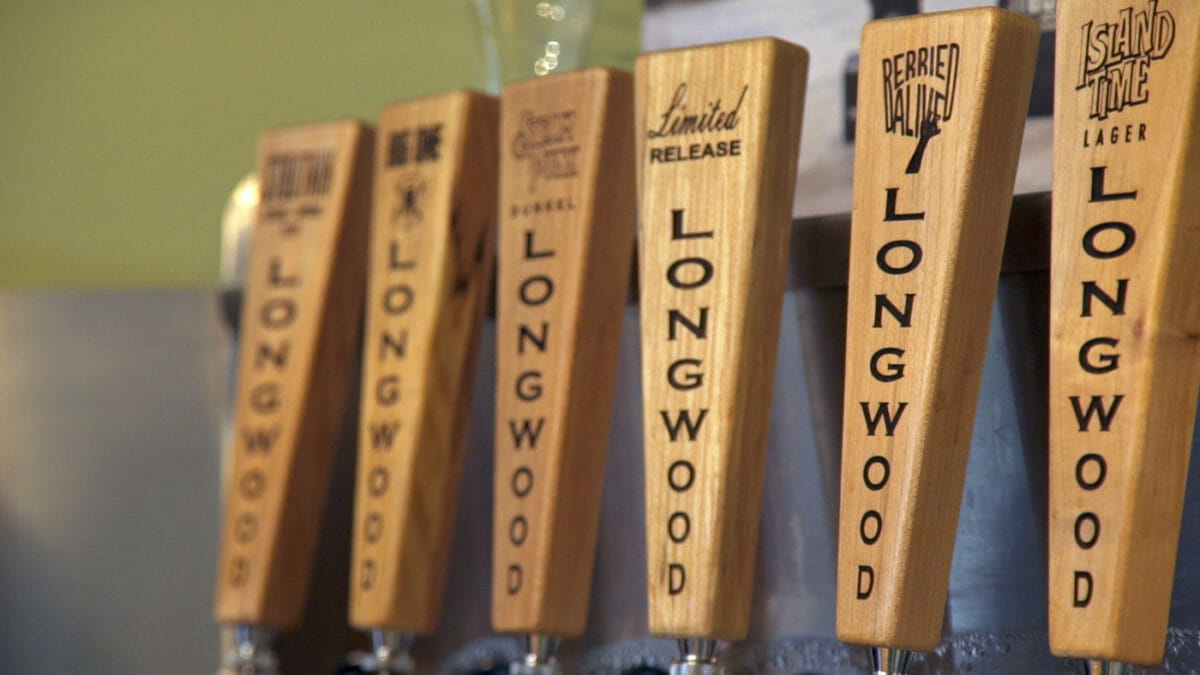 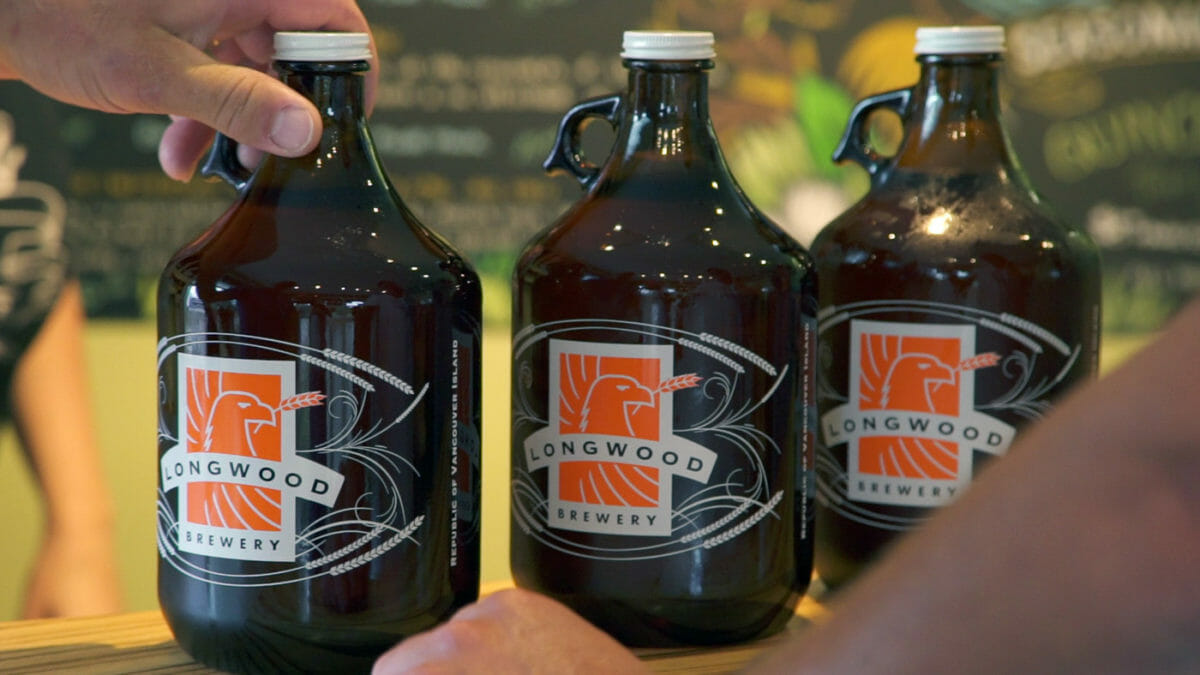 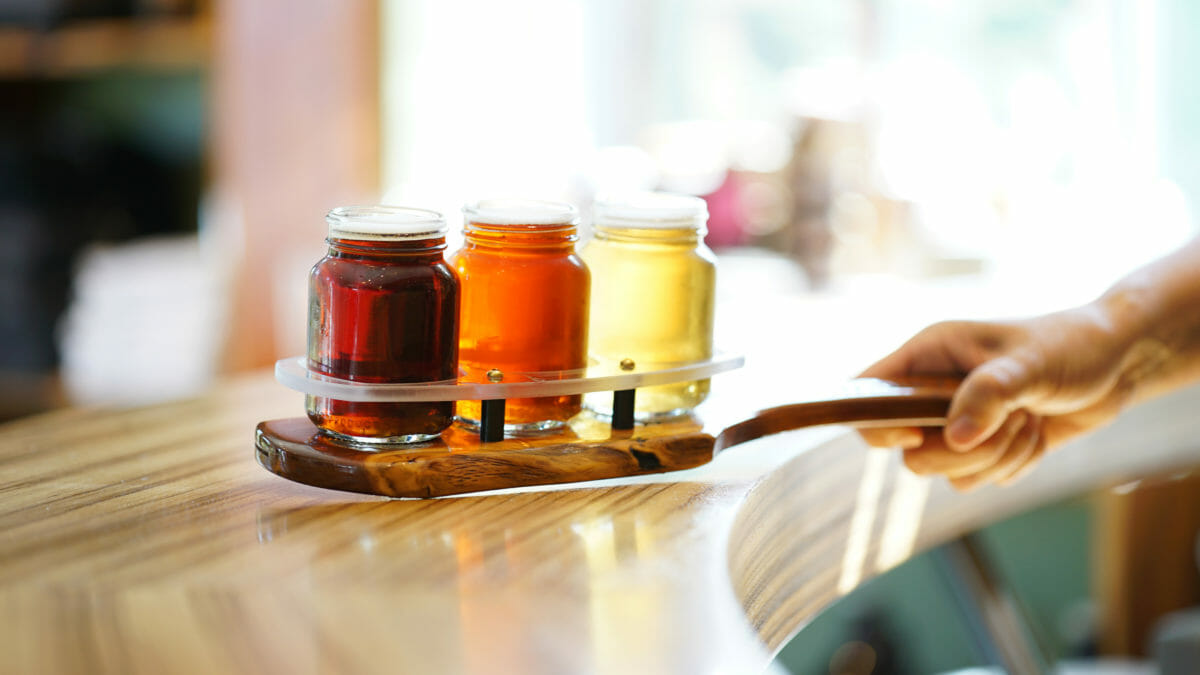 Fancy a flight? Here are some sampler suggestions for Longwood Brewery 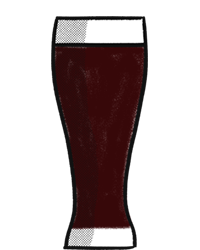 Longwood occasionally brews a unique beer called Super G Ginseng Ginger Cream Ale, which created by Ben Schottle at Hugo’s Brewpub in Victoria. When Schottle went to work at Phillips Brewing after Hugo’s closed in 2008, Longwood’s brewmaster Harley Smith asked him if he was going to brew it there. The next day, Schottle handed Smith the recipe and gave him his blessing to brew it in Nanaimo.

Since then, it has been a special, seasonal release that many look forward to for its distinct flavour, described eloquently: “Generous amounts of ginseng give this velvety cream ale its virility and wood-like character. Fresh ginger teases your senses with a quiet spiciness in this arousing ale.” It’s a beer that will definitely make you stand up and pay attention!