Springtime is beer time! There are more than 15 BC Ale Trail breweries, as well as great pubs and specialty liquor stores spread throughout Kelowna and West Kelowna. Many of them are only a year or two old — so it’s the perfect time to check them out or get reacquainted with one of your favourites.

Several other prize packages featuring BC Ale Trail swag, merchandise from the participating breweries, and gift cards to local liquor stores and taphouses will also be awarded. We will collect all the completed passports and then draw random winners following the end of the promotion period.

Check out the Kelowna and West Kelowna Ale Trail for inspiration for fun ways to explore the craft beer scene locally.

Our handy four-day itinerary suggests a variety of ways to explore the Kelowna and West Kelowna Ale Trail.

As the largest city in the Okanagan Valley and the third largest in British Columbia, Kelowna rewards every type of traveller. This lakeside city is well known for its many beaches, golf courses and restaurants, and of course wine is a big deal here with more than 40 wineries within a 20-minute drive.

Craft beer lovers have many reasons to be excited, too. Historically, Tree Brewing was the trailblazer here (c. 1996), and while its original plant is gone now, the waterfront Kelowna Beer Institute grew out of the Tree brand. Plus, Tree’s legacy has led to a whole forest of new breweries sprouting in the North End Brewery District. Currently, there are seven breweries within walking distance there, along with the Welton Arms, a pub featuring British-style ales brewed locally along with food prepared on site.

Like to bowl while sipping craft beer? There are actually two different breweries in Kelowna where you can try to bag a turkey (three strikes in a row): the recently renovated Freddy’s Brewpub and BNA Brewing, which is based in a gorgeous, historic building in the downtown Cultural District.

Kelowna’s craft beer revolution has spread far beyond the central city, including brewery bubbles in the northeast part of the city as you head towards the airport and down south along the lakeshore to the Mission District.

Check out the growing craft beer community across the floating bridge in West Kelowna. The newest brewery, Lakesider Brewing, is smack dab in the middle of wine country on Boucherie Bench overlooking Okanagan Lake, and here the focus is on crowd-pleasing classic craft beer styles. Established in 2017, Kind Brewing is bringing all kinds of craft beer styles to the Okanagan Valley, including German-style dunkelweizen, Belgian-style witbier, North American hazy IPAs, and English-style brown ales. The team at Kind has the perfect pairings to go with those delicious beers, too: barbecued ribs and burgers straight from the smoker, as well as house-made pizzas.

West Kelowna has plenty of opportunities for hiking, beaches, swimming, golf and even dog-friendly beaches along the shores of Okanagan Lake.

There are plenty of great hotels and other accommodation options in the Kelowna area. Check out this page for information on Packages & Promotions that are currently available.

The Kelowna and West Kelowna Brewery Passport is available for free at any of the participating businesses, as well as at local tourism Visitor Centres and some hotels. 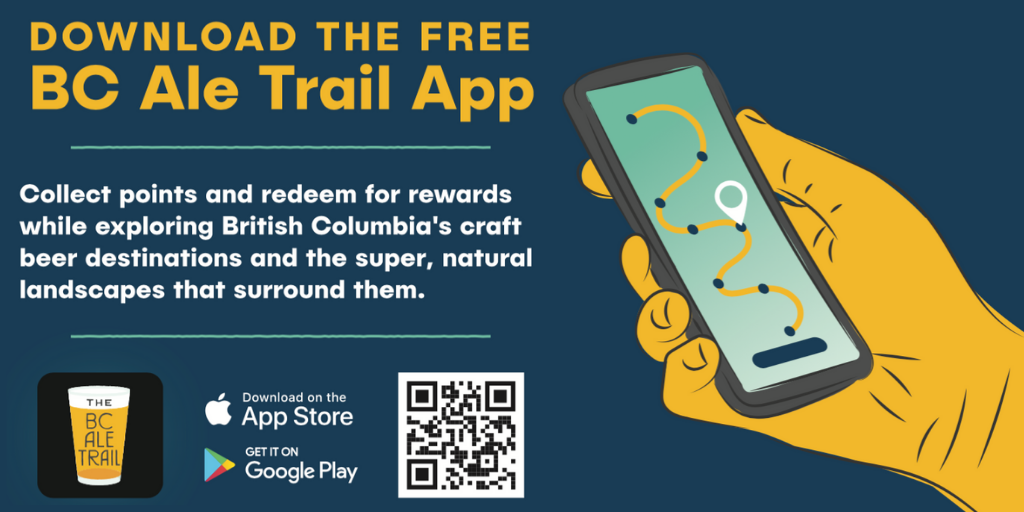 The BC Ale Trail app is a useful map and informational tool for exploring local breweries. Collect points at each brewery you visit and redeem them for rewards. 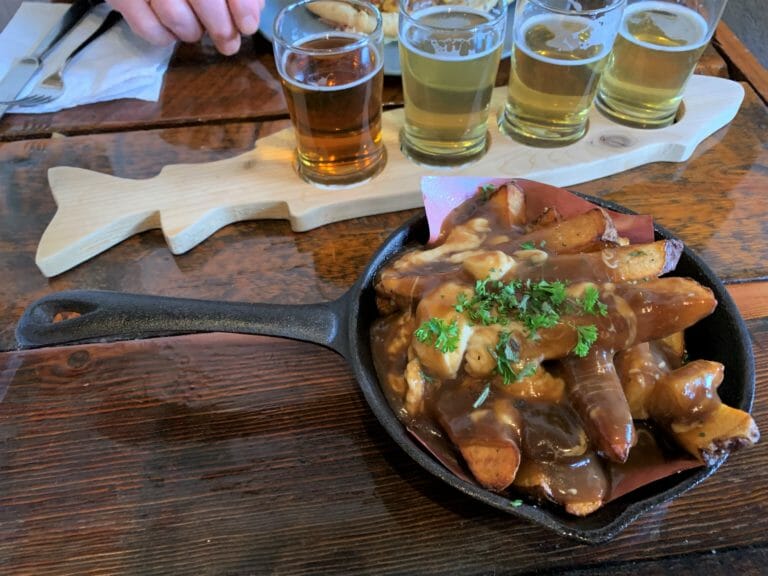 NOTE: Due to the COVID-19 pandemic, Kettle River and Provisions Kitchen have limited operations. They are still offering off-sales of packaged product (cans and new, unused growlers). Provisions is also offering their food in take-out form, available for takeaway or delivery. Opening hours are from 3:00 pm to 7:00 pm on Wednesdays through Sundays. Please … Continued 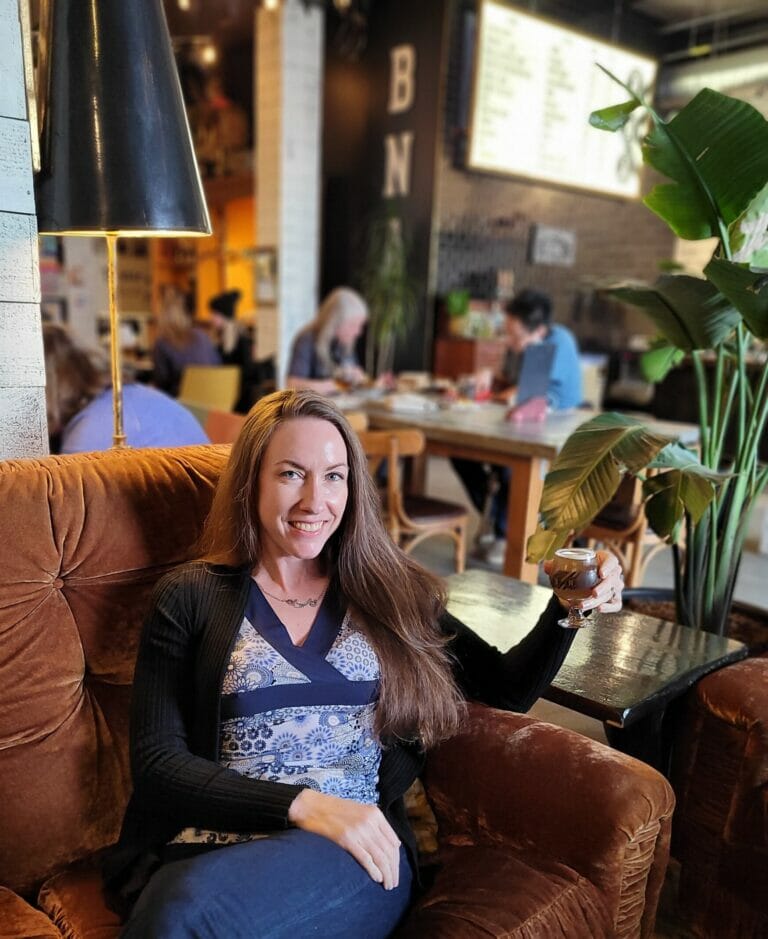 The Kelowna & West Kelowna Tasting Passport gives you the opportunity to win awesome craft beer swag. All you have to do is collect a stamp from 6 of the participating craft breweries and liquor stores. Two years into the pandemic, most of us are desperate to use our passports again—to collect more stamps on … Continued 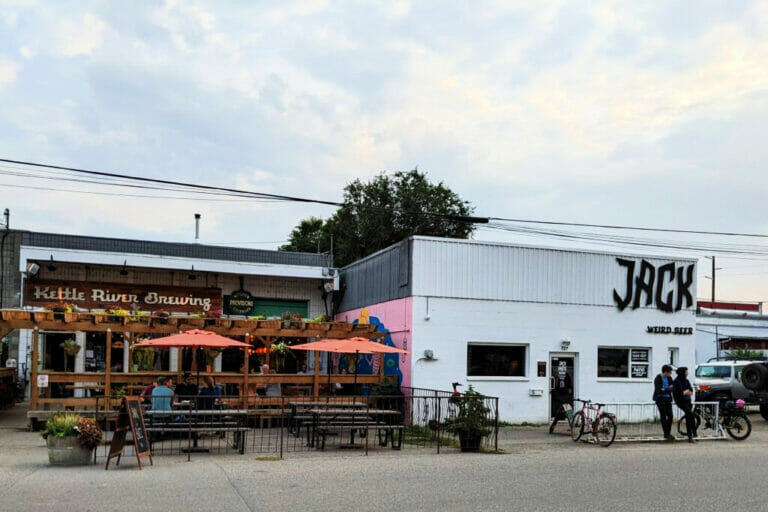 I hadn’t crossed the border into BC for over two years. Eager to return and explore the province, I planned a road trip to Kelowna: a new-to-me destination known for its wine, sunshine, and lakeside leisure. But there’s more to Kelowna than wine country vacations — it’s also home to a thriving beer scene. As … Continued