Relatively few travellers venture north of Whistler on the Sea to Sky Highway. I’d always wanted to explore the Pemberton Valley and beyond, so I continued my beer-hiking trip from Kelowna to the town of Lillooet. The Fraser River carves through rugged mountain terrain here, hours from the nearest big city. It was a wild, yet welcoming place to pull off Highway 99 for some local suds.

New in September 2022, Lillooet Brewing wasn’t yet open during my trip. Co-owner Sam Quinlan invited me to stop by the brewery for a tour. I was greeted by the sweet smell of a stout brewing when I arrived, and brewer Sacha Bordas took some time away from the brewhouse to show me around.

Housed in a former feed store, Lillooet Brewing offers a gorgeous interior space with mountain and river views. Potted plants and local wildlife photos decorate the walls. A mural behind the bar — created by artist Scott Partridge — also depicts local wildlife. There’s a clear theme throughout: Lillooet Brewing is all about wildlife conservation and stewardship and sees itself as a de-facto “National Park headquarters” for the area.

I tasted Mule Deer Lager and Mountain Bluebird Belgian Wit. Both beers poured beautifully in Lillooet’s custom glassware and were great examples of their respective styles. I get the sense that these brews are best enjoyed right here in the taproom for the full experience. Or perhaps on a mountainside. To that end, Lillooet Brewing sells beer to-go in cans for your next outdoor adventure (always remember to pack it in, pack it out).

QR codes on the cans link to Lillooet Wild, a partnership project between Lillooet Brewing and Lillooet Naturalist Society. An educational resource, the site features information on local wildlife including habitat, conservation concerns, and what you can do to help. Artwork and branding are consistent across the taproom, cans, and website, with Scott Partridge’s distinctive art style displayed throughout. Even the (five!) bathrooms each have a unique animal theme.

It’s clear that Sam and Sacha care deeply about wildlife conservation. They are equally passionate about beer and building a destination brewery in their community. I can’t wait to return to try more of Lillooet Brewing’s beer on my next BC Ale Trail road trip.

Lillooet Brewing offers 12 taps, including their own beer and guest taps. The space is family and dog-friendly, and you can bring your own food. Eventually, food trucks will be available as well.

From Lillooet to Pemberton

From Lillooet, the next nearest brewery is 95km away in Pemberton. The mountainous stretch of Highway 99 between the two towns is simply stunning. I pulled off multiple times for photos — noting the grizzly bear warning signs. From Seton Lake to views of Mt. Brew, the scenic stretch south of Lillooet leads to lakeside provincial parks outside of Pemberton. I stopped by Joffre Lakes Provincial Park for a short jaunt to Lower Joffre Lake in the rain. Another adventure to add to my “next time” list: hiking to these glacier-fed lakes in better weather.

Located just 30 minutes north of Whistler, Pemberton is considerably quieter than its neighbouring resort. My first stop in town was of course the brewery. Established in 2018, Pemberton Brewing is tucked into an industrial park with views of nearby Mt. Currie. I immediately appreciated the taproom’s chill vibe and relaxed, woodsy cabin feel. Tom Petty and classic rock tunes played as I sipped a dank and delicious Cream Puff NE Pale Ale.

Pemberton Brewing’s tap list was mostly made up of IPAs and pale ales, along with a couple of sours. This didn’t surprise me at all given their demographic. Pemberton Brewing is especially popular with mountain bikers. Nearby trails (including one called “Cream Puff”) criss-cross hillsides above the brewery. And if there’s one thing bikers, hikers, and outdoor enthusiasts want after an outing — it’s a cold, hoppy brew.

As the late summer sunset, I was ready to settle in for the night. Pemberton Valley Lodge is just 6km from the brewery — conveniently located at the edge of town. Having never visited Pemberton before, I wasn’t sure what to expect. But all expectations were exceeded when I pulled up and checked into this modern, comfortable mountain lodge.

A pair of chilled Coast Mountain Crystal Chair Pilsners greeted me upon arrival. I cracked one open and ordered takeout from the nearby Fish and Rice Sushi Restaurant. After a long day on the road, relaxing in the room was a great way to wind down.

My spacious suite had all the comforts of home — and then some. The kitchen, fireplace, and balcony were welcome perks. But my favourite personal touch was the French Press, complete with a bag of Hammer Roasting Coffee from Whistler. I brewed up a batch in the morning and enjoyed it on my balcony, overlooking the outdoor pool, hot tub, and surrounding mountains.

Finally, one incredible amenity worth noting is Pemberton Valley Lodge’s guest bike program. Guests can borrow complimentary mountain bikes, while also enjoying access to secure bike storage, spare locks, a bike wash, and a tuning station. If you’re a cyclist, why stay anywhere else? I’m already planning my next trip to Pemberton and Lillooet with at least a couple of nights here!

Unfortunately, my time in Pemberton was short and I missed stopping at The Beer Farmers. Beer made on a farm is right up my alley, so I’ll be sure to visit on a return trip. Instead, I headed to Whistler to explore the Sea to Sky Ale Trail and experience the annual Whistler Village Beer Festival. Until next time, BC!

For more beer and hiking throughout the PNW, check out our book, Beer Hiking Pacific Northwest. 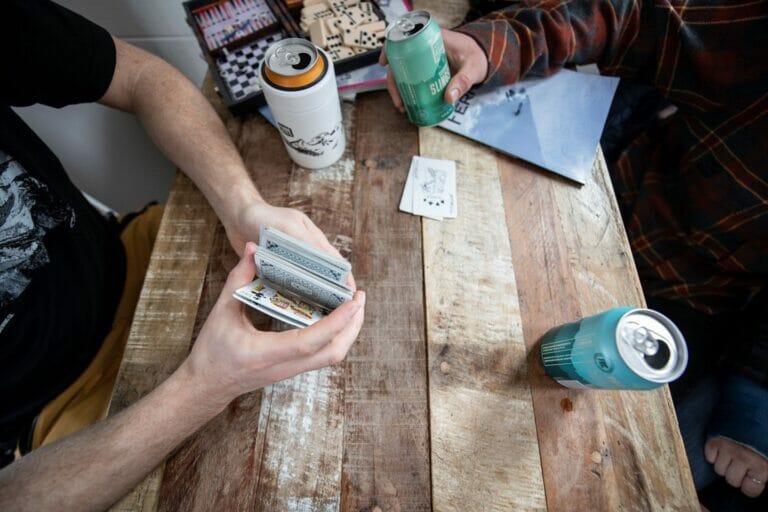 Nine BC Campgrounds Near Craft Breweries

Whether it’s summit beers or river-side brews, a crisp après ski or campfire cold ones, it goes without saying that not much pairs better with beer than the great outdoors. It only gets better when you get to spend the night in nature, a beautifully-stocked cooler by your side or a brewery just down the … Continued 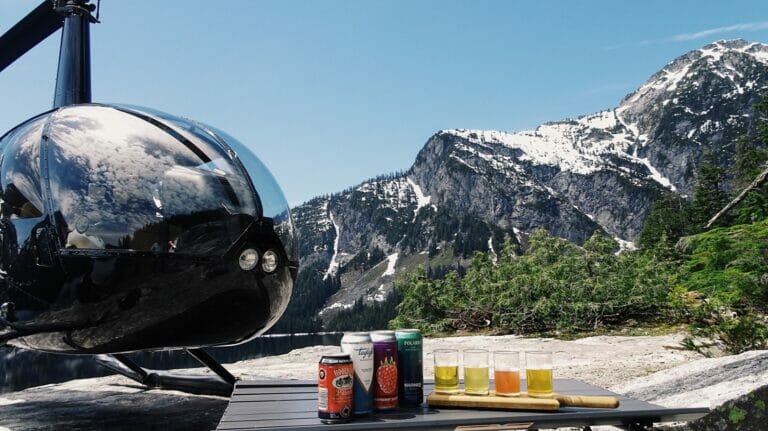 Take to the Air For Your Next Beer Tour

Helicopter and floatplane tours offer spectacular views and delicious craft beer. Travelling to visit breweries is always fun, whether it’s by car (with a designated driver of course), by bicycle, or even just walking between tasting rooms in the same neighbourhood. But what about flying in a helicopter or floatplane?! That definitely takes brewery touring … Continued 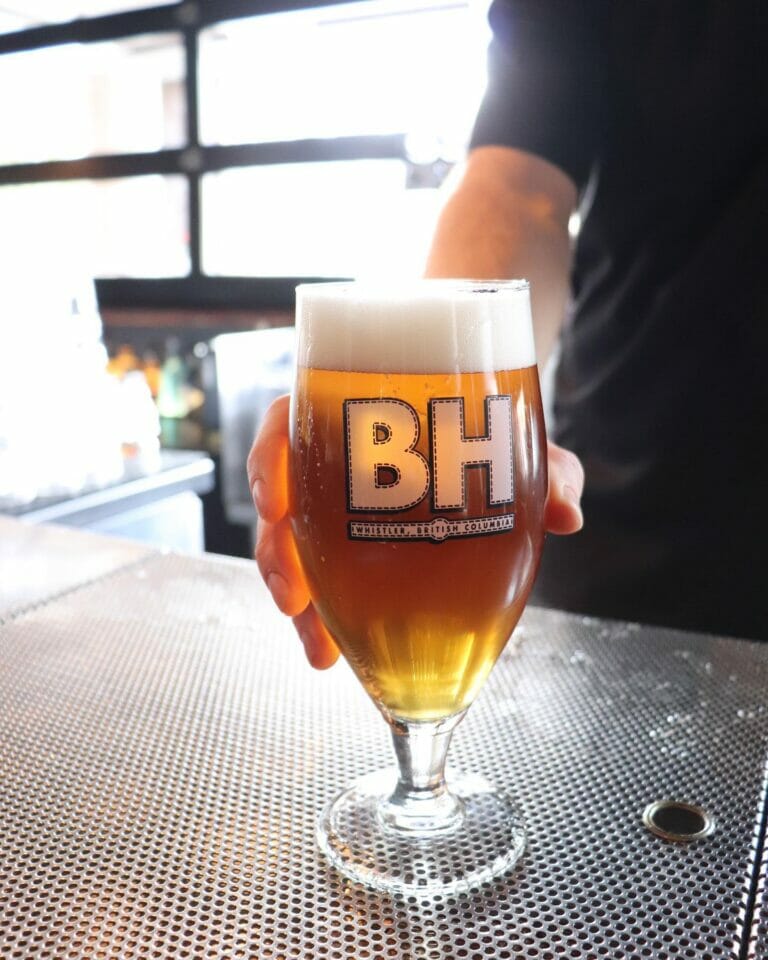 Wet Your Whistle on the Whistler Ale Trail

Pre-COVID, Malcolm Yates went for a wander around the Whistler Ale Trail to taste great craft beer and take in inspiring views. If Whistler’s on your craft beer bucket list this summer, here are a few ideas to help plan your visit. Whistler rules, but I need to tread carefully here. I mean, there are … Continued