Robert Edmonds and the folks at Main Street Brewing are bringing new meaning to the term ‘brand storytelling’ with their latest Bond-esque brew series—and you’re invited to sip along on their next mission.

For the third instalment of our Artist Behind the Label series, Robert Edmonds—co-founder of Evoke International Design and part-owner of Main Street Brewing—touches on his creative rituals, his taste in the tasting room interiors and the importance of good storytelling when it comes to design. Rob’s been crafting Main Street’s distinct brightly-coloured labels since the brewery’s inception in 2014—when the craft brew craze was just catching on. His designs celebrate the history of Vancouver’s storied Brewery Creek neighbourhood and, as of late, they’ve been inviting patrons on a series of ale-ventures that will keep you on the edge of your bar stool.

Nicole: Alright, let’s start from the beginning. Tell me about yourself! What sort of life steps led you to where you are now as a designer?

Robert: I grew up in Melbourne, Australia and my first toe-dip into real-world design was a stint of ‘work experience’ at iconic Australian record label, Mushroom Records, before landing a job in a small design studio. As with most Australians, I eventually went travelling and settled in London; again, working in a design studio, this time creating packaging. From the UK, I moved to Vancouver and spent two years working at Palmer Jarvis Advertising before returning to Australia and taking up an Art Director’s position at FCB International.

By this stage I’d met my future-permanent-date and we moved back to Vancouver to start our businesses. Janis (Nicolay) is a photographer and I launched my own design studio. Eventually, my studio merged with my brother-in-law and bar mate, David Nicolay, to form Evoke International Design.

N: Evoke specializes in all kinds of design—interior, graphic, motion. Is there any niche you particularly enjoy?

I think over the years that has informed my work, as I try to let the style of the music lead the design (much the same way I think the style of beer should be part of the can design!).

N: Evoke talks about using spatial design as another vehicle for communication. Can you tell me more about that?

R: Evoke has a very modern aesthetic and my business partner, David, handles the interiors side, as well as designing modern houses. When we formed the company, we were doing a lot of restaurant design, which incorporated both interior and graphic design so we were able to create coherent spaces that used the same language throughout.

N: Have you always felt like you were meant to do something creative?

R: Yes. I was originally interested in fine arts but ended up going the graphic design route. I still always carry a sketchbook with me. I paint in my free time, and I’m also in a band, The Wivez. (Editor’s note: I can confirm their newest single, “Take You Higher” is pretty rad. You should check it out the next time you have a cold Fruit Bomb in your hand.)

“My portfolio consists of over 600 [music] poster designs…I think over the years that has informed my work, as I try to let the style of the music lead the design (much the same way the style of beer should be part of the can design!)”

N: Let’s talk about Main Street Brewing—how did it come to be?

R: Early on, Evoke was drawn to the hospitality industry and we wanted to practice what we preached from a design point of view. David and I, along with Wendy Nicolay and Nigel Pike, are partners at the Cascade Group of Restaurants (The Cascade Room, El Camino’s and The Union). Through that partnership, we teamed up with our friend, Cameron Forsyth (Portland Craft) to create Main Street Brewing.

We initially started off by creating an in-house beer for our restaurants. We called it ‘Main Street Pilsner’, as that’s where all our establishments were located at the time. Then the craft brewery craze hit, so we decided to find a location and open a brewery ourselves.

N: The tasting room space is gorgeous—what was Evoke’s thought process behind the design?

R: The game has definitely been raised in the craft beer industry over the last 5+ years, so conveying the brand not only through the packaging but also through tasting room space is important.

Main Street is in a beautiful old building in the heart of Brewery Creek in Vancouver. It was the original home of Doering & Marstrand Brewery, so we were cognizant of the history and only touched the building lightly. We used complementary materials within the retail store and tasting room to highlight the existing space, including the 30’ high warehouse ceilings and exposed wood trusses.

N: Main Street’s labels are unique. Did you draw inspiration from anywhere in particular?

R: As with the interior design, the labels were designed as a modern interpretation of historical stories from the neighbourhood. We created our core four to stand out against the plethora of multicolored labels on the shelf by keeping them a single colour with a dark graphic icon for each.

N: The “Vacation Series” was a hit! So much fun. How did the idea come together?

R: It was born out of Covid. Travel was not an option for people, so Cam and Nigel wanted to create a series of beers that gave you a chance to escape, if only in your mind, as we all longed to get back to ‘normal’. They worked with our head brewer Azlan Graves on the beer styles and I ran with the designs. We wanted to make the series a journey, so we started with “Departure Lounge”, followed by the arrival at your room with the “Ocean View”, the big blowout party with “Hula Hula Shake”, then finally the recovery day “Poolside”.

People were really engaged with the through-line and we also created a series of videos for the tasting room TV’s and social media (linked above), which embellished the stories.

N: Now, what about this not-so-top-secret new spy-themed series?

R: We wanted to riff on the release of the latest Bond film. Initially, it was going to be very similar to the Vacation Series, but once I got stuck into the design, I saw an opportunity to dedicate more space for a story. I’ve been working with writer J.C. Sorensen, who jumped at the chance to flex his beer muscle! We wanted to have a female hero, so we came up with ‘I.P.Agent Holly Hoppington’, who will be going on a series of adventures to recover the Malt-Tease Falcon.

N: How important do you think storytelling is when it comes to craft beer?

R: I think it’s part of the experience. Whether it’s designing a beer label, a wall mural, or a logo, I think it’s always important that there’s a story behind the design. It gives an opportunity for the viewer to be engaged and therefore perpetuate the story.

N: Do you have a favourite label or series you’ve worked on for Main Street?

R: The favourite is usually the one I’m currently working on at the time.

N: How do you get into a creative headspace? Any pre-session rituals?

R: Beer plus sketchbook. Also, I walk a lot, so a lot of ideas are born between footsteps. I stress over the idea, but once the idea is solidified I can then do the work quite easily.

N: Okay, final question (I always have to ask). Honest truth: Do you judge a beer by its label?

R: I judge a beer by how thirsty I am!

Is there some can art you’re currently crushing on that’s almost too beautiful to drink? (Keyword: almost.) Post your pics and tag the @bcaletrail! 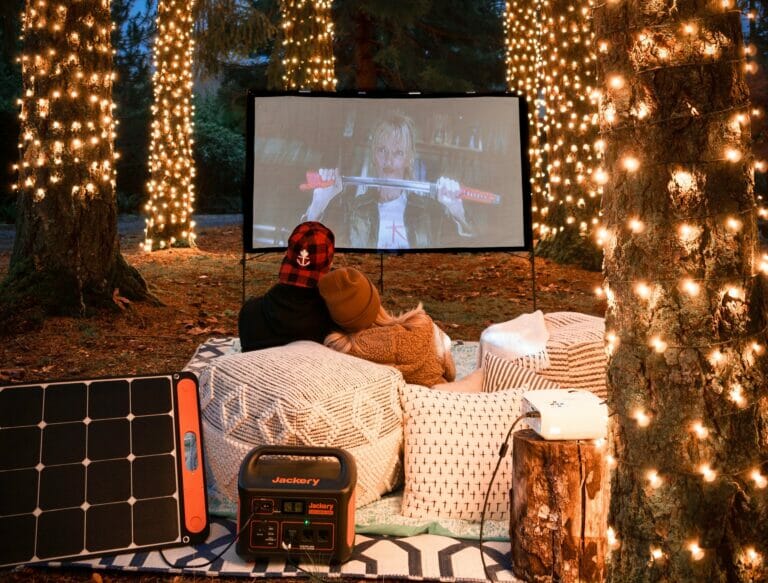 Beer and Movie Pairings to Soothe Your Wanderlust

While we’re all staying close to home, a great movie or TV show about travel can really scratch an itch. It’s not quite the same as the real deal, but watching characters embark on intense adventures or explore faraway lands helps us appreciate both past trips and ones to come. Travel makes us laugh, cry, … Continued 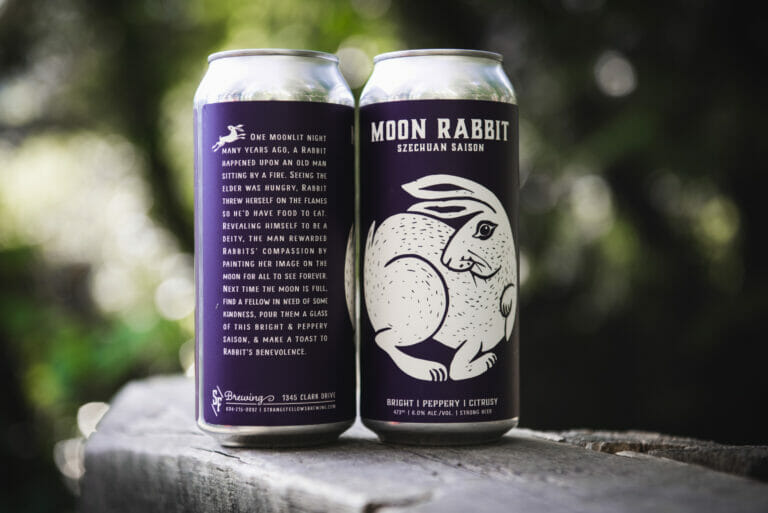 Artist Behind the Label: Christine Moulson of Strange Fellows Brewing

Beer and Art Meet at the Annual Eastside Culture Crawl

It is definitely November. We’ve had wind storms, snow, the BC Beer Awards, and the BC Craft Brewers Conference. Another sure sign of the season in East Vancouver is the Eastside Culture Crawl. This open-studio, four-day event, celebrating its 26th year, runs November 17-20 in 68+ artist studios, featuring 425+ artists, and nine in-studio demos. … Continued