Where the water is clear and the beer is fresh.

Founded by friends with a shared love of outdoor activities, especially fly-fishing, Tailout Brewing has a comfortable tasting room that features its stylish fish logo prominently. Indeed, the name “Tailout” refers to a shallow part of a river where fish tend to gather — in other words, a great place to cast a fly.

The idea for the brewery came to some Alberta friends while they were sitting in a Banff brewery four years ago. They decided to open their business here in British Columbia for a good reason — “because BC is awesome.” They searched for communities without an existing brewery where they could combine their outdoor passions, and Castlegar was the winner. With several breweries in nearby communities plus the Lion’s Head Pub across the river in Robson, the region had been introduced to craft beer already so Tailout was welcomed by the local community when it opened late in 2019.

Brewer Mary Lusty studied her craft at Bishop’s University and previously worked at Canmore Brewing. She keeps a couple of regular beers on tap and then rotates styles through the other six taps regularly so there is always something fresh and unique to try. Although Tailout doesn’t offer its own food, patrons are encouraged to order in from the Grand Buddha Bistro located upstairs or from other local restaurants. The brewery also hosts regular events, including live music, trivia nights, fly-tying clinics, cribbage tournaments, and Pint of Knowledge, a monthly event that features a science speaker talking about their area of knowledge. As if the beer wasn’t enough of a draw! 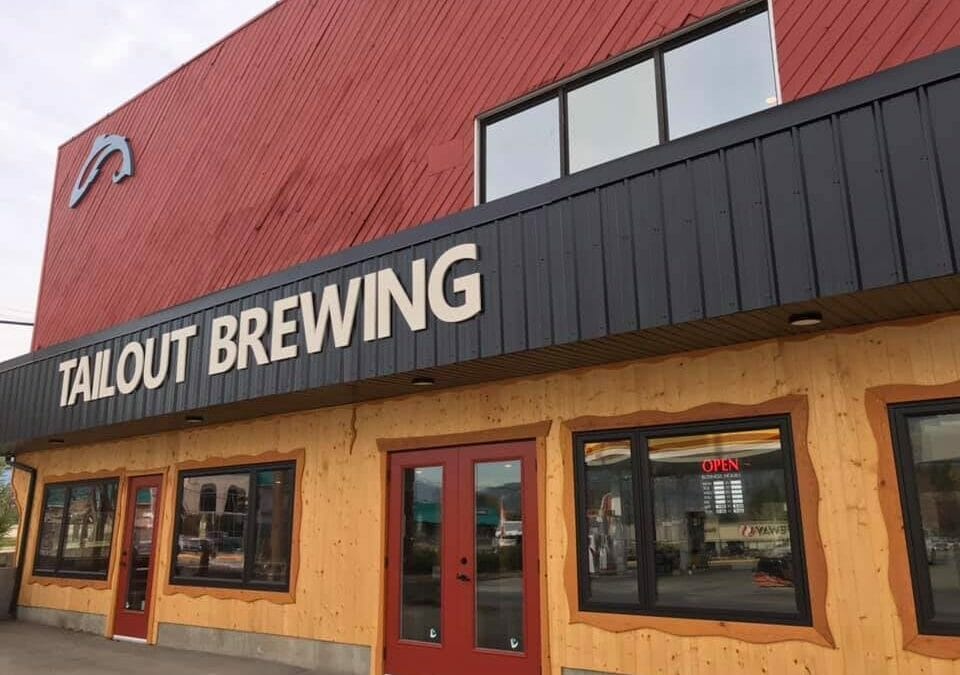 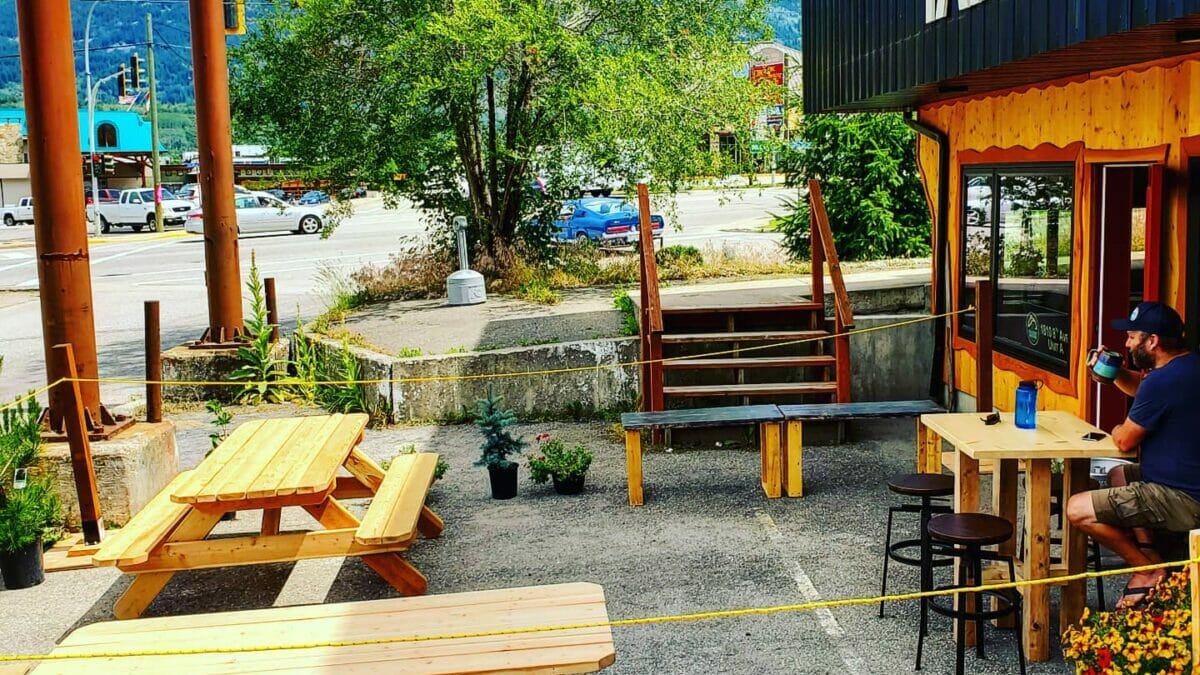 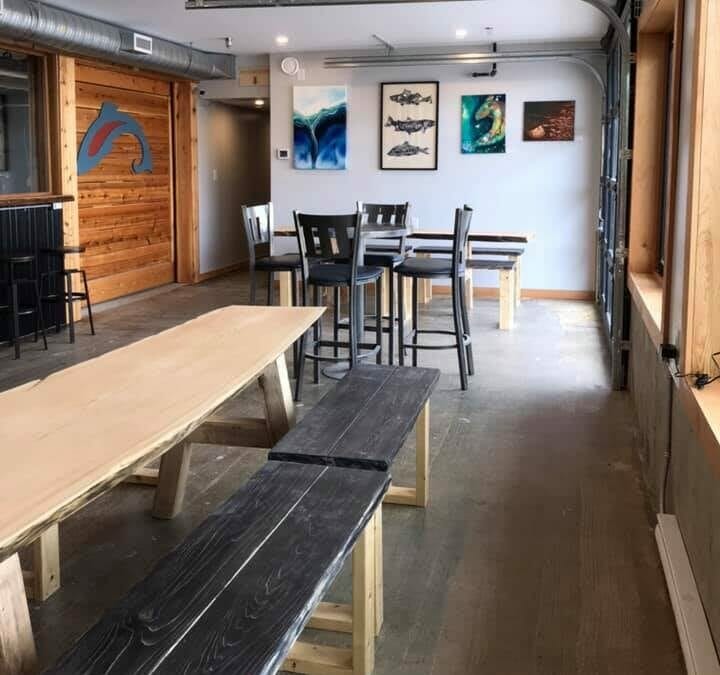 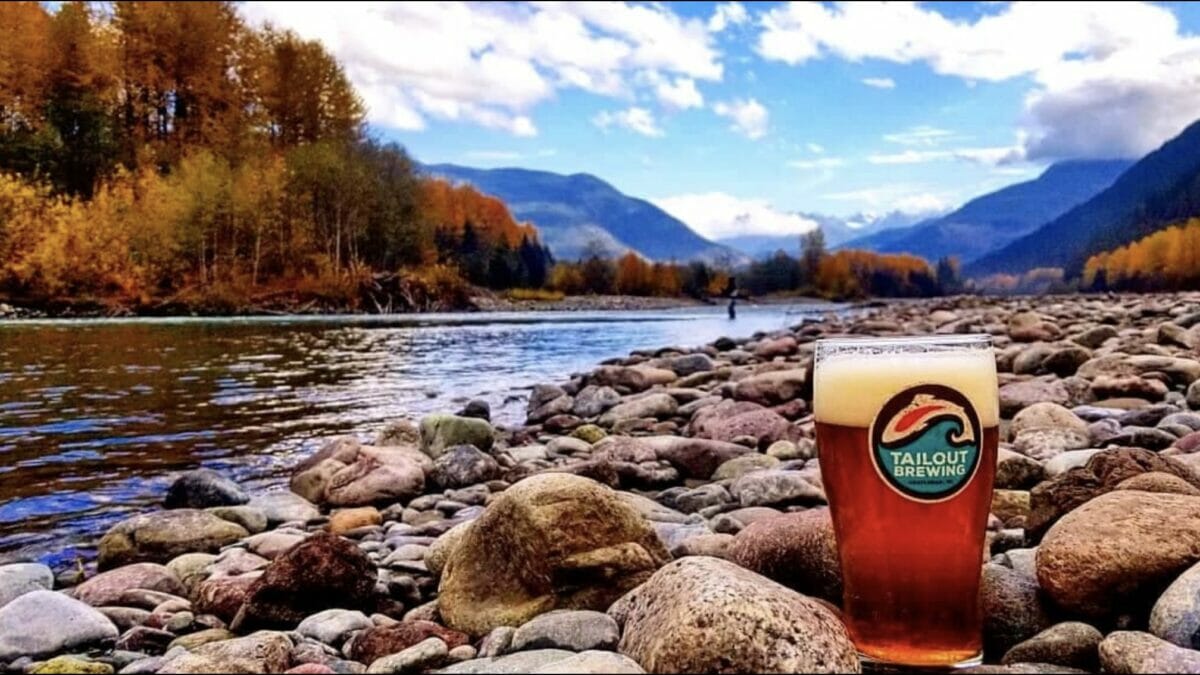 Fancy a flight? Here are some sampler suggestions for Tailout Brewing

Tailout’s Mug Club is an annual membership that gives each VIP member a custom hand-made mug to use at the brewery, which provides a 20-oz pour for the price of a 16-oz sleeve, along with discounts on growler fills and merchandise, exclusive cask nights and special release parties, and a free pint on your birthday. Sign me up!