In 1863, J.B. Chancellier and Nicolas Cunio opened Barkerville Brewery, Saloon, and Lodging House in the new mining town of Barkerville, British Columbia. The brewery quickly became popular – not just for its beer, but for the prize fights it hosted. Even in competition with at least five other nearby breweries, Barkerville Brewery was well loved by the townspeople for years.

Exactly 150 years later, in 2013, a new Barkerville Brewing sprang up. But, due to the challenges of running a business in the historic town, the brewery was in Quesnel, an hour west of Barkerville. Cunio’s luxuriant mustache became part of the logo for the 21st century Barkerville Brewing.

I had the chance to visit both sites of Barkerville Brewing during a road trip my family took this past August. As we moved mentally and physically between the 19th century and our current time, I learned a lot about the present by means of the past. Thanks to the kindness and hospitality of Barkerville Historic Town and Park, my kids, my husband, and I had the chance to briefly experience life in a gold rush town. We followed it up with a visit to the new Barkerville Brewing in Quesnel, where we quenched our thirst, filled a Barkerville growler, and continued on our travels.

Travelling Back in Time

The town of Barkerville requires visitors to drive an hour through the windy, narrow Highway 26, in between mountains and creeks — and increasingly distant from any cell phone reception area. The sense of remoteness adds to the atmosphere of the town itself, which feels completely separate from the modern world.

After leaving our dog Cooper in one of the shaded kennels available on site (there are no animals permitted in the historic town itself), we made our way down the main street of Barkerville, trying to take in everything. Near the entrance, the little Williams Creek Schoolhouse sits nearby the wooden church with its tall bell tower. Until later, we didn’t realize that this schoolhouse is on the site of the original Barkerville Brewing. Much further down the street, the Kerr & Son’s Phoenix Brewery remains intact, although sadly without actual beer for sale.

A filling breakfast at Wake Up Jake energized us for the rest of our visit, which included a horse-drawn stagecoach journey around the town and a walking tour. Every morning this tour is hosted by one of Barkerville’s “interpreters,” who are people in costume as a person from Barkerville’s early years. These interpreters tell visitors about Barkerville from their character’s perspective, and if you see them walking around you can simply introduce yourself and start a conversation. Don’t be nervous! Barkerville’s interpreters are one of the best features of visiting the town.

That morning’s tour was hosted by a woman in a hoop skirt and bonnet who told many stories about the buildings we passed as we meandered down the main street, as well as tales relevant to the specific experiences of the town’s female residents. As a dancer myself, I found her stories about the indentured hurdy-gurdy dancing girls at the St. George Hotel particularly compelling. The modern Barkerville Brewing did as well, naming their Hurdy Gurdy Hibiscus Ale, an International Women’s Day Pink Boots Society collaboration, in honour of these dancers.

You’ll see many friendly interpreters in the town throughout the day. Some that we found particularly compelling were Lucie Sellars, Sintge, and Teacher Zhou. The real Lucie was a T’it’q’et woman who lived near Barkerville, and she is now performed by her great granddaughter Cheryl Chapman. Sintge is performed by Indigenous educator Mike Retasket, and Teacher Zhou by master Chinese musician Ben Zhao. Barkerville has a rich history of Chinese settlement and is located in the shared ancestral territories of the Dakelh and Secwépemc peoples, but the important roles of Indigenous and Chinese people in its development have often been overlooked. Lucie, Sintge, and Teacher Zhou can tell you a lot about the town’s history — and I guarantee you’ll learn something unexpected.

If you want to do some more hands-on learning, there are schoolhouse lessons available — and adults are welcome too! You can start at 11:30 in the Myatovic Cabin, with lessons in Chinese reading, writing, math and music. At 12:30, line up for class in the Williams Creek schoolhouse, where signs specify that children should be seen and not heard (I made sure my kids obeyed). Cultural education sessions on Chinese and Indigenous peoples are also available daily, along with technology demonstrations at the water wheel and the blacksmith’s shop.

And of course, since Barkerville was a gold-mining town, our trip wouldn’t be complete without learning how to pan for gold. The guides at Eldorado Goldpanning and Gifts set us up at the water troughs with wide, shallow pans filled with rocks and pebbles. We were shown how to scoop and swish our pans until eventually all the rocks were gone and only the tiny gold fragments remained, which were put into tubes of water for us to take home as souvenirs. The process was tricky but I was proud when I finally saw those flecks of gold in my pan. In the shop we learned more about gold and were able to see and handle actual nuggets of gold mined in Barkerville — the priciest “rocks” I’ve seen in a while!

After one more walk through Barkerville’s Chinatown and a hike to get a birds-eye view of the town, it was time to leave — with the hope that we would be back soon for a longer visit. I was advised that Barkerville takes about two days to fully experience, and I believe it. We didn’t get to check out the Theater Royal Show or the photography studio, and we needed more time to peruse the museums, the blacksmith shop, and pet the horses.

Before we continued our road trip, we stopped for a break at the current Barkerville Brewing in Quesnel. When Russ Ovans opened the brewery in 2013, he was inspired by all the local history he saw in Barkerville itself and wanted to find a way to honour that history. He also wanted to give BC’s northern interior a taste of the craft beer boom that was sweeping the province. In an interview with CAMRA around this time, Ovans described how he felt about craft beer: “It’s culture. It’s art. When done right, beer gives us an impetus to share the kind of local, authentic experiences that you only find within your neighbourhood pub.”

Barkerville opened its doors to the unknown, without a local craft beer community yet and with only four employees (they’re now up to 15). Their first beer was the 18K Amber Ale — a gutsy choice for their launch since its bitter backbone and dark colour made it a difficult sell to drinkers accustomed to Bud or Molson. That 18K amber eventually won three Canadian Brewing Awards, but building up their customer base was a gradual process.

The tasting room has grown since then, now boasting 12 taps and a tasty food menu. In their current lineup of core beers, according to manager Meghan Lackey, the Sluice Juice Hazy Pale is the most popular province-wide, but among local drinkers, their Wandering Camel IPA and Roadhouse Blonde are the big hitters. But these are just a few of the brewery’s many offerings.

Since its opening, Barkerville has released 40+ beers that reflect their investment in local history — including the uncomfortable parts. Historian Brendan Bailey, whose work on Barkerville history has informed this blog post, indicates in his article for the Friends of Barkerville newsletter that the brewery is doing this difficult work “while still balancing the playful flair in marketing that is a requirement for any brewery hoping to stand the test of time.” He gives the example of Barkerville’s “wonderfully refreshing and discreetly potent Pearl River Lemon Ginger Pilsner …[which] celebrates the Chinese population of Barkerville and acknowledges the governmental discrimination faced by the Chinese right through the twentieth century.”

Although Russ Ovans sold the brewery in 2021 to Flight Partners, a BC-based adult beverage investment company, everything on the ground at Barkerville Brewing remains the same. You might step into the old Phoenix Brewery building in the town of Barkerville itself, but you’ll be disappointed if you’re wanting an actual beverage. Make it a full day trip with a visit to the historic town then over to Quesnel for a flight at Barkerville Brewing. It’s a BC history lesson with BC refreshments, and both are can’t-miss stops if you’re travelling north.

Historical context for this article was sourced the Barkerville Historic Town website and this essay:

Barkerville Brewing can be found on the Northeast BC Ale Trail.

Quesnel is home to amazing mountain bike trails with a kid-friendly beginner loop at the Wonderland Network, as well as some new, more advanced trails.

Pinnacles Provincial Park is a nice, short hike, with great views of the hoodoos and a view over Quesnel, it’s only 10 mins from downtown.

Dragon Lake is great for exploring by kayak, paddleboard, canoe or boat. It can be accessed from a public boat launch or from Legion Beach.

The Quesnel Museum has kid-friendly activities. It is adjacent to LeBourdais Park which includes a splash park and the city’s best playground. 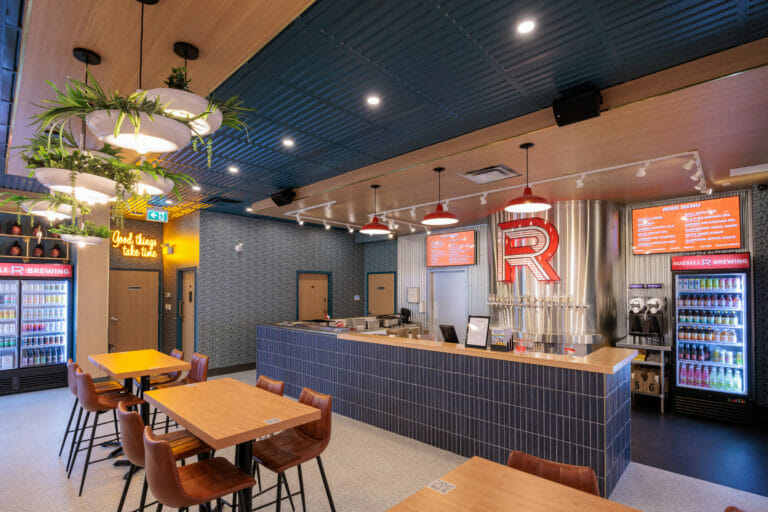 27 years after opening, Russell Brewing has just opened its tasting room this summer! This brewery was at the forefront of the craft beer movement in BC as it was one of the original 10 to open in the 1990s. Their core beers have become icons — A Wee Angry Scotch Ale, Blood Alley Bitter, … Continued 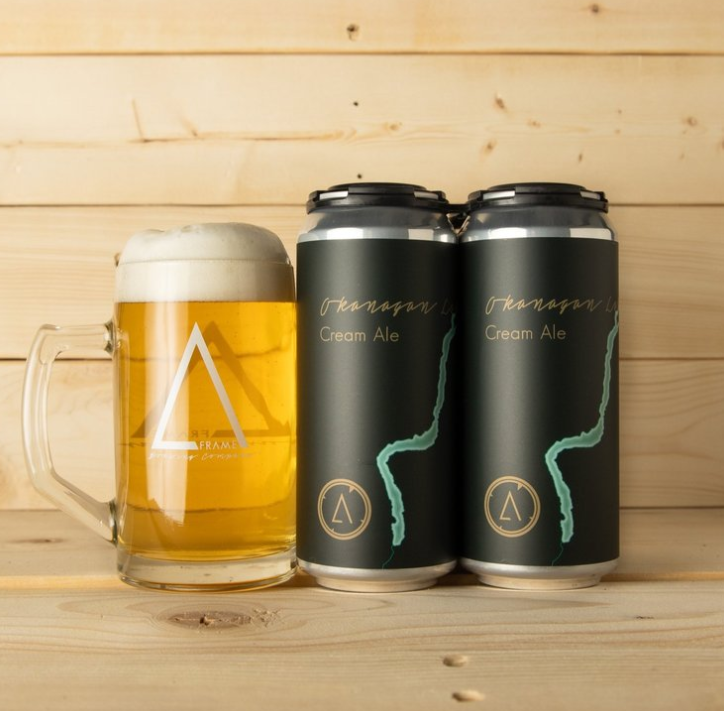 Do You Take Cream With That? BC’s Cream Ales, Then and Now

With milkshake IPAs everywhere these days, beer drinkers might be forgiven for thinking that a “cream ale” is the same kind of thing. An older American style that was popular in the 1980s, cream ales are starting to appear on BC breweries’ taplists again. But cream ale has no dairy in it, nor is it … Continued

A BC Beer Hunt: Roadtripping Up North to Ursa Minor Brewing

With any road trip in BC, there are new breweries to experience and even to stay at. Our journey up through the Northwest Ale Trail included three nights staying near BC’s most remote craft brewery: Ursa Minor Brewing. Let the Ale-Trailing begin! August in BC is beautiful. With pandemic restrictions declining and air travel nightmares all … Continued