Another year, another epic lineup of programming for Victoria Beer Week! The 2020 edition of this 9-day beer (and food) festival has some old favourites returning for another year, as well as some brand new events to spice up your life.

VBW launches on Friday, March 6th with Lift Off! Held in the Victoria Public Market, this event sees at least a dozen brand new brews from some of BC’s best craft breweries. Food from the Market’s various vendors will also be available for some extra sustenance.

The evening offers a chance to sip and savour the BC craft beer scene all in one go, with the event running from 7:30pm to 10:30pm. Perfect for seasoned drinkers, as well as craft beer newbies, this one sells out fast so be sure to get your tickets sooner rather than later! 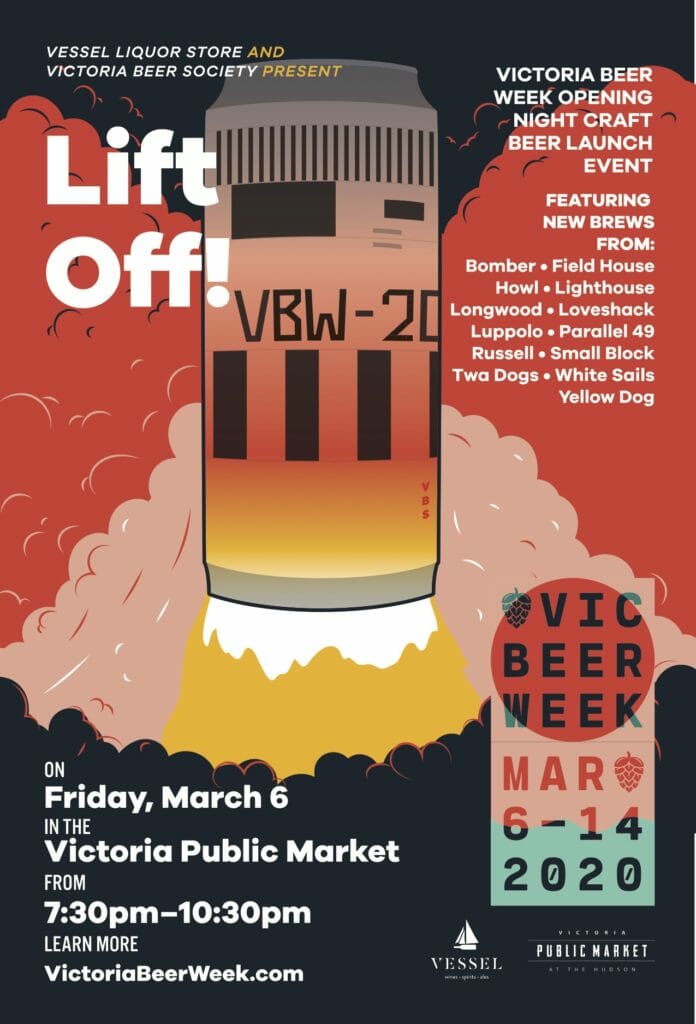 Something for everyone on Saturday

March 7th has a full day of scheduling, starting with a new Beer School event honouring the life and legacy of Victoria’s beer historian, Greg Evans. The Greg Evans Memorial Beer Walk will start at 11:00am and 2:00pm, taking attendees on an entertaining and educational 90-minute walking tour around historic downtown Victoria.

Hosted by Chris Adams (of Discover the Past Tours), the tour includes beer-soaked stories of Victoria’s early days, as well as a stop at Swans Brewery for a pint and a chance to peruse some of Greg’s collection of beer-related artifacts and photos.

At 4:00pm, the first session of the Street Eats Brewery Tour begins. The event runs until 7:30pm and sees attendees hopping on the brew bus for a mobile supper. Behind-the-scenes tours at three local breweries, as well as beer tasters and signature food truck snacks at each, will be featured.

Then, from 7:30pm to 10:30pm, the Victoria Public Market will be hosting All About the Wood. A favourite among beer geeks, this event showcases a wide range of beer styles that are aged in wood barrels. Sample sours, Brett-conditioned beers, barleywines, imperial stouts, wild ales, and more to broaden your beer horizons.

Sunday, March 8th starts with a full session of learning about how to make beer at home. Moon Under Water Brewpub is hosting a Homebrewing Workshop from 11:00am to 5:00pm. Clay Potter, brewmaster at the Moon, will be leading the workshop in conjunction with BrewVIC. Lunch is included in the session (and features a burger bar), as is a taster flight of Moon’s own brews.

After an hour’s break to let some of that knowledge soak in, head on over to Spinnakers Brewpub for a brand new event called Publican’s Picks. From 6:00pm to 9:00pm, enjoy a dinner hosted by longtime Publican of Spinnakers, Paul Hadfield. Experience some of BC’s craft beer history in the flesh in Canada’s original brewpub (since 1984!) and enjoy some of Paul’s favourite beers, paired with delicious creations made by Spinnakers’ chef, Ali Ryan. The evening promises to be both educational and entertaining – a great way to wrap up the weekend.

Monday, March 9th brings back two popular events. First up, Beer, Pizza, and Gelato (at 5:30pm to 7:30pm for the early seating or 8:00pm to 10:00pm for the late seating) offers attendees four specially created wood-fired pizza courses, inspired by and paired with a craft beer. Hosted at Pizzeria Prima Strada’s Fort St. location, their house-made gelato puts the dessert cherry on top of the pizza-and-beer cake!

If you don’t get a coveted seat, don’t sulk in your suds for too long. The Ultimate Craft Beer Quiz will be on at the Fernwood Inn from 7:00pm to 10:00pm. Take on the VBW Dream Team of Thirsty Writer, Joe Wiebe, and The Growler’s editor, Rob Mangelsdorf, and prove you know your brews better. Hosted by Victoria’s Quiz Master, Benji Duke, this event is a perfect way to boost your beer trivia knowledge while having a grand ol’ time to boot!

Food and beer and tacos, also known as Tuesday

March 10th showcases beer alongside its favourite friend, food! From 5:30pm to 7:30pm, Victoria’s very own Advanced Cicerone®, Stephane Turcotte, will be hosting Food + Beer = Delicious! at his brewery, Île Sauvage Brewing. Part of this year’s Beer School programming, this event will teach attendees how to pair six beers with different components of food. Explore flavours like bitter, sour, and sweet and see how effervescence in beer mixes with them to deliver a palate-pleasing profile.

Keep the food and beer train going and head to the Victoria Public Market from 7:30pm to 10:30pm for Taco Tuesday. Creative tacos curated by the Market’s vendors will be paired with BC craft beers to complete the food-’n-fun-filled evening.

Wednesday, March 11th offers another deep dive into the world of beer with two beverage-focused events. From 5:30pm to 7:30pm, Île Sauvage Brewing will be hosting a Walk On the Wild Side. This Beer School event focuses on wild yeasts and learning how they affect a beer’s flavour profile. Stephane will be taking attendees through a tasting of six wild fermented beers to highlight their unique and unusual flavours.

From 6:30pm to 9:00pm, LURE Restaurant + Bar will be home to a spirited competition called In the Spirit of Beer. The event brings together eight local bartenders, coached and curated by VBW partners, Nimble Bar Co., who will be putting their mixology skills to the test to create their very own beer cocktail. Attendees will have a chance to witness the competition, taste-test the creations, and vote for their favourite beverage. The judges will then deliberate to select the winner. Bites from LURE’s kitchen will also be served during the evening.

March 12th packs its own punch straight into your taste buds with two events. From 6:00pm to 7:30pm, learn about the similarities between brewing coffee and brewing beer at Beer School’s Beer + Coffee event. Hosted by Discovery Coffee, this event features two of Victoria’s beverage professionals to take you through a magical journey culminating in two tasting flights (one featuring coffee and the other featuring coffee beer).

From 7:00pm to 9:00pm, Garrick’s Head Pub and Churchill Pub will be adding some tartness to your Thursday with Pucker Up. Get your sour on and sample Gose beers, Brett-conditioned ales, kettle sours, and more beers that’ll leave your tongue wondering when the madness will end!

Take a walk on the lager side of life

On Friday, March 13th a brand new event joins the Victoria Beer Week lineup. Lager Than Life is on from 7:30pm to 10:30pm at the Victoria Public Market and will be showcasing lagers in all their glory. Due to their longer and slightly different brewing process, lagers have not been as prominent in the world of craft beer as their ale counterparts. Recent trends have seen more craft brewers embrace the lager and, this year, lagers will take centre stage to show the craft beer community what they’re made of. Food options are available through the Market’s vendors and a special guest appearance by Dumpling Drop will be the perfect pairing to the evening’s beers. 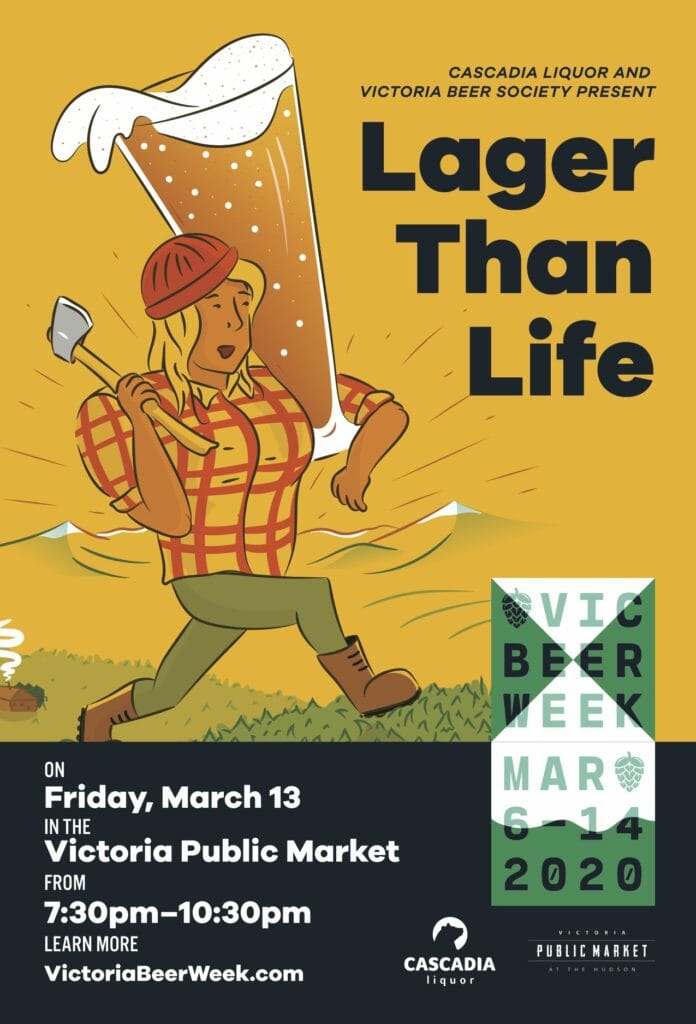 March 14th has a full day of events in store to wrap up another year of Victoria Beer Week. First up is another favourite, the Brewmaster’s Brunch, held at Swans Brewery this year from 11:00am to 1:00pm. Join brunch aficionados, beer lovers, and some of BC’s brewmasters to eat, drink, and socialise before heading off to the next event.

From 3:00pm to 4:30pm, Argyle Attic is hosting a party straight out of the year 999 (AD, that is). At the last Beer School event of VBW 2020, Party Like It’s 999! Take a trip to the past and taste through a flight of brews inspired by ancient recipes. With hosts from Howl Brewing and Salt Spring Island Ales to guide the journey, this event will be one of the history books!

Another chance to explore the modern brewing age comes in the form of the second session of Street Eats Brewery Tour II. If you didn’t make the first one (or you’d like another go of some of Victoria’s best breweries, complete with ice cream beer floats this time!), join West Coast Brewery Tours from 4:00pm to 7:30pm for this behind-the-scenes excursion. Then, hop back on the shuttle to get dropped off at the last event of this edition of Victoria Beer Week.

The Victoria Public Market will close out the week once again with Saturday Night Casks, from 7:30pm to 10:30pm. Come sample more than 25 unique cask-conditioned beers and enjoy eats from the Market’s vendors.

Come celebrate seven years of beers and cheers with Victoria Beer Week. Get your tickets while they’re still available and see you there! 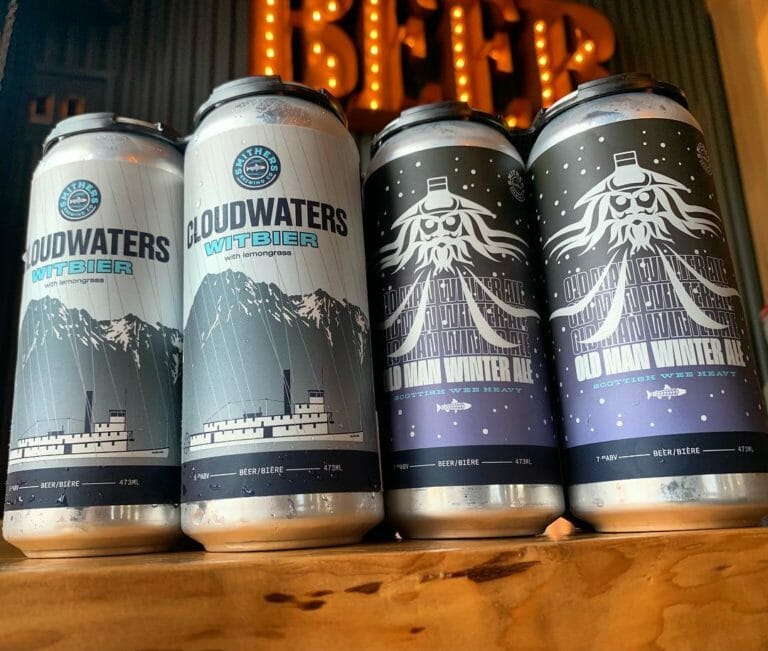 The mighty Skeena is B.C.’s second longest river and home to one of the largest salmon runs in Canada, but this massive, pristine waterway is increasingly under threat from industrial development. Smithers Brewing and world-renowned First Nations artist Roy Henry Vickers are teaming up to celebrate the river and raise awareness about the risks it … Continued 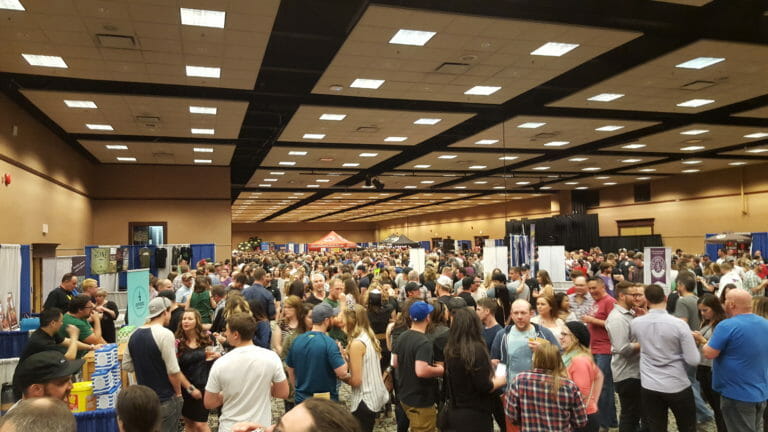 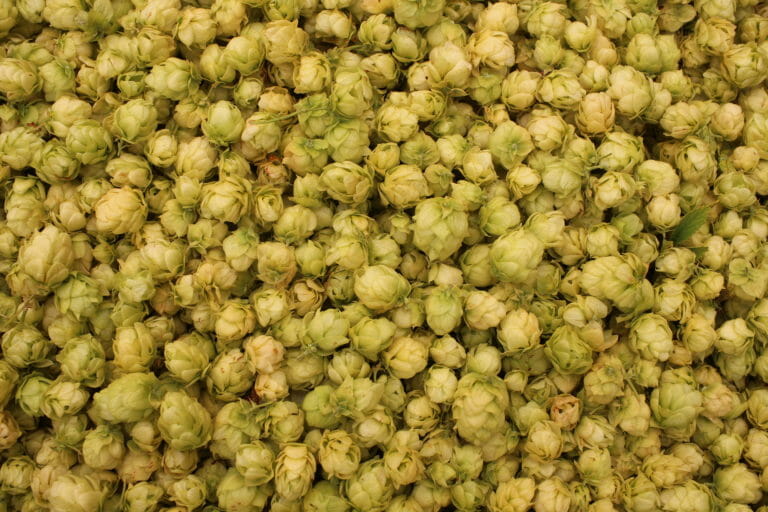 September marks the beginning of the new school year, and also the graduation of freshly harvested hops into popular fresh-hopped beers. The craft beer community in British Columbia is ravenous for these beers. While most beers are traditionally brewed with dried hops, some breweries will prepare a beer during the late-summer hop harvest that involves … Continued