The South Okanagan is well known for its sprawling orchards, scenic vineyards and many renowned wineries. Situated just north of Oliver, BC, “Canada’s Wine Capital,” is a brand new idea for BC and Canada: The District Wine Village, a one-stop-shop for all things wine — and now beer, thanks to Langley-based Trading Post Brewing, which has just opened a new location there.

In what was originally a field on the side of the highway, the District Wine Village, located on Osoyoos Indian Band land, now showcases a brewery and eatery to go along with 13 wineries and counting. With the gorgeous scenic background of nʕaylintn, a unique rock formation resembling a First Nations Chief, the District Wine Village itself is an island of buildings in a circular shape with a plaza nestled in the centre for events, markets and celebrations.

“We learned about District Wine Village during our inquiry about our sister company, a winery called Valley Commons, which will also be joining the village,” says Lance Verhoeff, Co-Founder of Trading Post Brewing. “While discussing opportunities with the developers of the District Wine Village, they mentioned they were considering having a brewery and eatery involved, and a lightbulb went off. We thought it would be an awesome spot for Trading Post.”

Trading Post Brewing first opened in Langley, BC in 2016 and just celebrated its 5-year anniversary. The Trading Post team has since opened eateries in both Fort Langley and Abbotsford. Now, the first location outside of the Fraser Valley has officially opened in Oliver, as both the only brewery and eatery in the Village.

“We saw an incredible opportunity at District Wine Village. Beer and food is what we do, and curating that with a great experience is our wheelhouse.” – Lance Verhoeff

The new brewery is “quite cozy” (extremely small) and has a 10-HL brewing system that will be put to work by Jason Armitage, the Head Brewer for the location. Having formerly worked in the Langley brewery location with Tony Dewald, brewmaster of 30+ years, Armitage has a good idea of what Trading Post is all about: quality and consistent beer, with well thought out recipes and unique twists. He already has plans for a collaboration with Oliver’s other brewery, Firehall Brewery, and is being bothered by staff members for various fruit beers and wine hybrids.

“It’s a unique opportunity that no brewery in this province had ever seen,” says Armitage. “We get to tap into the local ingredients and I get to work with a talented team. I also get to compare and contrast techniques with our neighbouring winemakers. And of course the scenery is gorgeous,” he adds.

“Just as shocked as I was to learn that not everybody likes beer, it turns out that not everyone likes wine, even in Oliver!” Verhoeff says, laughing. “The brewery and eatery are both very approachable and warm. It is a casual experience and a great place to unwind. We bring chill vibes among the whole wine-tasting experience and we’re sharing that energy with the whole Village.”

“We are also so excited to work with our community of wineries in the Village to create one awesome experience together,” says Verhoeff. With 13 wineries directly neighbouring Trading Post Brewing, there will be endless opportunities for collaborations, wine and beer hybrids, and excellent access to barrels.

With this new Oliver location up and running now, Trading Post Brewing has ambitious plans for growth. “We will also be opening a brewery in Calgary and we are looking for more Canadian cities that will not only work with our brand, but allow us to make a small positive community impact,” says Verhoeff.

Penticton is already well known as an incredible craft beer destination, but be sure to carve out some time to drive 20 minutes south to check out Trading Post Brewing’s new location at the District Wine Village in Oliver.

BC has now entered Step 2 of BC’s Restart Plan; travel throughout the province is now encouraged. It’s time to #exploreBCnow as #newexperiencesarebrewing. Book your summer getaway now (at exploreBC.com) and let the BC Ale Trail be your guide for your next Ale-venture. Travel safely and responsibly this summer. For those outside of British Columbia – we look forward to welcoming you soon. 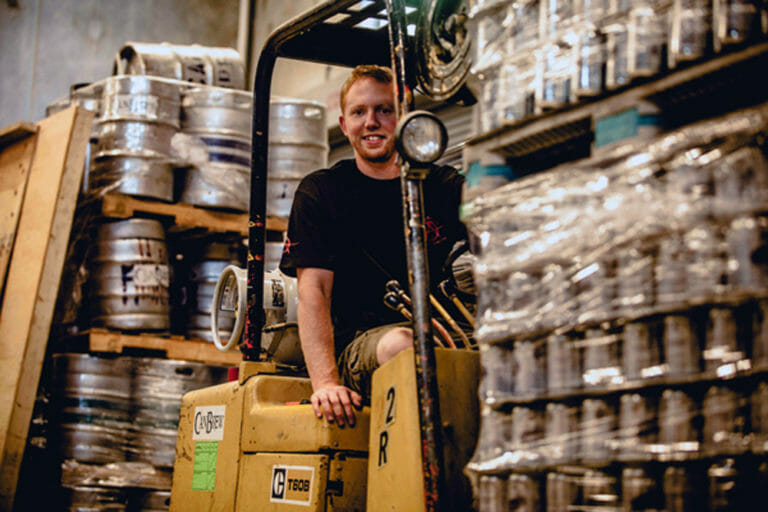 There’s the beer. Great craft beer. And the breweries. Amazing breweries all around this province working together to grow the craft beer scene. Plus there are fantastic craft beer and cask events where we go and try an incredible selection of these beers. But behind all of these breweries and events are the inspiring, passionate … Continued 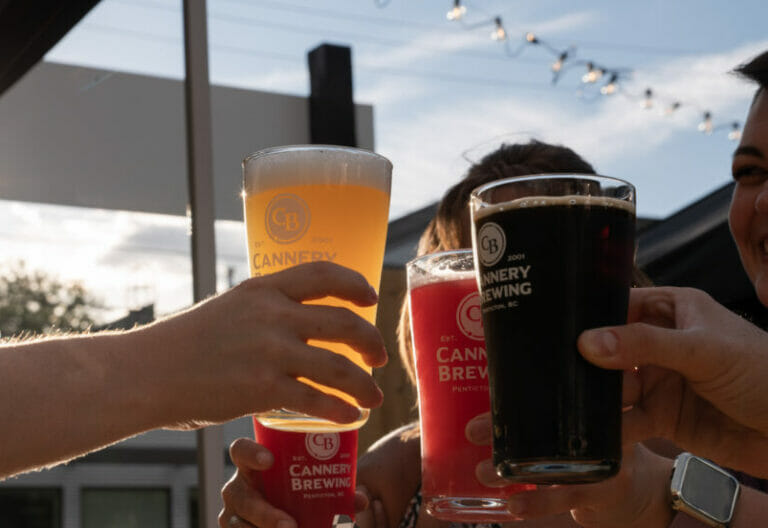