With the arrival of summer, here are 10 ideal summer beers from some of British Columbia’s best local craft breweries.

Each of these 10 beers was hand-crafted and inspired by the warm-weather adventures and experiences that the province is known for, and most include special ingredients such as mango, cucumber or even jalapeño pepper!

Picked as Best in Show at the Okanagan Fest of Ale in April, this gorgeous beer is absolutely jammed with raspberries. It has a creamy mouth feel thanks to the use of flaked and malted wheat. Both beautiful to look at and very, very tasty, this is the perfect summer patio beer.

Twin Sails Brewing can be found on the Port Moody Ale Trail.

This Abbotsford brewery already has one world-class Gose in its lineup — its Corvus Lingonberry Lime Gose won a World Beer Cup gold medal last year. This beer features a unique and unusual combination of mango and jalapeño, balanced by a touch of lime and salt.

Ravens Brewing can be found on the Fraser Valley Ale Trail.

Jam-packed with juicy goodness, this beer features copious amounts of hand-zested grapefruit and a healthy dose of fresh squeezed grapefruit and other citrus fruit juice.  Add to this an absurd amount of late addition/dry hopping with Simcoe and Mosaic hops and the result is a big, juicy IPA.

Backroads Brewing can be found on the Kootenay Rockies West Ale Trail.

Located in Pitt Meadows, Foamers’ Folly makes lots of interesting and unusual beers. This one featuring cucumber and lemongrass is ideal for the summer.

Foamers’ Folly will be part of the new Maple Ridge Ale Trail coming later this year.

A golden yellow wheat beer that bursts with banana flavour thanks to the special German yeast used, no bananas were actually used (or harmed) in the process.

One of this Port Alberni brewery’s core beers since it opened, this “blonde with lots of hops” is a light and refreshing beer that bursts with tropical hop flavours.

Twin City Brewing can be found on the Vancouver Island Part 2 Ale Trail.

Hazy and golden, this juicy beer features big aromas of apricot, peach and tangerine. It’s a popular pick for locals and tourists alike at this Quesnel-based brewery.

Barkerville Brewing can be found on the Northern BC Ale Trail.

Vernon’s brewpub is featuring this champagne-esque IPA infused with mango and dry hopped with fruity and citrusy American and Australian hops.

Marten Brewing can be found on the Kamloops, Shuswap & Vernon Ale Trail.

Bad Tattoo uses a classic strain of German yeast for its authentic taste, resulting in a light, crisp and very refreshing ale with slight aromas of peach and almond blossom in the nose.

Bad Tattoo Brewing can be found on the Penticton Ale Trail.

Loaded up with an absolutely loco amount of lime and the perfect proportion of salt, this might just taste more like a margarita than some margaritas!

Tapworks Brewing can be found on the Sunshine Coast Ale Trail. 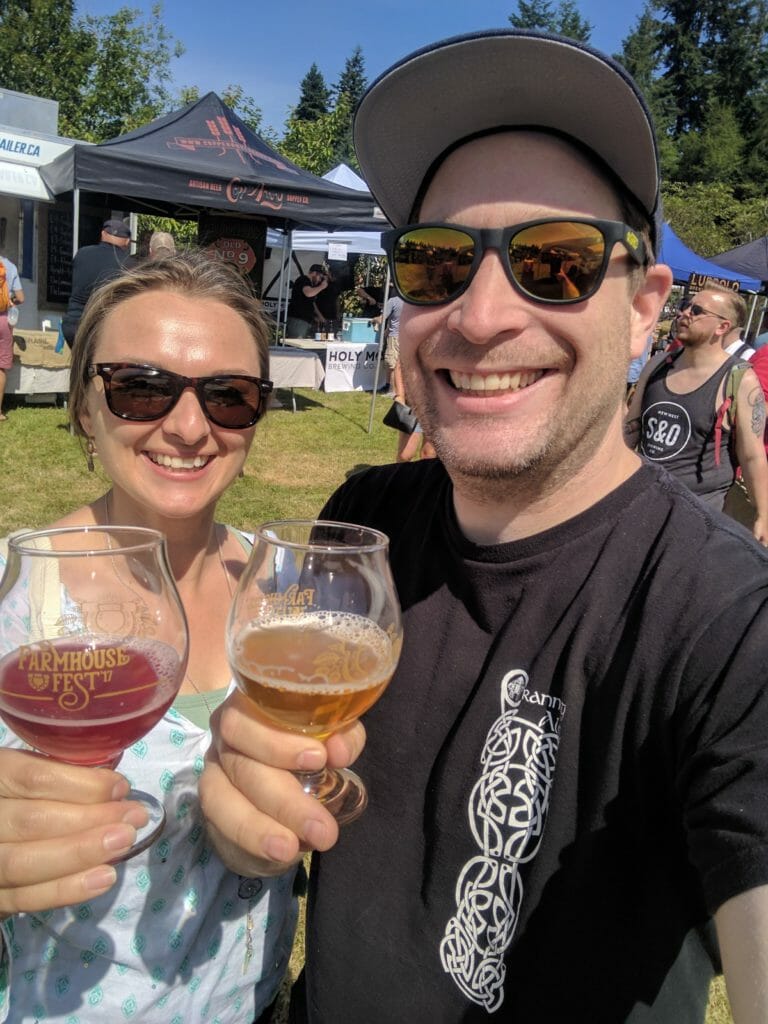 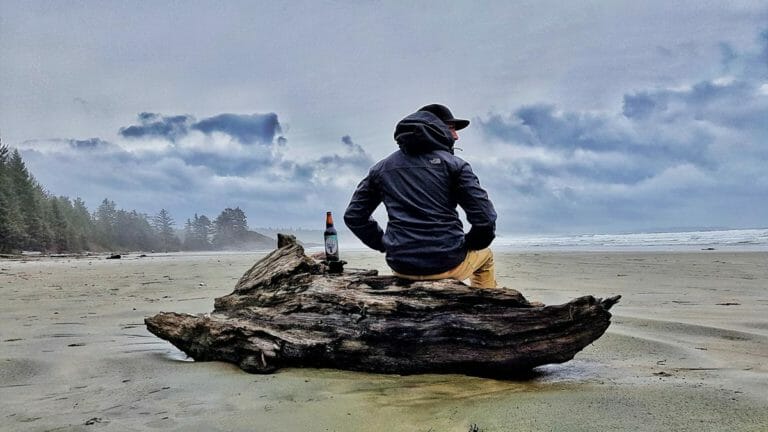 Nimai Rigby spent 2016 touring BC on his own personal ale trail. Rigby, who lives in Coquitlam in BC’s Lower Mainland, set himself the goal of visiting 100 of the province’s breweries within the year, and completed his quest just 11 days before 2017 arrived. But why take the journey, and where did it lead? Just before the … Continued