With the arrival of summer, here are 60+ ideal summer beers from British Columbia’s craft breweries. Enjoy from the comfort of your own back yard or visit your local brewery’s tasting room, which may have a new patio!

BC’s brewery tasting rooms are cautiously reopening with the guidance of the bc craft brewers guild once the recommended PHO and WorkSafeBC protocols have been put in place.

Let’s start off in Vancouver with a special 8th Anniversary beer from Parallel 49.

This gorgeous beer was refermented with copious amounts of mango, guava and passionfruit with the addition of lactose to create a soft, creamy, smoothie-like mouthfeel. The resulting beer is tart, juicy and aromatic with a burst of tropical fruit flavours, hint of vanilla, and silky smooth finish.

Tart and full of guava, this should prove to be a very popular beer this summer! Also, watch for another summer beer coming out soon with a great COVID-related name: Stimulus Czech Pilsner (5.5% ABV).

This special barrel-aged saison was brewed in collaboration with Crooked Stave Artisan Beer Project in Colorado using a unique multi-culture of yeast and bacteria. The result is a delicately sour saison with a sweet and spicy aroma and round-bodied lemony character.

Another Beer Co. has launched two special beers for the summer:

Hopped with American noble hops and conditioned for eight weeks, the Steel & Oak Lager is refreshing, citrusy, and perfect for a sunny patio or park bench.

Another Beer Co. and Steel & Oak Brewing can be found on the New West, Delta, Surrey & Richmond Ale Trail.

Maple Meadows Brewing has a great story to share:

“Back in March, the situation looked so dismal for us and the community as a whole, that we decided to do something positive and dedicate a portion of proceeds from sale of each bottle to various local charities. Most of these are Covid-19 related and include:
• Friends in Need Food Bank Covid-19 fund
• Ridge Meadows Hospital Foundation Covid-19 Response to support front line healthcare workers
• UBC Hospital Foundation’s Covid-19 research fund
The support from the community has been amazing so far and we are glad that, in our small way, we can help.”

Citrus Maxima or “Big Citrus” is the botanical name for the pomelo, the largest of the citrus fruits, which is featured in this refreshing beer. The rice and barley base creates a crisp, light body that allows the soft citrus flavour from the pomelo to shine.

Foamers’ Folly and Maple Meadows brewing can be found on the Maple Ridge Ale Trail.

Look for these special summer releases from breweries in Delta

This classic West Coast IPA was brewed as a tribute to Greg Mills, President and Co-Founder of Four Winds Brewing who passed away suddenly in mid-May. “Greg loved the ocean and living on the west coast. He was a family man who was endlessly proud of the legacy that he created with his sons. Greg is they type of beer that Greg would have enjoyed while watching another west coast sunset.” Cheers, Greg!

Delta’s Barnside Brewing has two new beers that are ideal for the summer:

Here Goes the Boom Pomegranate Gose by Bridge Brewing (4.5% | 10 IBU)
Pomegranate comes through in this beer to create an explosion of flavour. Prepare for a crisp and fruity beer that ends with a balanced tart and salty aftertaste.

House of Funk is a unique brewery where every beer spends time fermenting or conditioning in wooden barrels of foeders. This Bavarian-style Pils is its flagship “House of Lager” beer, step-mashed with an heirloom malt from the Skagit Valley here in the Pacific Northwest, hopped generously with Magnum (an old world varietal with earthy and floral notes) and Motueka (a New Zealand varietal that has an exceptional noble character with a hint of fresh citrus) and naturally carbonated through krausening, the process of blending in young, actively fermenting beer, which creates a secondary fermentation during the lagering process, generating natural carbonation.

Celebrate the sunshine with this bright and fruity German-style wheat beer. It is currently only available in the brewery tasting room but will be released in cans starting on July 6.

Bridge Brewing, House of Funk Brewing and Wildeye Brewing can be found on the Vancouver’s North Shore Ale Trail.

Squamish is another great spot for summer beer sampling.

During the pandemic, Howe Sound Brewing had to close down its brewpub to the public, but they kept their kitchen active by letting a local bakery, Solidarity Bread, use it free of charge to support its “Gift 1 Get 1” program, which donated a loaf of bread to those in need for every loaf purchased.

Backcountry has collaborated with Mountain Life Magazine and new Backcountry ambassador and mountain biker extraordinaire Rémy Métailler to brew a beer that celebrates the arrival of summer. This pale ale is hopped exclusively with Citra T-45 to keep it light, tropical and crisp with just enough bitterness to satisfy that post ride thirst.

Backcountry Brewing and Howe Sound Brewing can be found on the Squamish Ale Trail.

Breweries are also celebrating summer over on the Sunshine Coast

Persephone Brewing in Gibsons has launched a couple of delicious, new summer beers with proceeds from each beer going to support local community organizations.

Both hazy and sessionable, Backwoods  Hazy Pale Ale is exploding with stone-fruit and tropical flavour.

This west coast style IPA has notes of stone fruits and citrus on the nose with a smooth body and refreshing finish.

Persephone Brewing, Tapworks Brewing and Townsite Brewing can be found on the Sunshine Coast Ale Trail.

Try these summer beers from breweries in the Comox Valley

Back in February, Land & Sea’s brewer Tessa Gabiniewicz was invited to brew her Estuary Session Ale at the Hook Norton Brewery in England. Back here in BC, she brewed another batch utilizing the unique Hook Norton yeast she brought back with her and her hand-picked Vancouver Island spruce tips. Along with that special beer, Land & Sea is also launching a special black lager brewed with Norwegian Kveik yeast.

Along with this beautiful beer, New Tradition is also releasing 4-packs of its four core beers, Cure For The Common Kölsch, Noon Patrol IPA, Fraser Tail Pale Ale and Liquid Tuxedo Schwarzbier. Also, look for another new beer in July: Over The Hills and Far Away Mango Wild Session Ale.

This beer pours pale orange with a glowing haze reminiscent of grapefruit juice with a persistent white head and aromas of tropical and stone fruits.

This Kettle Sour was fermented with mango and apricot. It has a balanced acidity emphasizing the fruit flavours, which are further accentuated by a moderate dry-hop of Citra and Simcoe.

Here are some summer sippers from Parksville and Port Alberni

Brewed in the Wallonian tradition, this saison features salal berries that were foraged last fall. It has a rich purple hue and flavours of blueberry and red currant.

Twin City Brewing recently re-opened their Port Alberni brewery and now offer their products in cans. Both of these beers sound perfect for the summer:

Look for these tasty beers in Nanaimo and the Cowichan Valley

At only 3% ABV, this is a crushable beer, perfect for hot sunny weather. It a is crispy “chill Pil” that finishes with the sweet-orange citrusy flavour of imported Mandarina Bavaria hops.

White Sails Brewing is excited to announce the launch of their first Community Collaboration Project brew: a delicious, roasty-yet-delicate dark lager with a community-driven twist. White Sails collaborated with Maillen Garcia (an Argentina born Nanaimo visual artist) and Sebastian Abboud (a local freelancer and designer) to bring to life two unique takes on the Witchcraft Dark Lager label. Partial proceeds from the sale of the beers go directly to the artists.

Brewed with fireweed honey from the Cowichan Valley,  this light-bodied golden ale has a honey aroma and flavour with notes of berry, citrus and tropical fruit.

Longwood Brewery and White Sails Brewing in Nanaimo and Small Block Brewing in Duncan can be found on the Vancouver Island Part 1 Ale Trail.

Look for these summer seasonals on the Victoria Ale Trail

Brewed with Belgian witbier yeast and a generous amount of BC black cherries, this wheat ale is soft on the palate with thirst-quenching fruit tanginess.

This gorgeous beer has all the best summer flavours with strong notes of raspberries and a subtle hint of lime along with a crisp body and floral hop character.

This refreshing, fruit-forward tart ale was brewed with massive amounts of local currants from Silver Rill Berry farm in Saanich, giving it a vibrant red colour.

This tart, refreshing ale was made to tell the tale of riding out a 50-year storm!

Sample these summer beers in the Fraser Valley.

This is the third beer in Trading Post’s Pilsner Series: a pale and crisp German-style Pilsner with a medium malt body and light, floral hop notes. Made with German hops, yeast and malt.

Five Roads Brewing and Trading Post Brewing can be found on the Fraser Valley Ale Trail.

Summer sizzles in the Okanagan — cool off with these great beers!

Penticton’s Cannery Brewing has two special summer beers that will help you cool off in the heat:

Freddy’s Brewpub in Kelowna is undergoing renovations but you can still enjoy its beer in the bowling alley next door. Here are two special releases to try while doing your best Fred Flintstone Twinkle Toes impression:

Jackknife Brewing’s opening earlier this year was disrupted by the pandemic, but it can finally host people in its space. This dark Lithuanian farmhouse ale was boiled for five hours to develop deep, rich caramel notes.

Look for these summer beers in Kamloops

This gorgeous beer was conditioned on fresh blackberry and raspberry puree and then dry hopped with Citra and Strata. The combination delivers a jammy punch in the taste buds and begs to be enjoyed on the patio.

Bright Eye will be rotating in new beers all summer so check the brewery’s tap list regularly.

Kamloops’ Noble Pig Brewhouse has an amazing patio that is perfect for the summer. The brewpub has lots of great options to try all summer, including these upcoming seasonal releases:

Bright Eye Brewing and the Noble Pig Brewhouse can be found on the Kamloops, Shuswap and Vernon Ale Trail.

There is plenty of delicious beer to enjoy in the Kootenays, too!

Generous additions of Simcoe and Mosaic hops along with fresh citrus fruit zest give this IPA a distinctly fruity, citrusy punch.

Angry Hen Brewing and Backroads Brewing can be found on the Kootenay Rockies West Ale Trail.

This beer is packed full of the unique Lotus hop and a selection of light malts, featuring notes of orange blossom on the palate – a perfect patio beer for sure.

This easy drinking hazy pale ale is hopped up with a generous portion of Amarillo and Mosaic hops to give it a crisp, refreshing, citrus and tropical fruit finish.

And last but not least, let’s see what’s brewing up in Northern BC!

Wheelhouse Brewing can be found on the Northern BC Ale Trail.

note: At the time of this blog’s publication, British Columbia is still in Phase 2 of BC’s Restart Plan, which means non-essential travel is still not allowed and your focus should remain on local tourism only. While adventures in British Columbia beckon, it’s not the time to travel outside your community. If you’re a BC resident, stay close to home and follow the latest health recommendations. If you’re from outside the province, we invite you to dream now and explore BC later. Soon, we expect to enter Phase 3, which will allow for more travel within British Columbia. 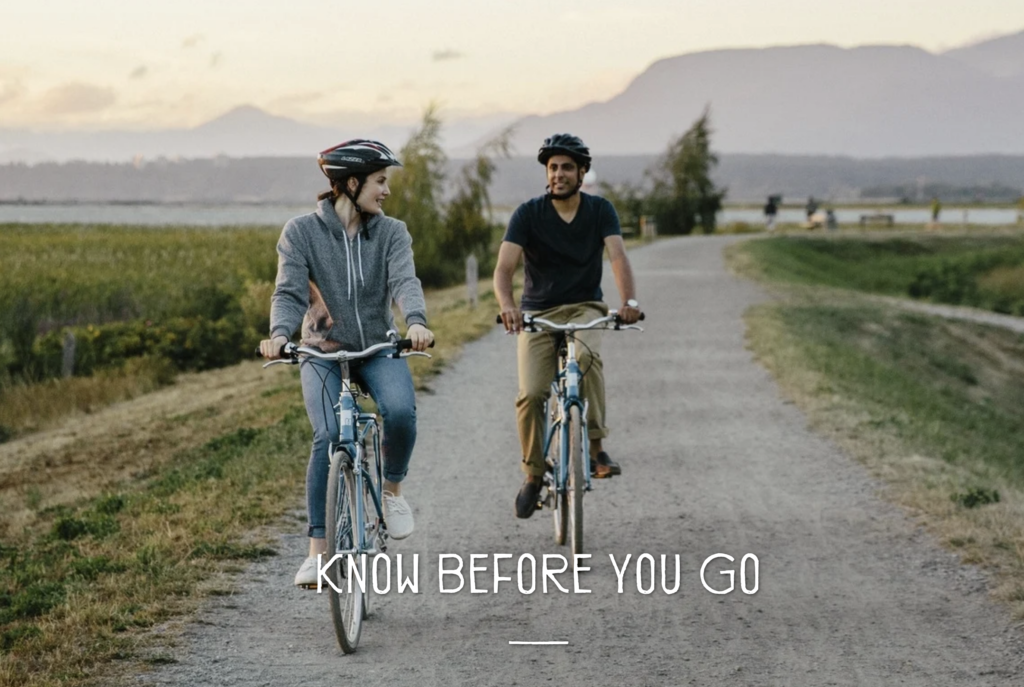 KNOW BEFORE YOU GO: book accommodation and check to ensure businesses are open and ready to greet you.

Whether it’s close to home for now or a little further afield once we enter Phase 3, beer lovers can expect to find delicious craft beer anywhere in BC.  Here is a list of more than 60 new summer beers being released by some of BC’s best craft breweries. Cheers!