In this second feature in the Hops Among Friends series, we talk to a leader and early builder of BC’s dynamic craft beer industry.

Paul Hadfield is the owner/publican of Spinnakers Gastro Brewpub & Guesthouses in Victoria, Canada’s oldest existing microbrewery and brewpub, which opened in 1984.

Spinnakers now also has an artisan vinegar brewery, it produces its own sparkling mineral water and chocolate, and has an on-site bakery and guest accommodation. It’s a must-visit stop on the Victoria Ale Trail.

I was honoured to have the opportunity to speak to Paul and hear about his 35 years in the BC craft beer industry.

How did you get into the craft brewing industry?

PH: My background is as an architect. We had a house by Jericho Beach and an office above the public market at Granville Island. We had a cabin overlooking Green Lake at Whistler. Life was awesome. And then after some governmental changes and new regulations, the housing market crashed and we lost all of our work overnight. So it was time to start thinking about what was next.

At the time [in 1982], we were aware of what they were doing at Troller Pub. John Mitchell was a partner in the Troller Pub, BC’s first brewpub in Horseshoe Bay. John had long wanted to brew beers with flavour and when given the nod to proceed by government, he sought assistance from Frank Appleton, who helped John put together the Horseshoe Bay brewery.

John soon realized the challenges in terms of equipment, consistency, etc. and recognized that they needed to find a better way of doing things, which took him to the UK in search of equipment.

We looked at what they were doing, and we thought, let’s do something in Victoria. So we started doing research. I went to a tasting with John and we tried 14 different beers from the UK, then some beers from North America and some homebrews. During the tasting, I realized these beer styles weren’t available in BC. … These beers were very cool, but we didn’t have access to beers like this. Yet, tasting the beer from the homebrewers, we knew we had the technology to make beers like this here in BC.

There were quite a number of provincial and federal regulation changes needed for licensing brewpubs that had to happen before we could open in Victoria. These changes ultimately enabled the regulatory environment required for the rest of the craft breweries that followed.

What do you love most about craft beer?

The entrepreneurs. I love seeing the quality and diversity of the beers. It was very fun in the early days. I wanted to change what pubs were. We blew the doors open on the pub experience. It’s awesome seeing how these boundaries have changed over the years.

I love that all the breweries that are opening up now have a taproom. They get to engage with consumers. They need the revenue and they get the feedback on their beer. Breweries are the new pubs – the new neighbourhood houses. …

Craft beer is really friendly. Craft brewers are the epitome of hospitality. We can’t walk into someone else’s brewery without being greeted with a beer. Working together in this industry, we don’t compete with each other. We collaborate. Craft brewers help each other. …

This speaks to what craft beer is. It’s fun, adventuresome. It’s about people. It’s great that there are different beers for different times. Bombers are made for sharing. People buy an armful of bombers and try a variety of different beers with their friends. When we drink craft beer, we are drinking for flavour.

What are some of your favourite craft beers right now?

Today I’m really into tropical IPAs made with exotic new hops. They are hazy and fruity, like our Juice Monkey. I also really like Steamworks Flagship IPA, which won Best in Show at the 2016 BC Beer Awards. I also like the hazy IPAs from Phillips, Parallel 49 and Category 12.

I also really like beers with grapes and grains crossovers, like our Ortega Blonde. This beer speaks to locality, featuring grapes from the oldest vines on the Saanich Peninsula … It’s like a beer spritzer. … I love seeing wine drinkers find more and more options within the craft beer world. It’s very fun watching these changes.

What do you love about the place where you live?

I love the sub-Mediterranean climate here and the fact that we have a nine-month growing season. That helps foster a farm-to-table experience. We can eat local food year round.

I love touring the landscape and seeing people working in their fields and farms. I enjoy cycling and fishing. And, of course, doing these activities along with craft beer. I also love waking up early and going fishing out of Sooke Harbour.

What is one of your favourite beer tourism activities?

Exploring Victoria’s Ale Trail by riding the harbour ferry from brewery to brewery. When you are ready for a break, take a walk along the Westsong Walkway to West Bay and ride back to any of the stops along Old Town, visiting Swans, Canoe or further up the harbour to Moon, Driftwood and Hoyne before heading down Government to Vancouver Island and Phillips.

What do you love about the craft beer scene where you live?

It was incredible to feel the support from the community when we had our fire here last November. Seeing the team work hard in that situation was incredible. It really gave me a renewed sense of pride, determination and enthusiasm. [A fire broke out in the second-floor chimney at Spinnakers in November 2016, leading to extensive damage and a month-long closure of the pub.]

Do you have family connections in the craft beer industry?

Our daughter Kala Hadfield is part of our brewery and is the cider maker at Spinnakers. Our daughter Carly Hadfield and her partner Troy Pyett own the Lion’s Head Pub in Castlegar.

Who else in the craft beer industry do you find interesting?

People like Matt Phillips from Phillips Brewing and Gary Lohin from Central City. They are the faces of the next generation of craft breweries after me in the craft beer community.

“I am also really stoked by the entrepreneurial evolution of people like Iain Hill and Conrad Gmoser who spent years developing their craft in some of BC’s original brewpubs and have now stepped out with their own unique ventures [Strange Fellows Brewing and Brassneck Brewery, respectively], chasing their dreams of what craft beer can be. They too are demonstrating leadership in the ongoing craft beer revolution.”

Stay tuned for the next installment of the Hops Among Friends blog series, in which I chat with Gary Lohin from Central City Brewers + Distillers. Until then, cheers! 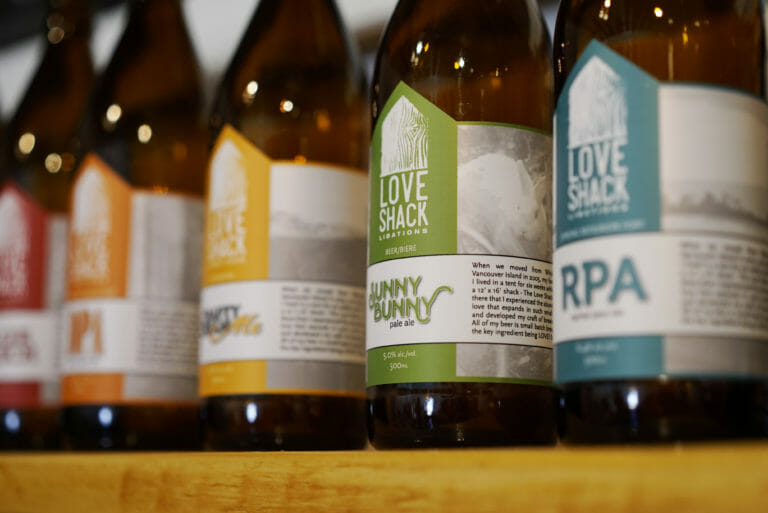 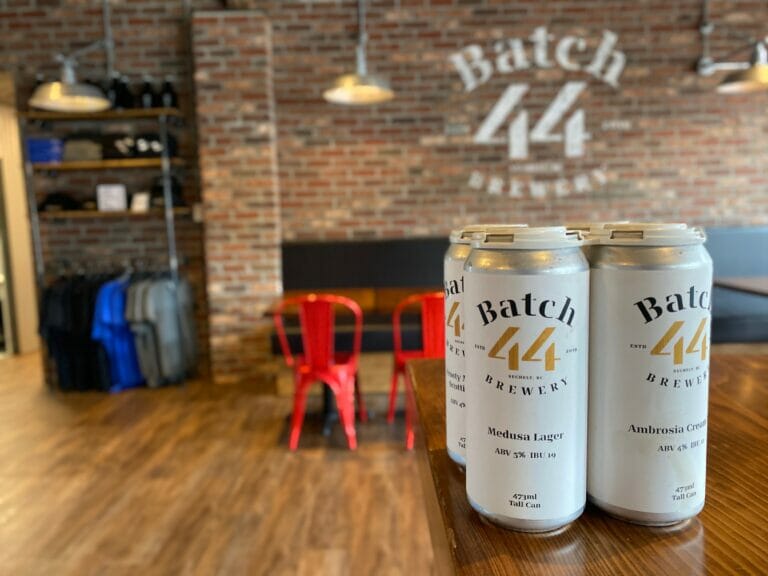