Living in the Fraser Valley, I am spoiled with an endless list of amazing hike options as well as a growing number of excellent craft breweries to explore for those well earned, post-hike reward beers. 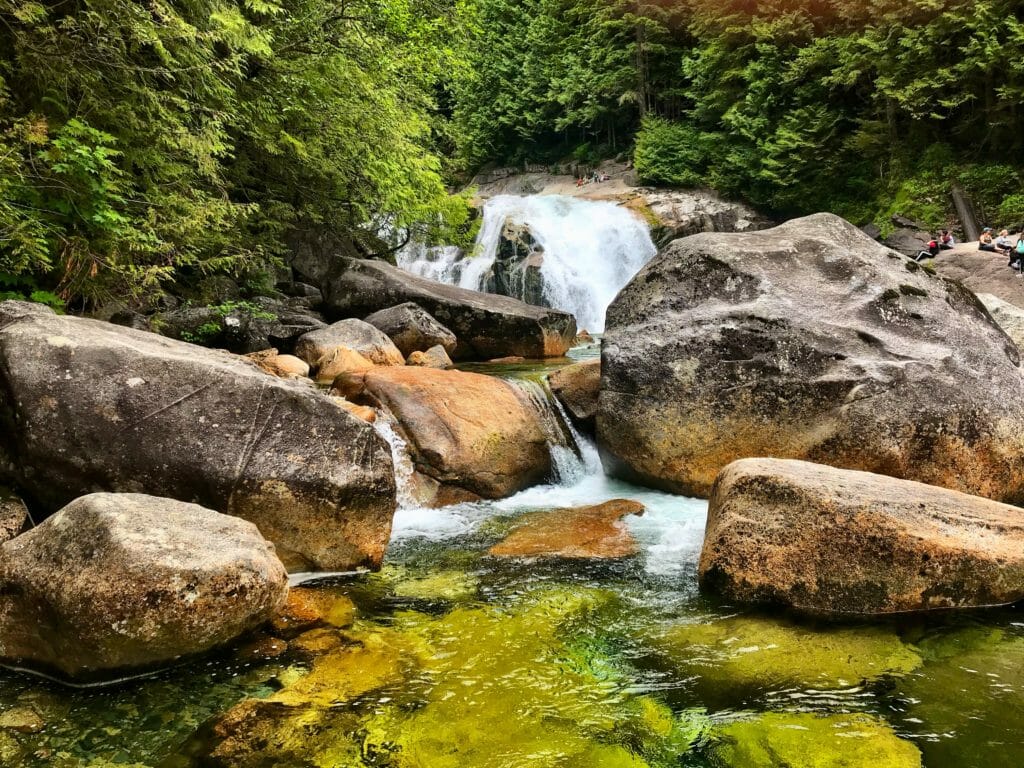 I have recently fallen in love with the beauty and diverse hike options available in and around Golden Ears Provincial Park. Named for the prominent twin peaks of Mount Blanshard, the park covers over 550 square kilometres and lies to the north of the mighty Fraser River in the municipality of Maple Ridge. I’m going to highlight three trails of varying difficulty for you and then once you’ve “earned your beer”, take you to explore four breweries nearby.

The trail system in the park is extensive with varying degrees of length and difficulty. From the relatively flat 5.5km Lower Gold Creek Falls Trail, to the 12km Canyon Loop Trail and the 24km Golden Ears Trail that takes you all the way up to the 1717 metre high peak. I have personally done the first two but have yet to tackle the big one.

Following along the east side of the Gold Creek, this trail is relatively flat and is perfect for early season warm up, novice hikers and small children. The trail begins near the parking lot, close to the water and heads into the moss covered woods for a short way on a nice wide pathway. Eventually, it emerges alongside Gold Creek again. Along the way, you will be treated to beautiful views of Blanschard, Edge and Alouette mountains. The sound of the falls will be heard well before it comes into sight. Depending on the time of year visit, the power of the falls can really vary but it is always a stunning sight. Once you have taken in the view, make your way back the way you came.

The Canyon Loop trail can be started from two points. If you prefer to the get the hard work out of the way first, I suggest taking the West Side to begin. To access this trailhead, park in the same lot but make your way back across the small bridge and look for signs to Menzies Trail located not far up on the right then follows signs for the West Canyon Trail. If you want to kick it off with a more gradual terrain The entrance to the East side of the Canyon is in the back right corner of the parking lot. This trail is more of an intermediate difficulty with some challenging rolling hills, abundant root systems and loose gravel to contend with. Watch for signage to access to the Upper Falls for a nice break and then continue on to the halfway point where you will cross over Golf Creek on a long wooden bridge. Either way you attack it, it’s a great trail with lots of natural wonders to see.

If you really want a work out that will pay off with some of the most stunning views the park has to offer, then consider challenging yourself on this gruelling 24km round trip. Doing it in a day is a tall order with most people planning to camp overnight at Panorama Ridge and tackling the summit the next day. There are many great articles loaded with tips on doing this one so be sure to do your homework before you go!

With the hiking in the books and the beers more than earned, its time to venture back to town and discover the great breweries Maple Ridge has to offer.  A big bonus is that all three of them are located within one kilometre of each other!!

Opened in 2015, owner Carlo Baroccio operates a true microbrewery working hard to offer a solid variety while working in a fairly small space. The tasting room is very intimate but boasts 10 beers on tap and fun experimental casks on occasion. The Pineapple Mandarin SMaSH IPA Cask they had recently was delicious!

Nearby, across Dewdney Trunk Road, you will find Ridge Brewing Company tucked away just off the street. It also opened in 2015 and has an open space feel with the tasting room basically feeling like you’re sitting in the brewery where all the magic happens. I recently tried their Ladies And Gentlemen of the GED Class of 1999Brut/Champagne IPA and was pleasantly impressed. If you’re ever in the neighbourhood on a Tuesday, pop in for their open mic nights!

Also nearby is Silver Valley Brewing owned by husband and wife duo Kevin and Brandi Fulton. They opened up in 2017 which makes them the new kids on the block. Kevin’s focus is English style ales but he has produced a number of styles since opening. I was a big a fan of their Black IPA and also picked up a 4-pack to go of The Lion ESB. The tasting room is quaint with a nice selection of locally sourced snacks to pair with your flight.

Heading east out of Maple Ridge along the Lougheed Highway, hang a left at Harris road. There you will find one more brewery east of the Pitt River Bridge, less than 10kms away from the other aforementioned breweries. Foamers’ Folly in Pitt Meadows opened late in 2015 by owner + brewer Rob Davis. It features a big outdoor patio as well as plenty of space inside. I recently stopped in for the double launch party of their most recent releases, Tiger of the Eye Fruited Berliner Sour Ale with Currants and Saskatoon Berries and In a Guava Da Vida, a Guava Fruit Smoothie IPA. Both were full of flavour and went down easy after a day on the trail. 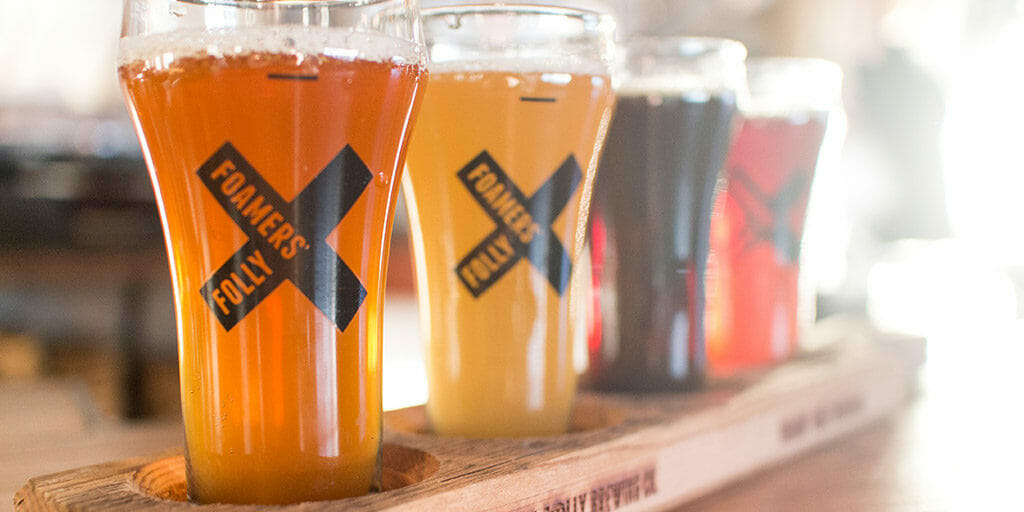 This is all just a small sample of the hike and brewery pairings that you can discover in small communities all over BC. With our picturesque landscapes, endless trails and a booming craft beer scene, there is surely a hike and brewery to suit everyone’s taste. Destination BC’s website is a great resource for discovering new hikes all over beautiful BC. 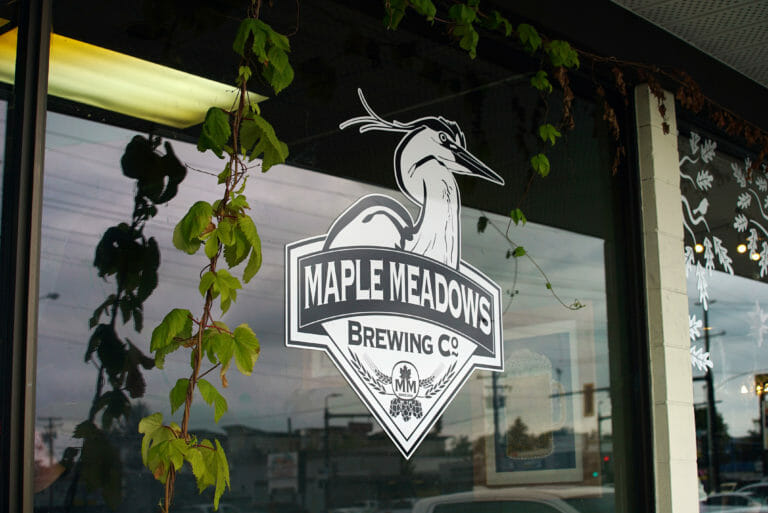 Remember the good ol’ days when commuting to Maple Ridge meant a toss-up between getting stuck at an occasionally malfunctioning swing bridge or a potential hour-long wait for a 15-minute ferry ride across the Fraser River? Wait, did I say “the good ol’ days?” Scratch that — those ferry lineups were headache-inducing and that swing … Continued