I was recently invited to visit Sun Peaks to check out what the resort had to offer — and to taste a special beer brewed to celebrate Sun Peaks’ 60th Anniversary.

It’s trivia night at Masa’s Bar & Grill at Sun Peaks Resort and the place is packed with young and old looking for a battle of wits. The energy is palpable. On many tables, along with ski gloves and hats, there is an inordinate number of pints of white IPA—it seems everyone wants to get a taste of the resort’s 60th anniversary beer made specially for this occasion.

Called Altitude Adjustment, the beer is an easy-drinking, citrusy White IPA. The decision for a White IPA came almost exclusively from Lara Beardsell, Red Collar’s head of sales and marketing.

“The mountain wanted something with a wide appeal and we figured a White IPA would be the most fun,” she explained. “Plus snow is white so there’s that connection, and WIPAs tend to be a little more approachable for those non-hoppy beer drinkers.”

This beer has a wheat base and is made from Eldorado, Ahtanum, and Cascade hops. “The perfect apres beer!” added Beardsell.

According to Sun Peaks, naming the anniversary beer wasn’t as straightforward. After tossing around some ideas related to the mountain’s original name, history, and ski trivia, ultimately, they decided on Altitude Adjustment because “we really wanted the beer to have relevance to consumers from further away than just our little mountain village,” said Rob McCloskey, Sun Peaks Resort’s director of marketing. “It’s also a nod to mountain life and to Tod Mountain, the highest peak in the Shuswap Highlands. Plus, you can never go wrong with alliteration.”

To complete the look, the beer’s label had to be just as thoughtful and unique. The resort enlisted local artist Zuzy Rocka to create a painting that captured the spirit of the resort. Using the vintage blue and orange from the original Tod Mountain uniform patches, the painting, called Dreams Aglow, shows a wolf looking onto the warm glowing village from the forest. It’s like a scene from The Grinch Who Stole Christmas and the Whos in Whoville. The painting appears on the lift tickets, season passes and labels of the anniversary beer. For those lucky enough to ski there this year, it’s a great souvenir to take home.

The next day, I begin tasting all the resort’s activities and seeking out the white IPA whenever I can. At the new (pre-COVID constructed) NHL-sized ice rink, the party music blares as we race around the impeccable smooth glass —this beats skating at the pond any day.

It’s a warm-up to my next day’s activities, and one of the most intense winter sports: skate skiing. Sun Peaks Resort has over 37 kms of Nordic classic track, some even open for dogs.

“Look forward with your nose in the air, like you’re flying,” says Elia Ganderski, an instructor who has deep roots in this area.

Elia’s effortlessly swan-like movements make this look easy. I take five glides and get winded. This spry 67-year-old with shoulder length hair loves this place with all his heart: “Look around you — no city could ever offer this.” He has a point.

And, for the more experienced, you can take the Morrisey Express chairlift to the top—it’s the only Nordic centre in Canada with a chair lift! The view from 1,675 metres above is spectacular. And the best: a stop into the McGillivray Lake hut for some hot chocolate and chit chat. Skiing back down, I run into Phil Youwe, the director of Nordic skiing. Phil gave me a skate skiing lesson back when I visited Sun Peaks in 2016.

“I thought I recognized you! Melanie, right?”

For the mandatory après beer, it’s hard deciding where to go: it seems there are as many restaurants as ski runs! Cahilty Creek Kitchen & Taproom is celebrating its 10th anniversary this year. I try the scrumptious Thai curry and a flight of beers. I opt for BC beer, of course: a Steamworks IPA from Vancouver that tastes citrusy and a Dark Matter from Hoyne Brewing in Victoria.

Throughout my week there, the same at-home atmosphere is everywhere in the village. Konrad Glowczynski and his family have been serving up coffee and treats at Bolacco Caffé since 1996. And, across the street at Tod Mountain Café, I devour a plate of homemade crepes seated in front of a retro Tod Mountain wooden sign; with chipped paint and retro skier, it speaks of the longevity of this place.

On another day I jump on to a fat bike, which feels like riding an inner tube on the snow! Many of the nordic trails are open to fat bikes that you can rent. With the scrunchy snow underneath and views, it’s easy to work up a sweat and hunger. I head to Vertical Café, which is sprinkled with artwork created by members of the ArtZone Sun Peaks Arts Society, a community-based group of local arts and culture enthusiasts.

Over a falafel and frosty can of Altitude Adjustment, I find local artist John McKnight’s fairy tale-like wood carvings. John has carved tiny homes into a thick tree branch that make it look like an elves’ home. From my stool, I watch the hum of ski life pass by the window: kids ski into the village and regulars grab their coffees in their clunky ski boots.

For a change of pace, I stop into Sun Peaks Yoga on the west side of the village for a much-needed restorative yin stretch: “Don’t feel bad if you fall asleep; three people did in the last class,” says Kayla, the owner and new mom.

On my last night, I join some regulars at Powder Hounds. The beef stroganoff speaks to the bar’s German roots, and is sumptuous and rich. One of the regulars tells me that he bought a condo at Sun Peaks almost 20 years ago. How has the resort changed, I ask. “Well, it’s certainly got more people,” he says. “But, it still has that rural feel—you never wait in line for skiing, and you just know everyone that’s here—it’s a family, you know?”

As he buys a round for us all, I know what he means. 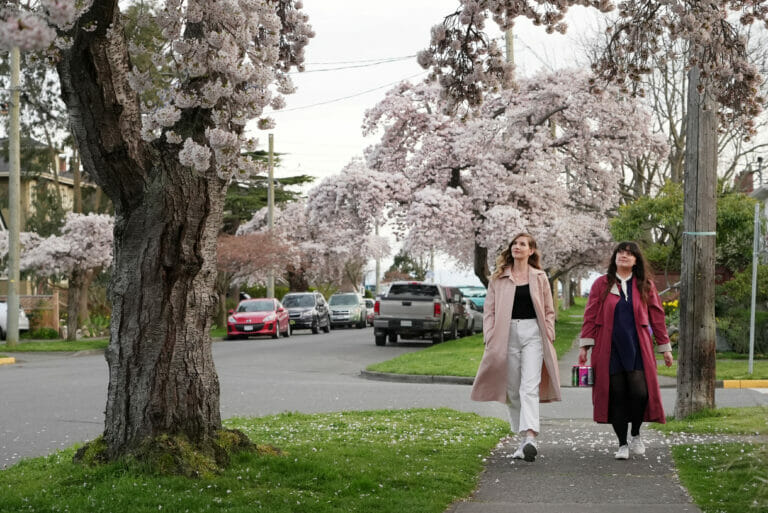 Seven Ways to Support Your Local Breweries During the Pandemic

Despite the recent “Circuit Breaker” Public Health Order that has forced breweries to close their tasting rooms, we can all still support our local craft breweries in a variety of ways. Seven Ways to Support Your Local Breweries 1. visit a brewery patio Good news! Breweries are allowed to continue serving beer on their outdoor … Continued 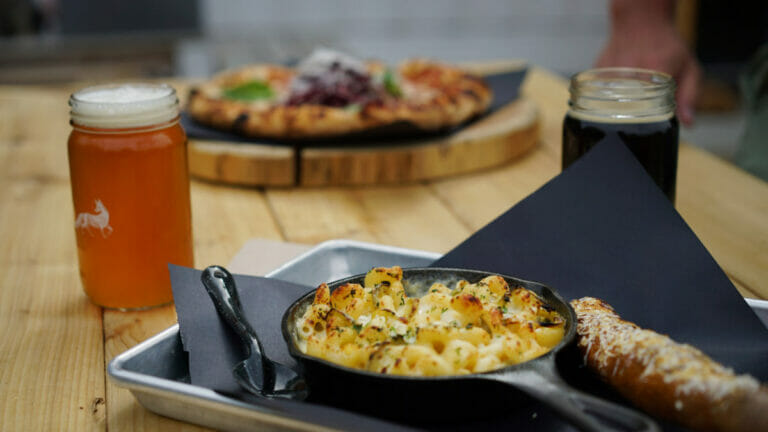