Originally opened in 2017 by an engineer and brewer named Nathan — or Nate, as in Deto-nate — this operation started off as a tiny nanobrewery that slowly expanded. In 2019, Detonate grew considerably with the addition of a tasting room. Unfortunately, the onset of the pandemic resulted in the closure of that tasting room, which made it impossible to keep the brewery open. Faced with the challenge of supporting his young family, Nate decided to sell the brewery in the spring of 2022.

Enter the new owner, Jonah, who comes from a background in the restaurant world, including a stint at Penticton’s Neighbourhood Brewing. Jonah hired Nate to train him on the brewing system and made some changes to the space before reopening in the fall of 2022.

The new Detonate Brewing Company embraces variety and creativity in craft beer as was showcased by the opening weekend’s lineup of beers, which included an Imperial Black IPA, an ESB that is actually a blend of two different beers, and — wait for it — a taco beer!

To start, Detonate will only be selling beer on-site by the glass or growler, but look for cans to start showing up on store shelves in the Okanagan early in 2023 — once Jonah gets the canning machine working again. 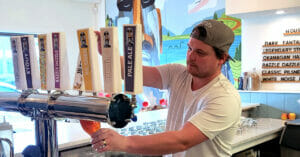 Sipping in Summerland: Craft Beer in the Okanagan’s Hidden Gem

Fancy a flight? Here are some sampler suggestions for Detonate Brewing 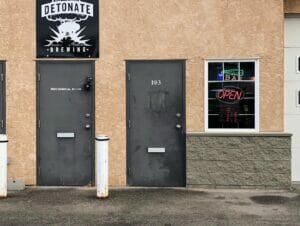 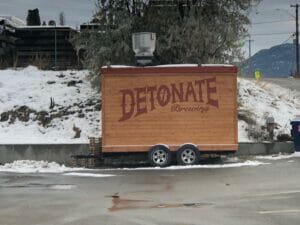 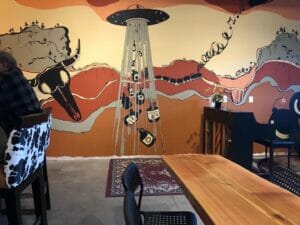 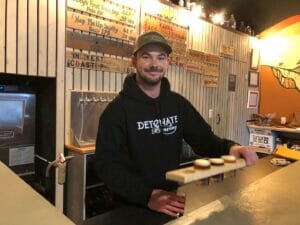