In the heart of historic Kaslo, the Angry Hen offers delicious beers and snacks with a spectacular view of Kootenay Lake.

Kaslo’s “Angry Hen” ferments her years of brewing experience with passion and outrage to bring you the finest of beers. Tradition mixed with innovation creates unique beers renowned for their solid good taste, seasonal inspirations, and queer sensibilities.

Co-owner and brewer Shirley Warne has been part of British Columbia’s craft beer scene for a long time. After starting her brewing career in Ontario, she became the first brewer at Steamworks Brewpub in Vancouver when it opened in the 1990s, winning over the owner with a six-pack of her homebrew. She later consulted with several other brewery start-ups before opening Angry Hen.

Angry Hem aims to be Kaslo’s living room. The focus is on good quality beer served in a comfortable, welcoming space. 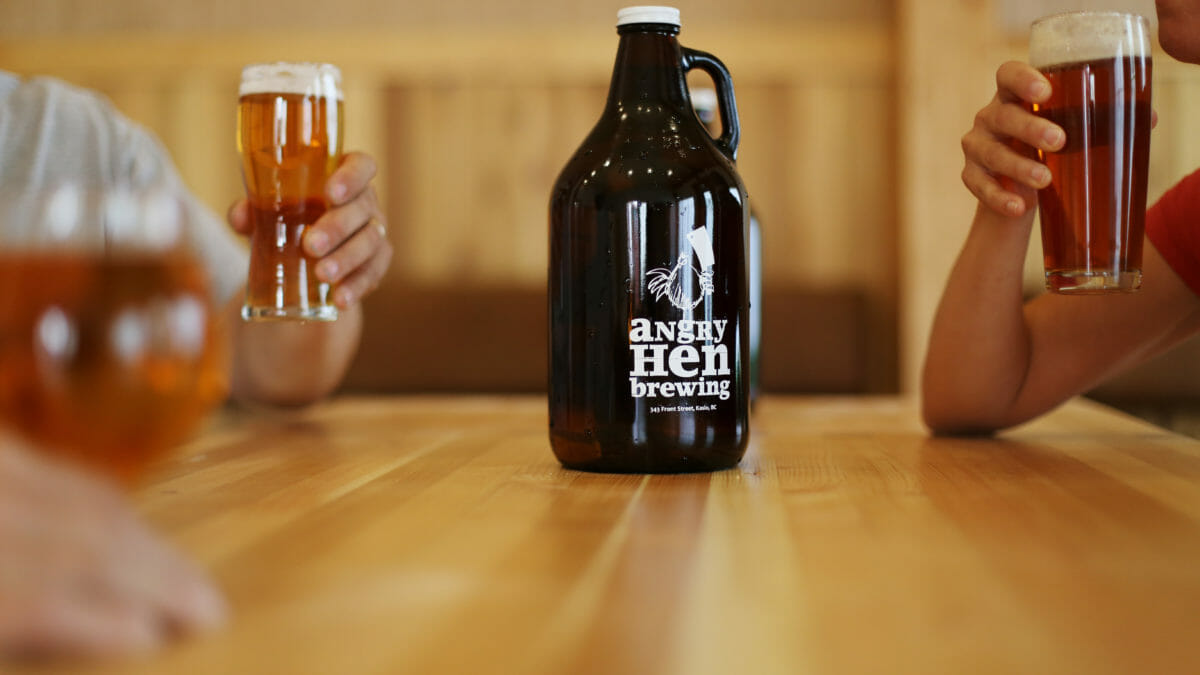 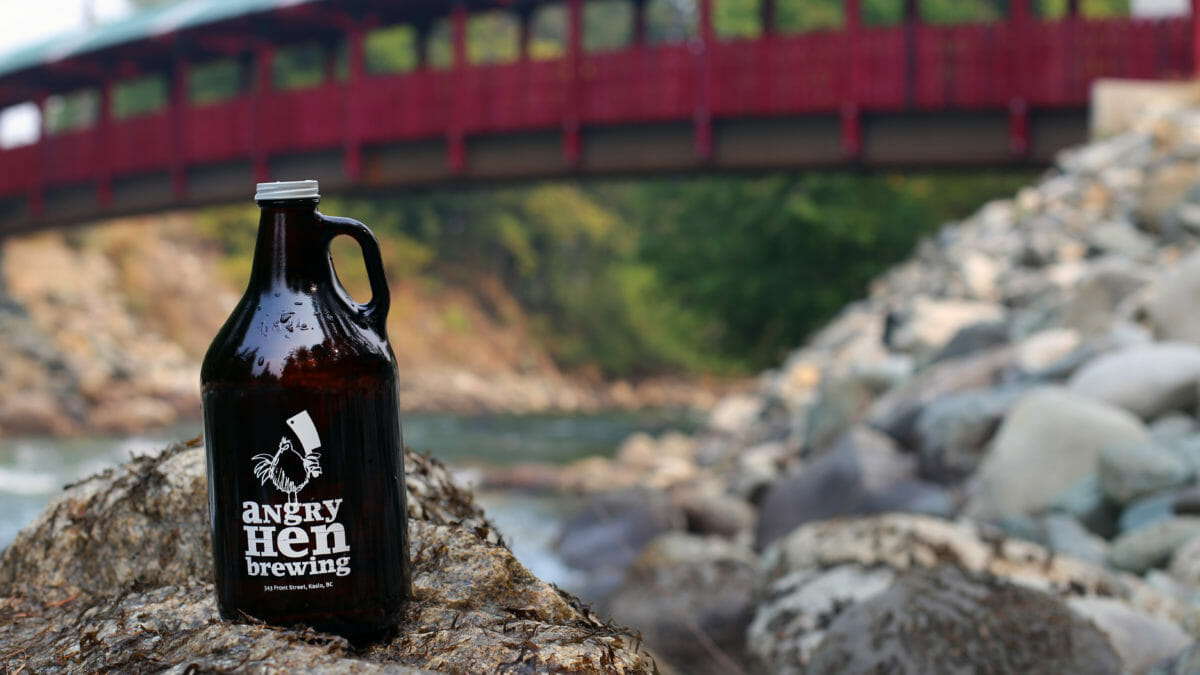 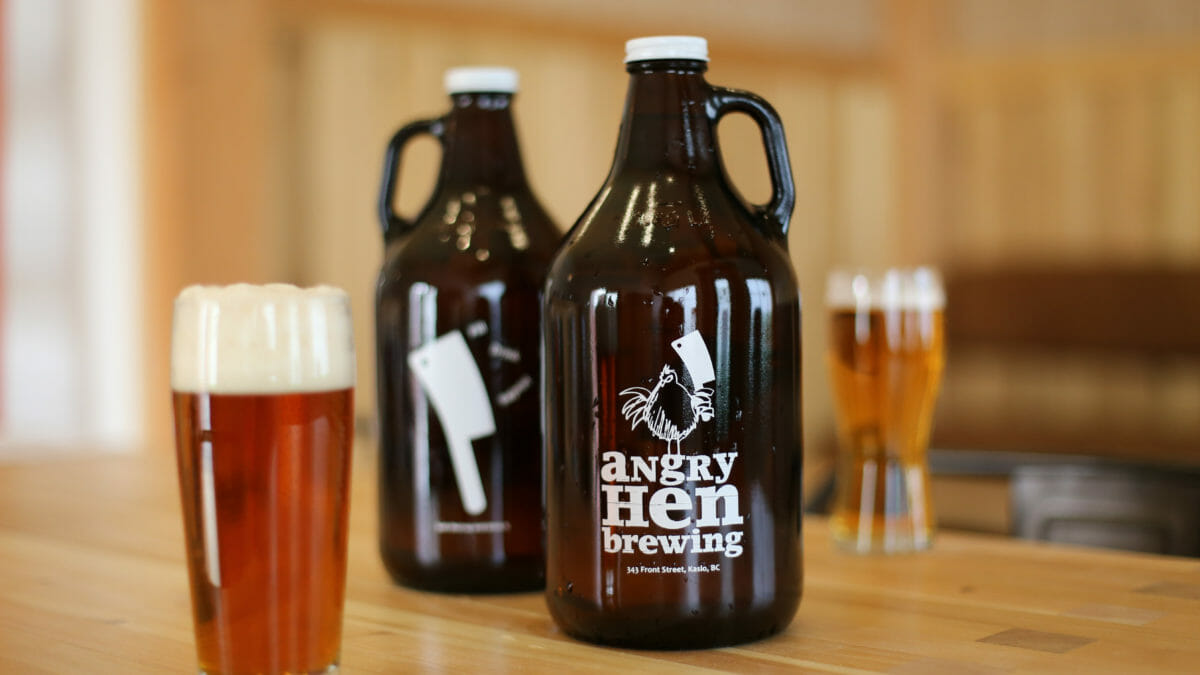 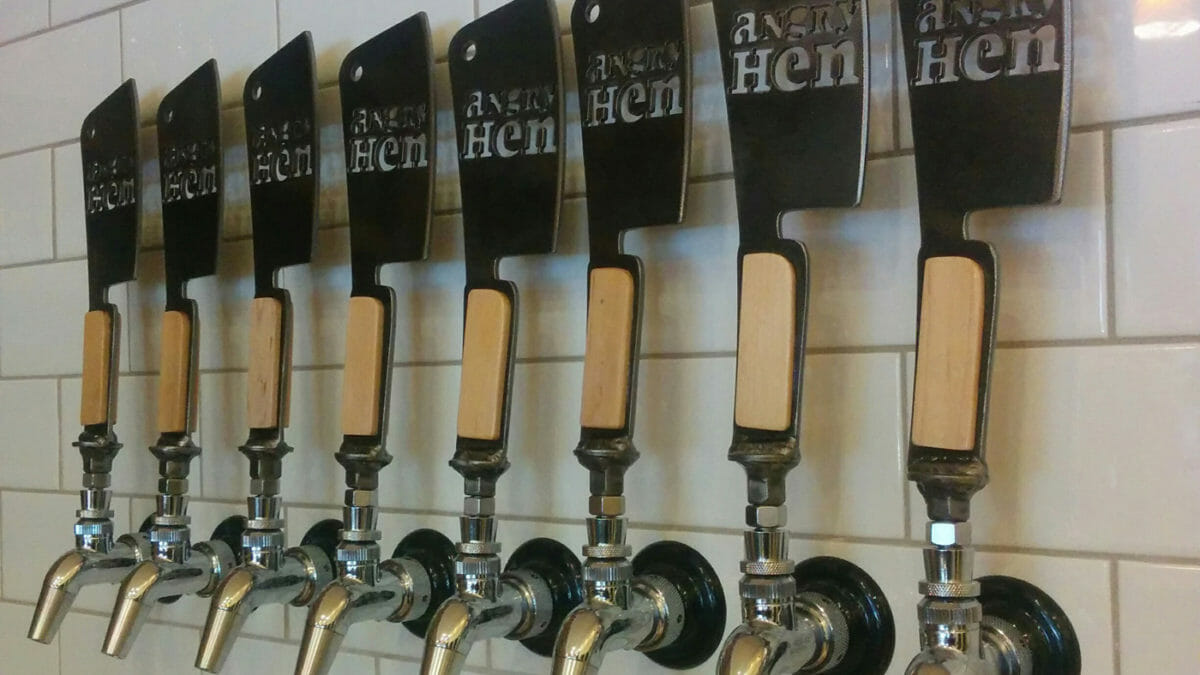 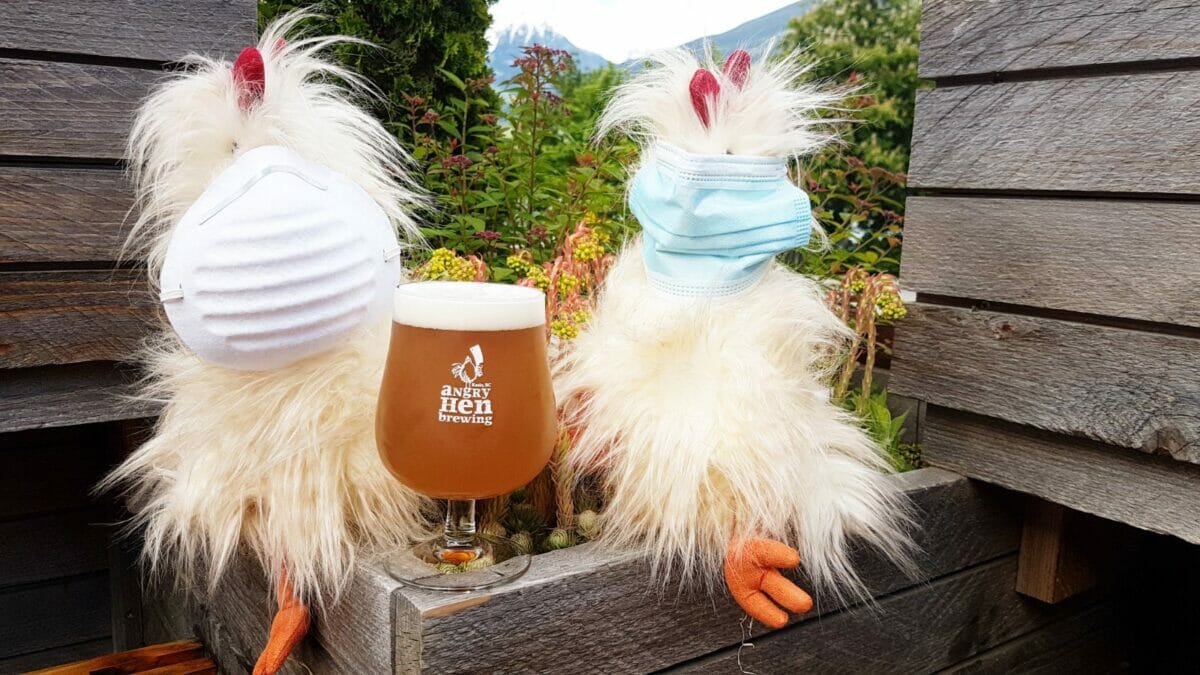 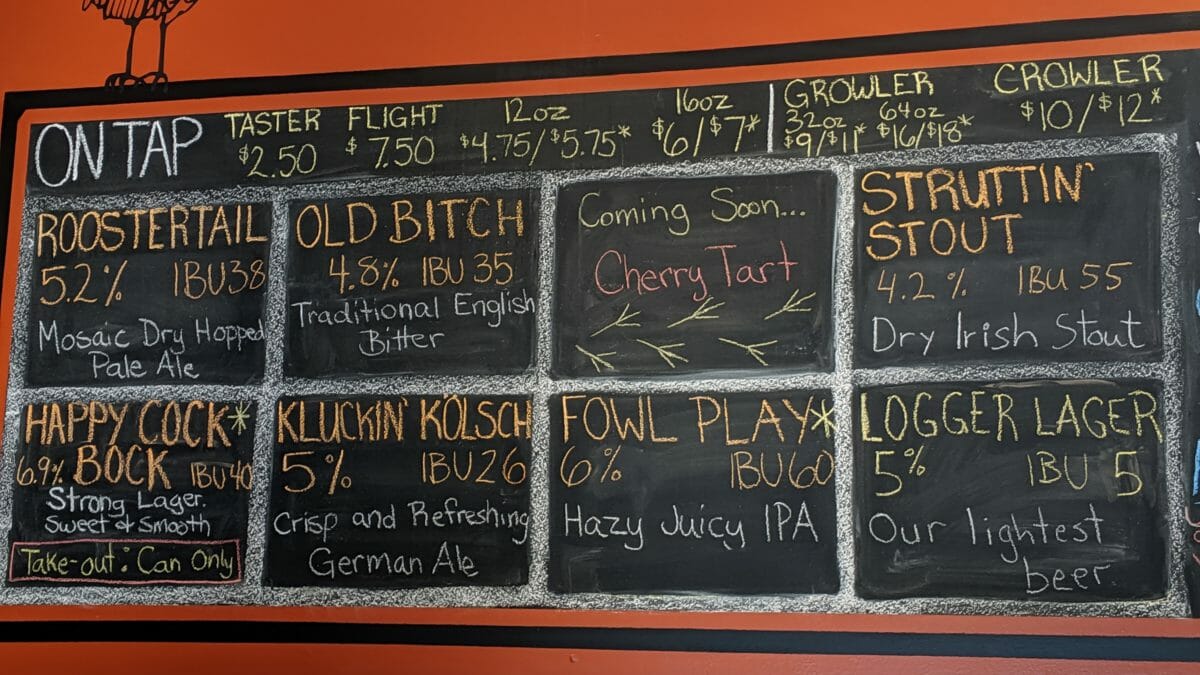 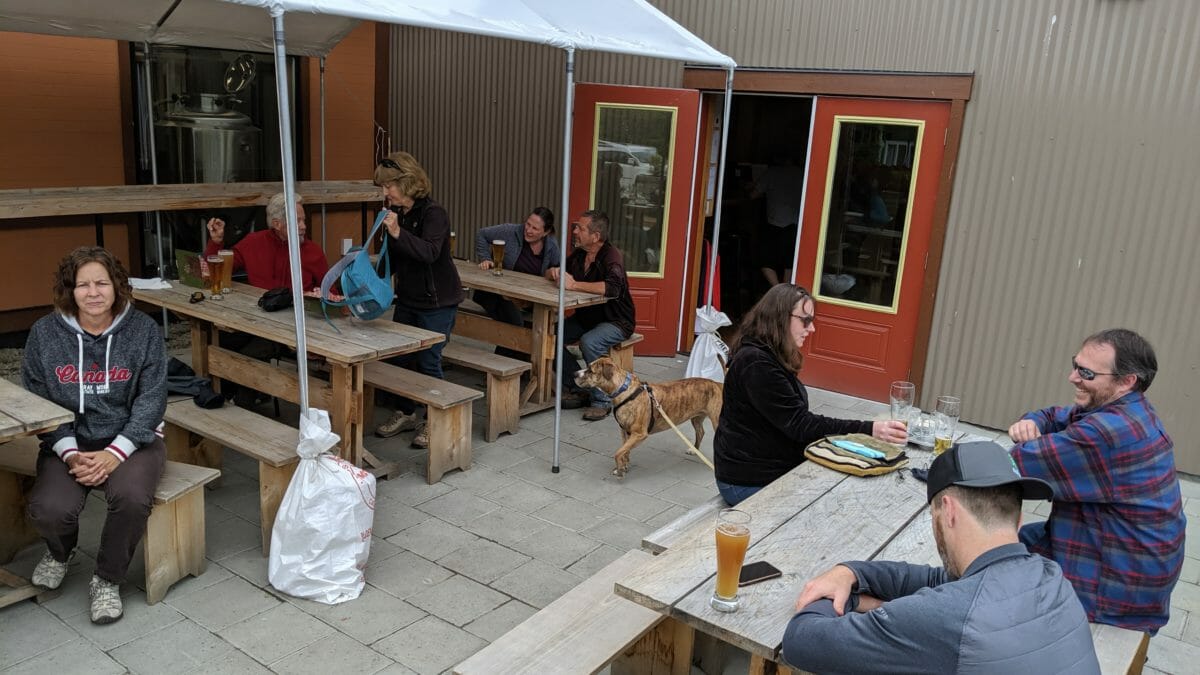 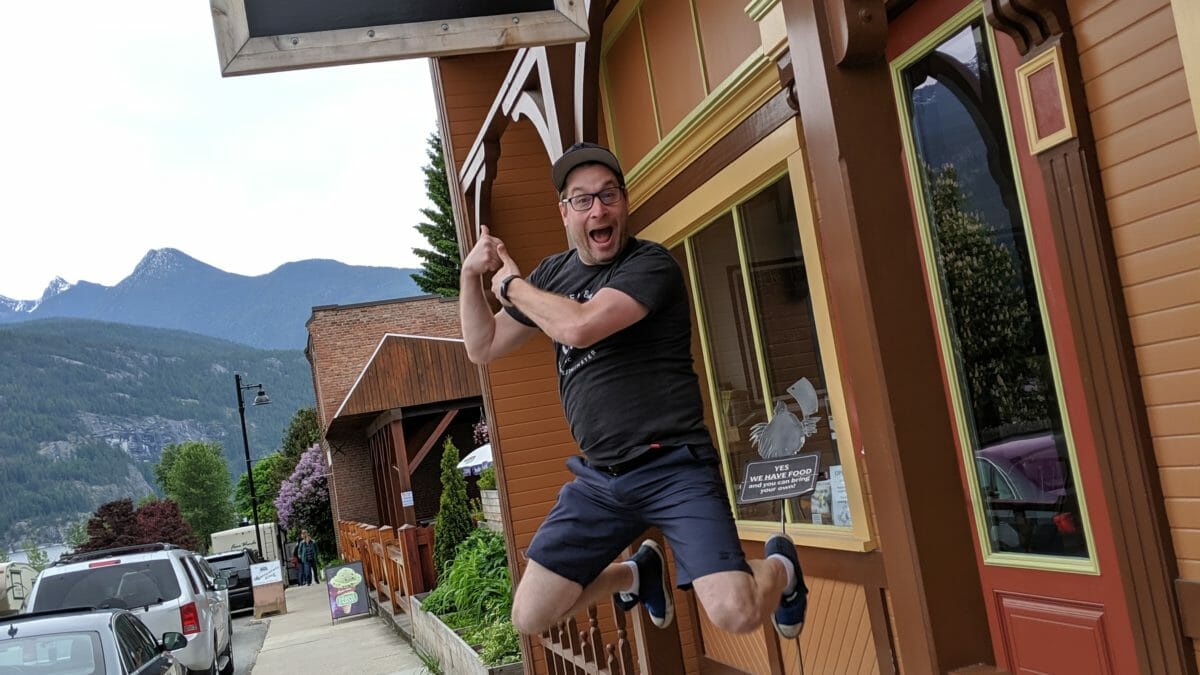 Fancy a flight? Here are some sampler suggestions for Angry Hen Brewing