October was officially declared BC Craft Beer Month by the Government of British Columbia in 2011.

What started off with a smattering of events put on by some of the approximately 40 breweries open then has turned into 31 days of fall beer releases (fresh hop and pumpkin to name a few), special events, tap takeovers, beer weeks, and of course Oktoberfest celebrations at many of BC’s 230+ breweries today!

Normally October is also the month for the BC Craft Brewers Guild Conference and the BC Beer Awards, but challenges with the tails of Covid pushed them both to November this year. New this year in the world of awards is the first annual Canada Beer Cup, and while this inaugural event is being held back east, those in Vancouver can head over to Container Brewing for a live stream of the whole event with real-time commentary from viewers across the country. The live stream will also be available at the Barley Merchant Taproom & Kitchen in Langley — or you can tune in from to the interactive event from the comfort of your own living room.

There are also five separate Tasting Passport promotions across the province running through the month that will give you the the chance to win some great prizes after collecting stamps at local breweries and other businesses. Check this blog to learn more!

This year October is starting off strong with the inaugural Kelowna Beer Week. Now with 18 breweries and counting,  many of which opened up over the last two years, Kelowna has a lot to celebrate. There will be Oktoberfest punch cards to fill out and passports to get stamped while you visit each of the breweries with entries going in for a grand prize! The week of events wraps up at BNA Brewing on October 8 with a mini beer fest.

Check out the Kelowna and West Kelowna Ale Trail to plan your next visit.

This will be the 4th Annual Penticton Beer Week — and the first with the city’s new Penticton Beer Block branding. To start off the beer week will be the launch of Do Good Hazy Pale IPA, a collaborative fundraising beer with partial proceeds going to a local charity, available at all 8 breweries. There are 20+ events happening throughout the city at brewery locations.

Check out the Penticton Ale Trail to plan your next visit.

What better opportunity to showcase fall beer releases and some new menu changes than turning your brewery into a Biergarten and celebrating Oktoberfest? Many breweries started the festivities in September, as they do in Germany, but you can enjoy the last three days of the traditional dates at a variety of breweries across the province.

Join the folks at BREWHALL until October 10th for daily food and drink features including soft pretzels, currywurst, schnitzel sandwiches, and some great Oktoberfest and german beers!

Reserve your seats ahead of time! HERE

Get your tickets HERE

Looking for a traditional Oktoberfest in Hope? Mountainview Brewing will have it all. Ticket prices include a beer stein, beer, and a pretzel, with prizes to be awarded for the best Oktoberfest outfit. Tickets are available at the brewery ONLINE.

Lots of other locations across the province will be celebrating Oktoberfest, including  Another Beer Co, the newly opened Small Gods Brewing, in Sidney, Shore Line Brewing in West Kelowna, and Wild North Brewing Co. in Creston.

Brewhalla has already had several festivals earlier this year and this will be the last of their series. Held in the Shipyards in North Vancouver with over 22 breweries, live music, and food trucks. Tickets are available HERE.

Camp Beer Co in Langley will be hosting a one-of-a-kind celebration of BC’s hoppy ales. There will be 12 taps and two sessions (3 – 6 pm and 7 – 10 pm).
Tickets are available HERE.

Check out the Langley Ale Trail to plan your next visit.

Showcasing the best that Vancouver Island and the Gulf Islands have to offer with over 60 local craft beers, ciders, and spirits. The event will be showcasing the new Wicket Hall and Clubhouse. Tickets are available HERE.

What would October be without a fresh hop festival?? Fresh to Death is coming back in a  new location and with an opportunity to have an exclusive guided tasting with our very own Joe Wiebe! The beer lineup will be focused on fresh hop beers, but it will also feature pumpkin beers, Oktoberfest lagers, and other harvest-themed seasonals.

Check out the Victoria Ale Trail to plan your next visit.

The EXPLORE BC Peach Farmhouse Ale launching on October 3

This is the second EXPLORE BC beer that has been released for BC Craft Beer Month. This year’s version is a Peach Farmhouse Ale, which is a collaboration between six breweries from across BC. This limited edition beer is a true representation of our province that pairs perfectly with BC’s natural beauty.

This is Year Four of Penticton Beer week and this year’s version was brewed at Cannery Brewing with all eight breweries. The “Do Good Hazy IPA” is a fundraiser beer with partial proceeds going to the Dragonfly Pond Family Society. It will be on tap at all eight locations starting October 14th and available in cans at select liquor stores throughout the province.

A. special release brewed by the Chilliwack breweries with proceeds going to support the Chilliwack Park Society. Available in 4-packs at Old Yale Brewing and Chilliwack liquor stores 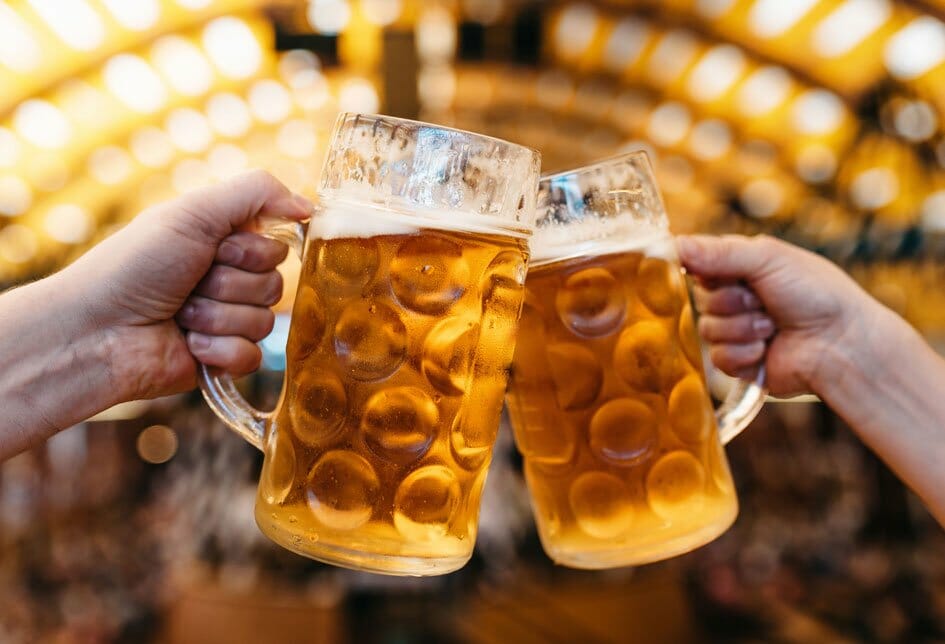 Matt Poirier will be hosting a live event at the Vessel Liquor store in Victoria focused on unique ingredients.

Beer Style of the Day

Do you want to celebrate, but you just can’t get out to many of these events? Check out the “Beer of the Day” with 31 beer styles, descriptions, tasting notes, and a great selection of breweries from around the province. Create your own event! Oh, so many options!

Events are getting added daily, so for an up-to-date list of BC Craft Beer Month events, check out the website at BCCraftBeerMonth.com. 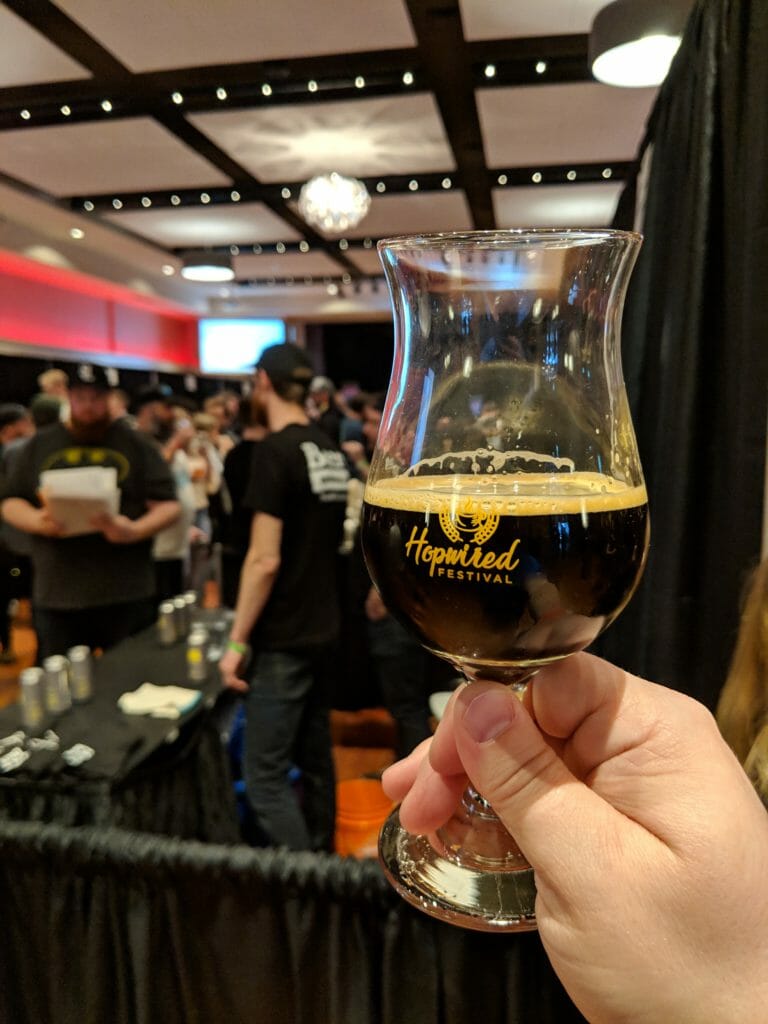 Enjoy One Last Brew of the Hopwired Festival

For those who enjoy their beer, there’s usually a need for a pick me up the following morning. Coffee and beer have developed this balanced relationship, with one taking priority in the AM hours, and the other making the afternoon and evening its home, but there are instances where the two meet in amazing happenstance. … Continued 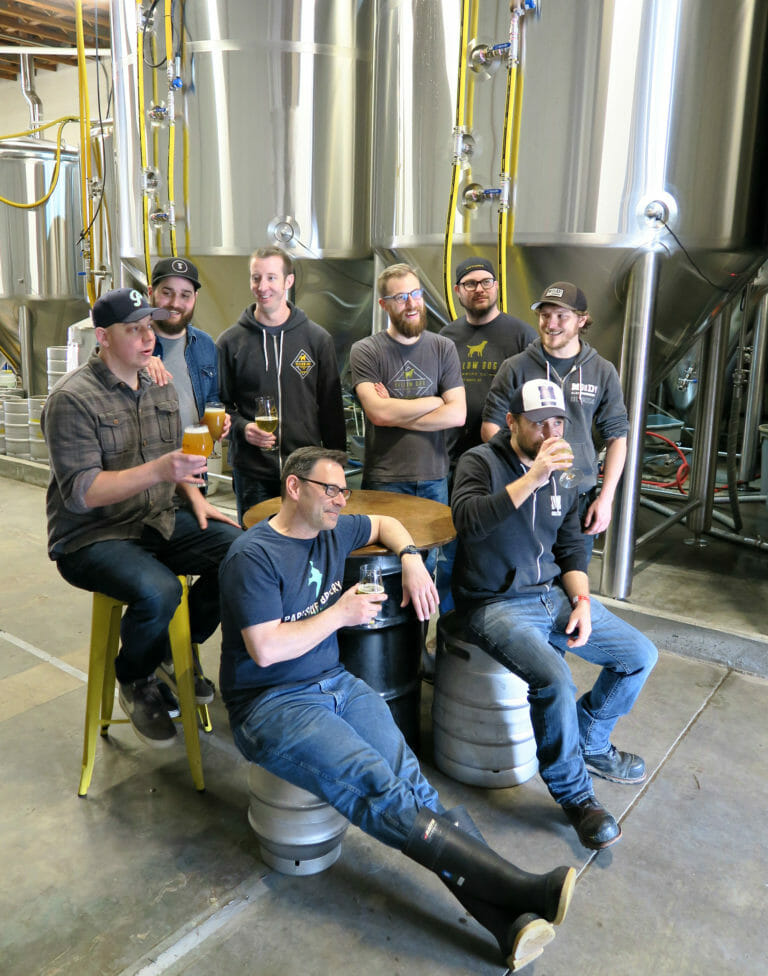