This October brings with it the 2019 edition of BC Craft Beer Month, giving beer lovers 30 full days of special events to celebrate the province’s ever-growing craft beer scene. New releases, tastings, tap takeovers, beer dinners, and so much more will be hosted throughout BC this month.

October was officially designated as BC’s Craft Beer Month in 2011 and this month-long reverence of craft beer is always full of festivities. Check out some (or all) of these events held around the province, see what’s pouring where, and join in on the celebration!

Lots of Beer and Cheer this October

Kicking off the month, Slackwater Brewing in Penticton will be hosting Oktoberfest until October 13th. Featuring festive-themed beers and eats inspired by Germany’s Oktoberfest celebrations, the event will also have German-style beers from Bomber Brewing and Sundown Beer. Be sure to leave some room for snacks, Bavarian style.

From October 4th to 11th, Vancouver’s North Shore celebrates its craft beer week, beginning with a launch party at the Pipe Shop on the 4th. From 5:00pm until 10:00pm, enjoy craft beer found on the North Shore Ale Trail, with ten local breweries attending the event.

October 5th is another chance to celebrate Another Oktoberfest, this time in New Westminster at Another Beer Co. This free-entry, all-day event (from 12:00pm to 10:00pm) will be serving up four German-style beers, as well as a few special surprises. German-inspired foods and some more craft brews from local breweries will also be available to enjoy.

Heading back to Penticton for October 10th, Slackwater Brewing is hosting a special event to celebrate the return of the kokanee salmon to Penticton Creek. The Craft the Creek event will be held from 7:00pm to 10:00pm at the brewery, with educational information and fundraising efforts to restore the creek being a primary part of the evening (along with beer and snacks, of course!).

On October 12th, Victoria Beer Society is hosting another edition of Fresh to Death, a harvest celebration of fresh hop fermentations. More than 20 fresh hop beers will be available at the event,  taking place from 2:00pm to 5:00pm at the Roundhouse, with a special VIP tasting starting at 1:00pm..

Learn while you socialize, sip, and savour

Not just a month to eat, drink, and be hoppy, October will also see a number of educational and networking events hosted for industry employees and experts.

Evaluating Beer: An Evening with the What’s Brewing Tasting Panel will be held in Vancouver at Legacy Liquor Store on October 15th from 7:00pm to 9:00pm.

The BC Craft Brewers’ Conference, held on October 17th and 18th, will see brewers and industry promoters and leaders from around the province gather in Vancouver for this annual event. 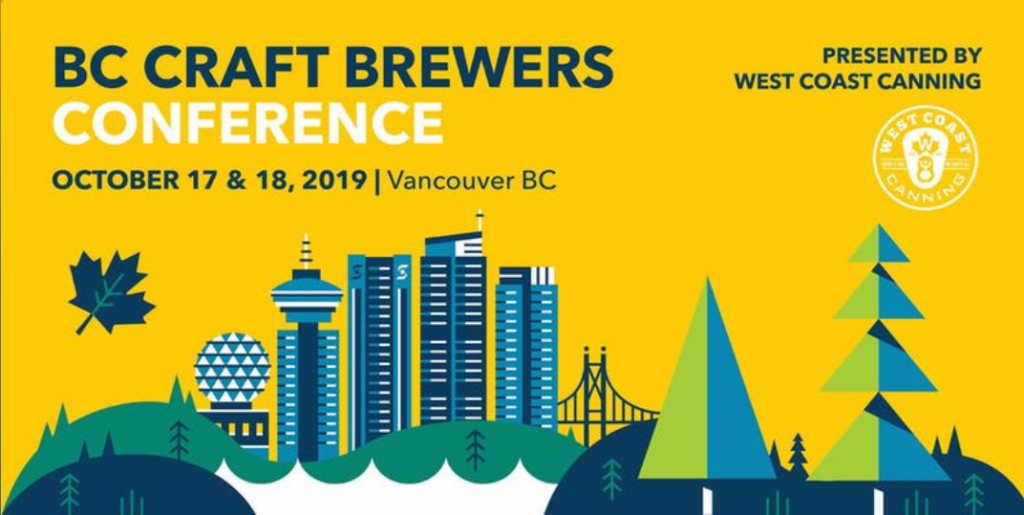 After the conference, the BC Beer Con afterparty will be hosted at the Maritime Labour Centre from 7pm until late on Friday, October 18th. 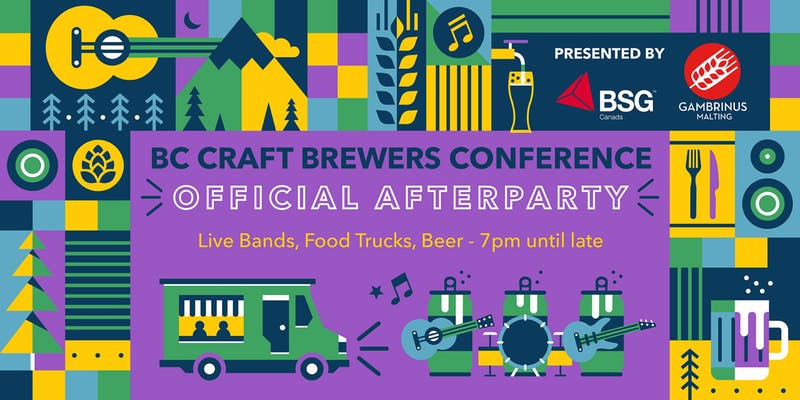 The BC Beer Awards are going to be held on October 19th, recognizing the past year’s best beers and breweries. A Brewer’s Brunch event will be hosted the following day (Sunday, October 20th) for those that make it out of bed in time.

October 19th to 26th is another week-long celebration in Penticton for the city’s first annual Craft Beer Week. In celebration, the Penticton Ale Trail’s seven craft breweries participated in a collaboration brew that will be released at the event. 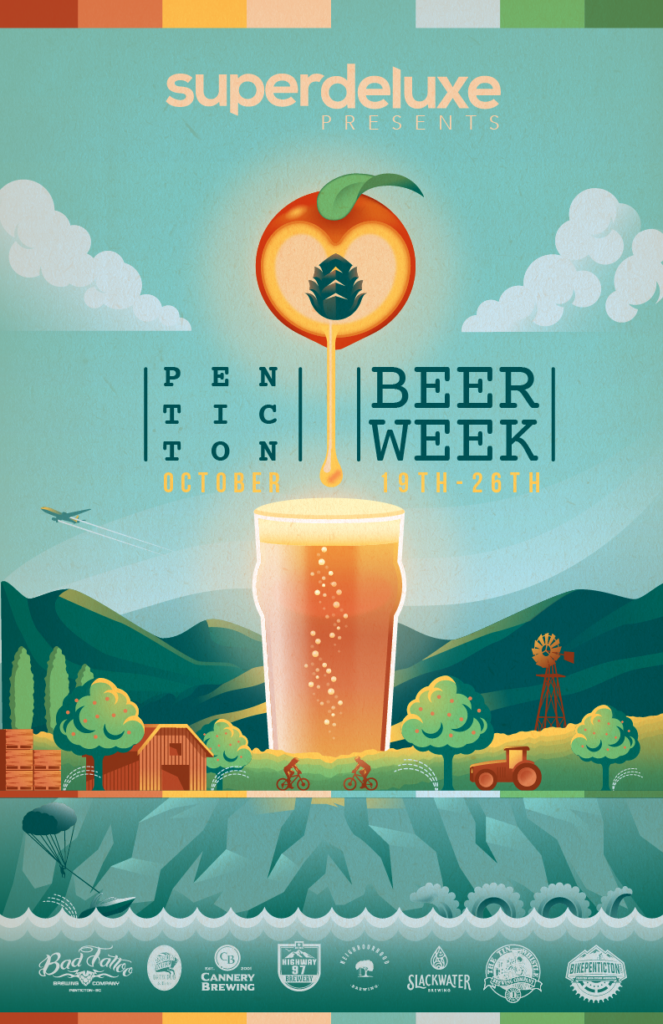 Dubbed the “Community Common”, the limited release beer is a fundraiser beer. A portion of proceeds will be donated to a local charity or non-profit organization each year.

This year’s proceeds will go to the Penticton and Area Cycling Association, an organization that focuses on developing and enhancing trails and other local cycling infrastructure.

“PACA (Penticton & Area Cycling Association) is both excited and honoured to be the first recipient of the Penticton Beer Week collaboration ale fundraiser. Our mission is to advocate, build and support a better cycling experience for locals and visitors alike.

This donation will be used to support our non-profit, volunteer-based association to help develop and enhance our trails and local cycling infrastructure. Trails in the Penticton area are used by cyclists, hikers, dog-walkers, bird watchers, photographers, nature lovers and more, so this donation will help us to improve the trail experience for all users. And since so many cyclists love to drink beer, we see this as a perfect match!

Cheers and thank you to Penticton Beer Week for your generous donation to PACA from all cyclists and trail users in our area.”
—
Terry Mcwhirter, President, PACA

Another collaboration brew for charity

One more special release scheduled for BC Craft Beer Month 2019 is the “Class of 2014 IPA” collaboration beer. The latest addition to the British Columbia Craft Brewers Guild collaboration series, the brew was made at Port Moody’s Yellow Dog Brewing using BC hops, donated by the British Columbia Hop Growers Association, and BC grain, donated by Gambrinus Malting. The 12 breweries involved in the collab brew are from around the province and all opened their doors in 2014, hence the name of the beer that will celebrate their fifth year in business. Partial proceeds from the new limited-edition release will go to the BC Hospitality Foundation.

End the month off right with one more Oktoberfest

After a festive few weeks, the only way to say “auf wiedersehen” to October is with one final Oktoberfest. Held in idyllic Harrison Hot Springs on October 25th and 26th, Harrison Beer Festival kicks off with an Irish-themed cask night on Friday. The eighth edition of this annual event will feature 21 craft breweries pouring at the beer festival on Saturday. An Oktoberfest Dance will be held after beer fest, ending the night with plenty of German-style beer and a whole lot of polka! 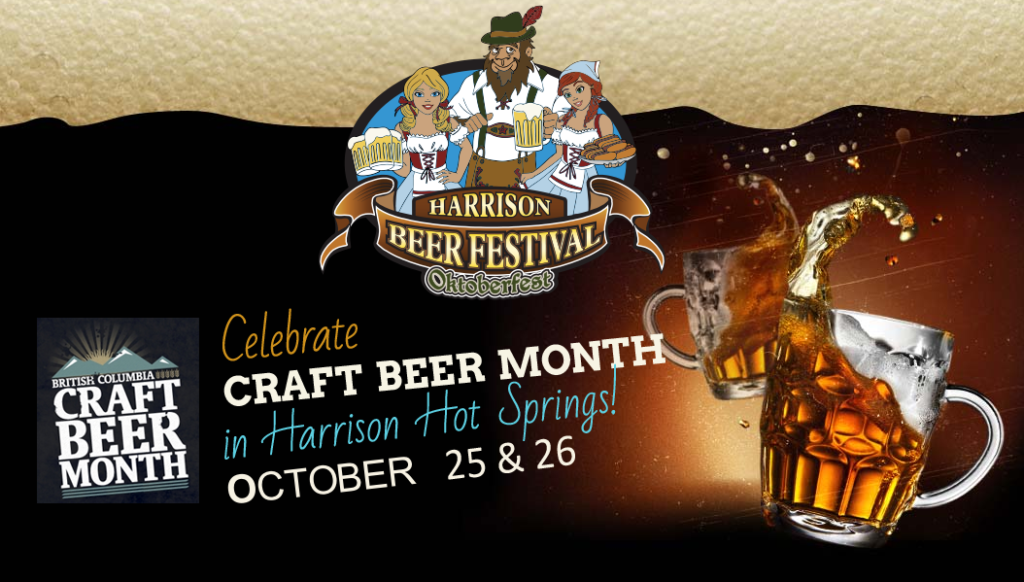 Give thanks this BC Craft Beer Month

Join in on the festivities at one (or more) of these events and celebrate with friends and family by stocking up on some (extra) BC craft beers this month. And don’t forget to give thanks to this flourishing industry that keeps us all hoppily hydrated.

Cheers to BC Craft Beer Month 2019, its industry leaders and supporters, and craft beer enthusiasts across the province! 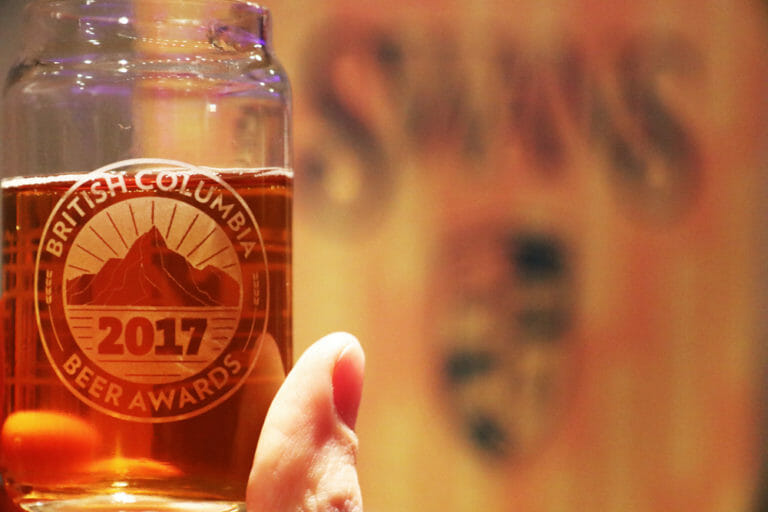 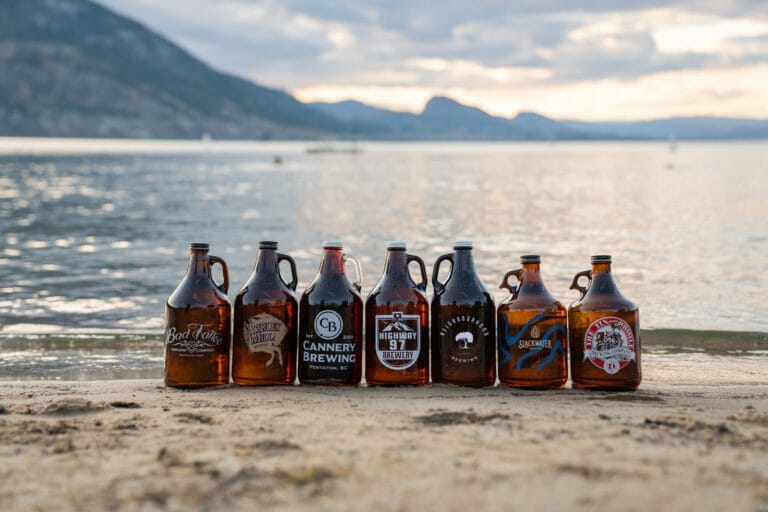 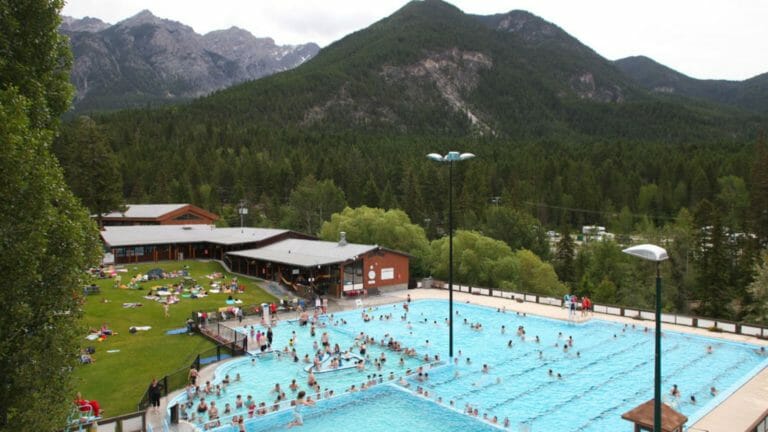 Two craft beer festivals have popped up in the heart of the Kootenay Rockies — and they’re both on this weekend. Fresh beer and fresh Rocky Mountain air — that’s got to be more than enough to rally your dad for a Father’s Day road trip this weekend. Hot spot, cool beer The East Kootenay Beer Festival takes … Continued