Whether you’re a visitor to BC, or simply making the most of a well-earned staycation, this brewery crawl aims to keep the holiday spirit going! Explore beautiful seasonal light displays followed by stops a handful of breweries – all accessible by public transportation.

Our journey takes us from historic Gastown in downtown Vancouver to Coquitlam’s holiday-themed Lights at Lafarge with stops along the way at a handful of breweries. Leave your cars at home, hop on the SkyTrain and let’s go exploring!

Fun fact: SkyTrain is the oldest and one of the longest automated driverless light rapid transit systems in the world.

We started our day’s adventure in Gastown at Steamworks Brewpub on the Vancouver Ale Trail for two reasons – it’s located next to Waterfront Station and the SkyTrain that we’ll be riding today, and it’s a great place to fuel up with a delicious meal before heading out on our crawl. Within its beautifully renovated building, Steamworks’ pub spreads out through several rooms on two levels. The food menu at Steamworks is vast, offering everything from clam chowder and wings, to pasta, burgers, fish tacos, pizza and more. To pair with your meal you can enjoy a selection of Steamworks brews, some of which will have been crafted in-house in the original brewery and the rest at their newer production brewery in Burnaby.  I had the Mahogany Stout on nitro which was described as, “Inspired by one of the original iterations of the red velvet cake, the mahogany cake incorporated coffee and cocoa into its batter. To make this beer a red stout was blended with espresso, aged on vanilla beans and cacao nibs to produce a smooth, red, chocolatey stout with a creamy frosting.” I’d say it was successful!

With a good base for today’s crawl, it’s time to get started and head off on the SkyTrain. Inside Waterfront Station, you can purchase your tickets in advance at a kiosk or at the gate by simply swiping your credit card (or use a Compass Card if you already have one). Once through the gates, make your way to the Expo Line platform. We’ll have to change trains once en route but not to worry, each stop is called out via intercom and there’s a map inside each train. Once you arrive at the Commercial/Broadway stop you’ll need to exit the train (not the station) and proceed to the other side of the station to catch the Millenium Line heading to Lafarge Lake – Douglas. (Make sure you hop on the train going to Lafarge and not VCC) The trip from start to finish without any stops other than the train change is approximately 55 minutes.

In just a few minutes we’ve departed Vancouver and are travelling through the next town, Burnaby. Burnaby isn’t on an Ale Trail yet, however, there is one brewery here that’s definitely worth a stop at, Dageraad Brewing. Hop off the train at Production Way station and it’s an easy six-minute walk to the brewery. Here you’ll find a wide selection of multi-award-winning Belgian-style beers and special one-off collaboration beers. I had the Eepa Rustique, a Brett IPA brewed in collaboration with Brasserie Dunham from Quebec, and it was superb. Note: Dageraad doesn’t often make IPAs and that’s why I had to taste this one. Dageraad is known for its stellar array of Brunes, Blondes, Farmhouse Ales, Saisons, Singles and more. Here’s a full list.

Back on the train and on our way to view the Lights at Lafarge,  a one-kilometre loop around a lake in the city of Coquitlam, and also the last stop on this train line. This year’s event features hundreds of thousands of lights wrapping their way around the lake in multiple themed zones and it’s free! There’s also a concession on-site throughout the season for visitors to warm-up with hot chocolate and treats. 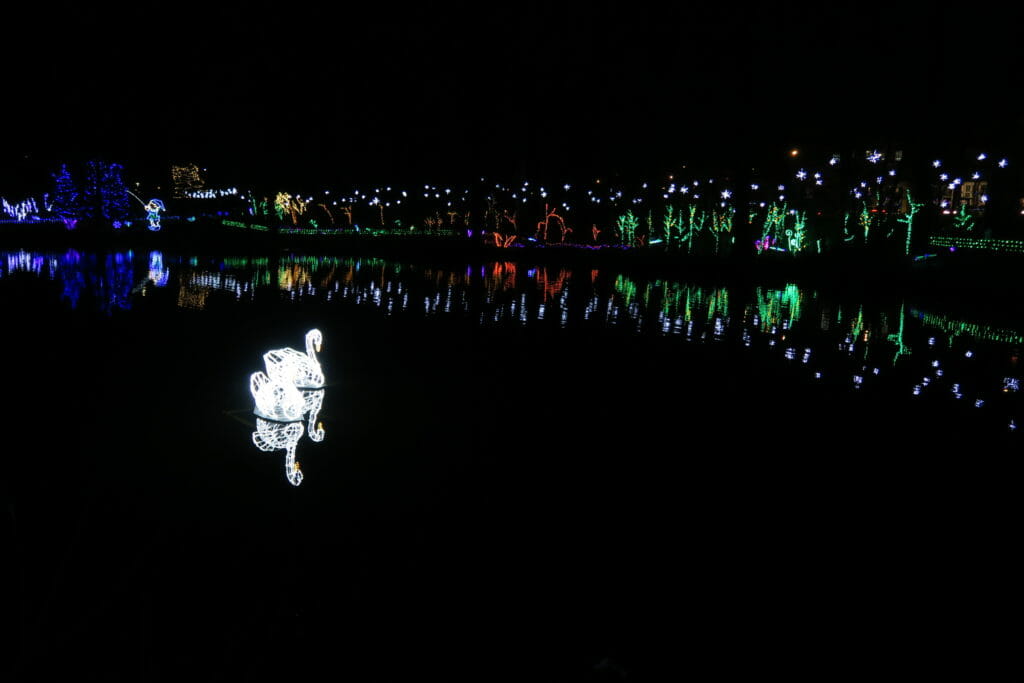 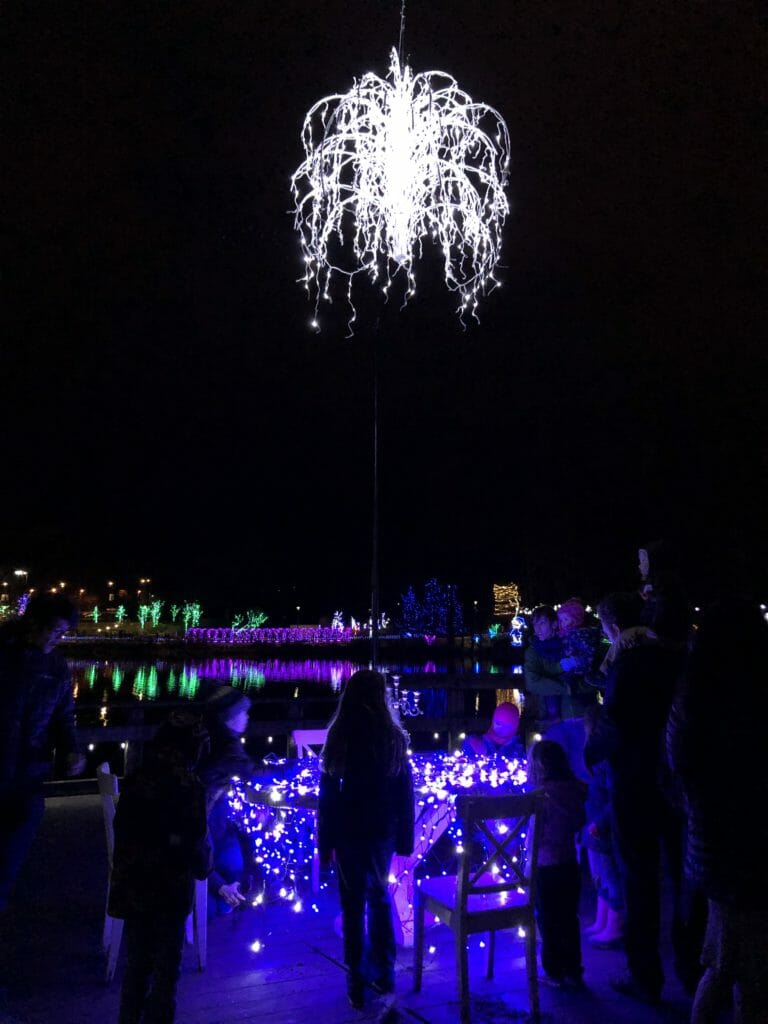 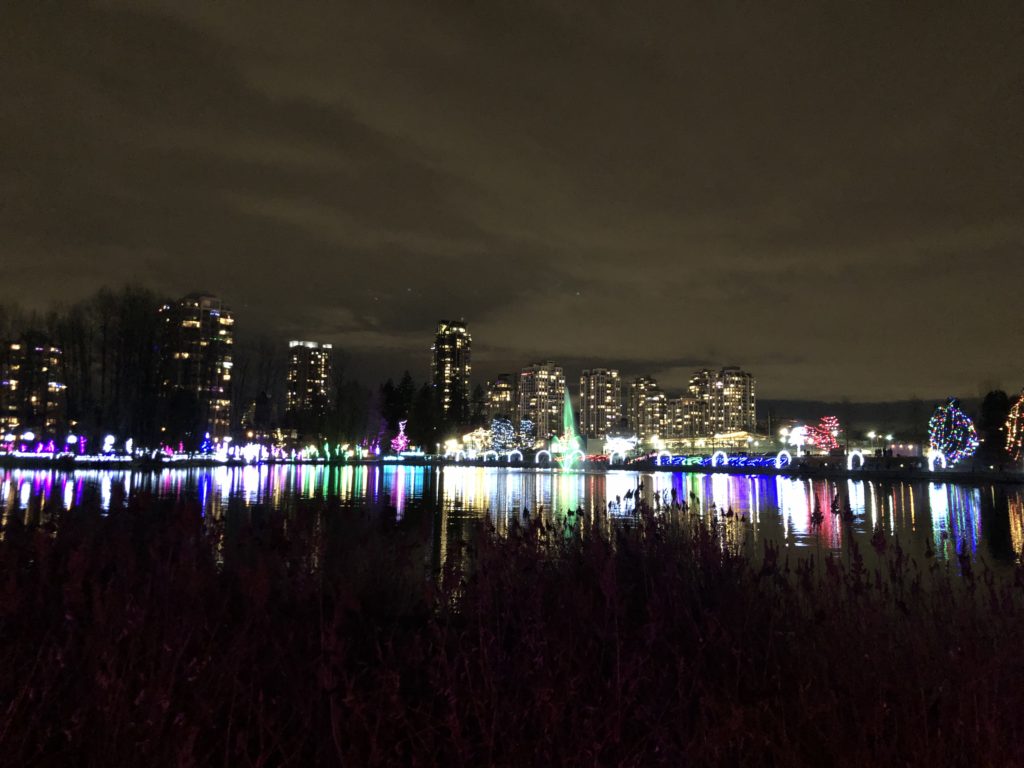 Thirsty yet? Next stop is the Port Moody Ale Trail!

Time to hop back on the train at Lafarge. The Port Moody Ale Trail is conveniently located only a few minutes down the line and next to the Moody Centre SkyTrain station. The walk is just a quick loop around an overpass and in about nine minutes you’re there. The Port Moody Ale trail features four very different breweries all in a row, known as Brewers Row. From East to West you’ll find Twin Sails Brewing, Yellow Dog Brewing, Parkside Brewery, The Bakery Brewing and Moody Ales.

Tip: If you’re an ice cream lover I’d recommend you make a pit stop between the train station and Brewers Row at Rocky Point Ice Cream (pictured below) where they hand craft ice cream in small batches ‘with love’ using as many local ingredients as possible.

On this trip, I stopped in first at Twin Sails to warm up with a Con Leche Milk Stout. Described by Twin Sails as “A Horchata style Milk Stout brewed with a variety of roasted malts and coffee. It pours very dark black with a thick creamy mocha head. The oats and lactose provide a silky rich mouthfeel, which is balanced with strong aromatics of coffee. The beer is conditioned on cinnamon and vanilla beans, which provide a unique spice character that pairs perfectly with the strong coffee & chocolate flavours of the stout. ” In other words, it’s delicious! You’ll also find a multitude of other styles including Hazy IPAs which Twin Sails is well known for. In fact, at the 2018 BC Beer Awards they swept the new Hazy IPA category taking home Gold, Silver and Bronze.

Right next door, Yellow Dog Brewing was the first of the four breweries to open in Port Moody and has since expanded to offer a larger tasting room with several taps plus a few guests taps. Here you’ll enjoy beers like Shake a Paw Smoked Porter, High Five Hazy IPA, Take a Walk Wit, Pack Leader Pilsner and other seasonals. Noticing a trend here? All of the beers are named with dog themes. Much to my delight, the Off Leash Sour Cherry Bruin was on tap when I visited this time.

Next down the line is Parkside Brewery, the newest of the bunch with a central location on Brewers Row and a beautiful, welcoming tasting room. Parkside offers a solid line up of core beers and a few seasonals including three varieties of IPAs, plus a couple of wonderfully wintery sounding beers – Birds and Bears Oatmeal Stout and Attack of the Cherry Stout. Here you can sip your beer, play some shuffleboard or enjoy the view of Rocky Point Park from their many windows. You’ll often find a food truck parked out front, check the schedule for information.

The newest brewery on Brewers Row comes from the same team that opened Moody Ales just down the street. The Bakery Brewing is an artisan brewery that embraces experimentation and flavour exploration. The brewery doesn’t sell its beers outside of the building —just like an artisanal bakery, you’ll have to go there in person to get the goods right at the source. I absolutely loved the Gin Barrel Spelt Saison so a couple of bottles of that came home with me.

At the far end of Brewers Row is Moody Ales. The brewery features weekly experimental casks and small batches along with a solid line up of core beers, Blonde and Brown Ales, IPAs, Lagers and the Lusty Chocolate Oatmeal Stout. A favourite seasonal of mine, The Bourbon Barrel Aged Russian Imperial Stout is divine and not to be missed!

Alas, none of the breweries on Brewers Row have kitchens so you won’t get a full meal here but you’ll find locally-sourced snacks in the tasting rooms and with luck, you might time it for a day when a food truck parked at one of the breweries. Nearby there’s a couple of great options too. Taps & Tacos and the Burrard Public House are both within easy walking distance between Brewers Row and the Moody Centre SkyTrain Station. Alternatively, hop back on the SkyTrain and when you reach Commercial/Broadway to switch trains back to the Expo Line, hop-off instead and head five blocks north to Tangent Cafe which offers great breakfast, craft beer, delicious pub food & Malaysian curries.

Let BC Ale Trail be your guide. Links above to various Ale Trails have maps to help you navigate and links to the breweries if you’d like more information. You’ll find a full schedule here for the SkyTrain along with pricing information. 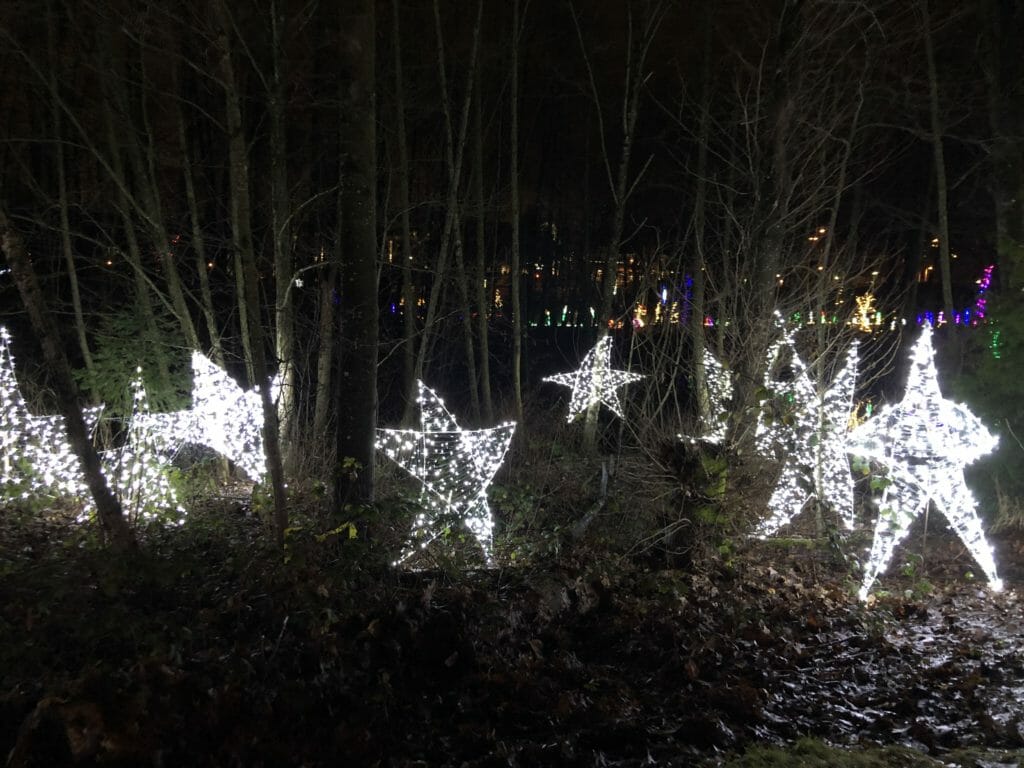 Colourful lights, carollers, ice skating and festive fare—Christmas is a cheerful time of year at The Gardens. Experience the Magic of Christmas. Bundle up and stroll through the Twelve Days of Christmas display, sing along to the sounds of the season with Traditional Carollers or listen to the Festive Brass, then stop in at the Coffee Shop to warm up with a hot chocolate and gingerbread by the fire.

Also in Vancouver is the Aurora Winter Festival in its new location at the PNE until December 31st.

Feel the enchantment and radiance of twinkling lights, the calm echo of the snow, the warmth of Santa’s smile as he greets you in his workshop and the joy of witnessing real reindeer – only here at Vancouver’s North Pole. A complimentary shuttle is available from Canada Place, in downtown Vancouver.

The Christmas Tree Trail is a self-guided Christmas Tree tour that will take you through the Village of Harrison Hot Springs. After visiting all the Christmas tree locations, step out to Lights by the Lake, this light display can be viewed both during the day and at night along the front of the lagoon; the lights will not come on until the evening. 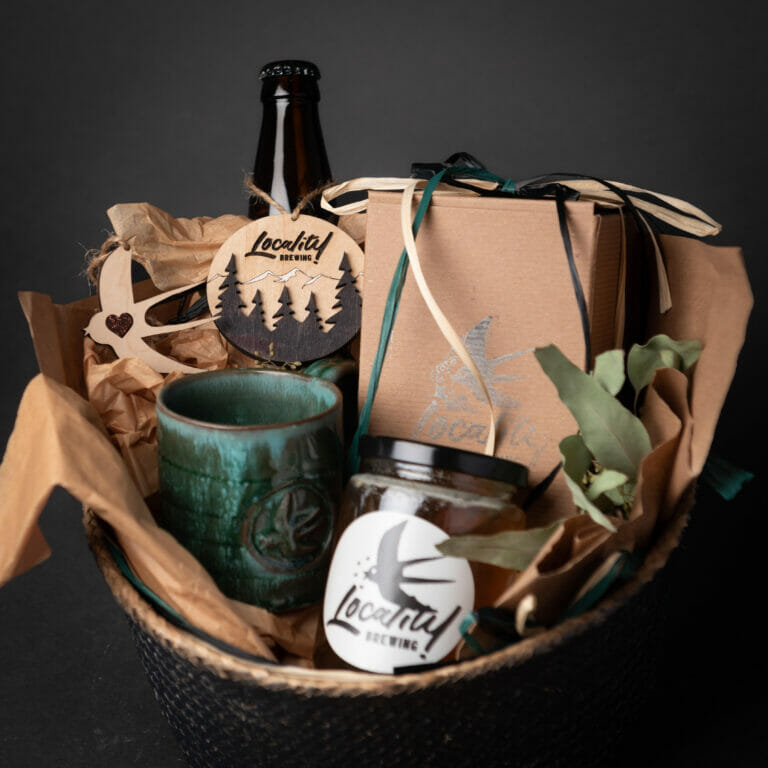 This holiday season, give the gift of craft beer and ale-ventures on the BC Ale Trail. Okay, folks, it’s that time of year, and I’m here to give some gifting inspiration. As always, the best way to shop for your nice list is local all the way — so here is this year’s updated craft … Continued 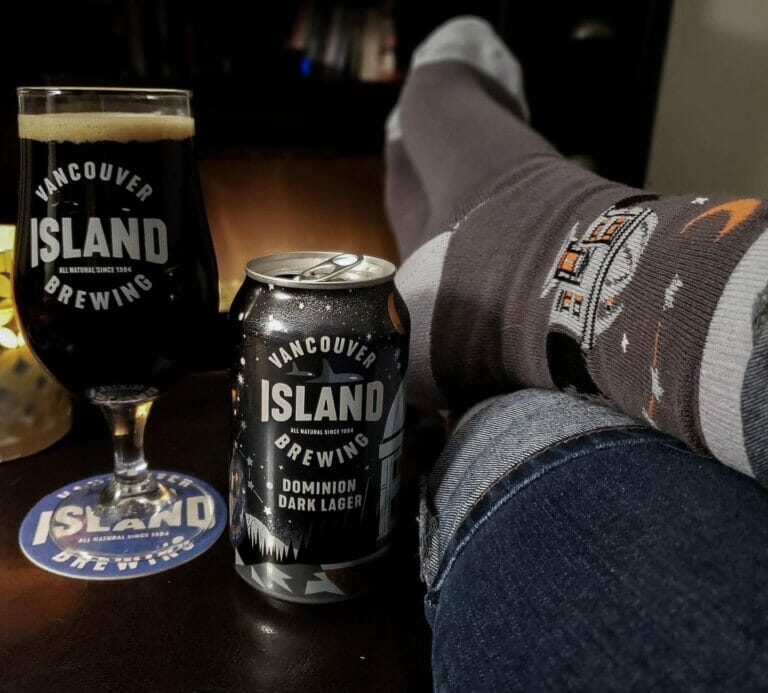 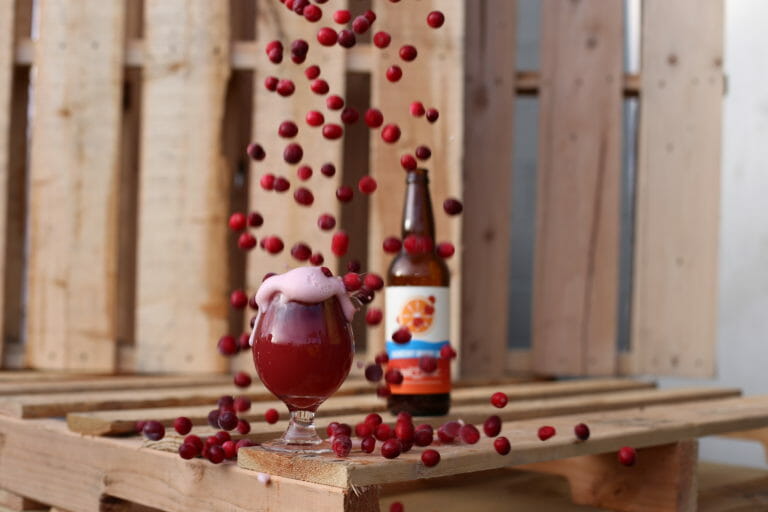 All over British Columbia, craft breweries are starting to celebrate the holiday season with special beer releases. Many Christmas-themed beers are a little darker and stronger, making them well suited for the colder, darker days of winter. Some include spices and sugars or tasty additions like cranberries, chocolate or orange peels to celebrate the season. … Continued