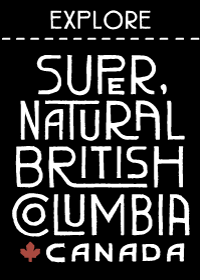 After leaving Victoria and heading north up the Island Highway, the spectacular vistas of the Malahat Summit give way to the rural agricultural splendour of the Cowichan Valley, which takes its name from “Quw’utsun’,” an aboriginal word that means “the warm land.” And it is warm indeed: the region’s maritime Mediterranean climate boasts the warmest year-round temperature anywhere in Canada.

Sounds like a great place to drink craft beer, right? Well, the Cowichan has that covered, too. Duncan is home to three breweries of its own: Red Arrow Brewing, Small Block Brewing, and the Craig Street Brewpub in Duncan.

Continuing north, the next stop is the beautiful Chemainus, famous for its transformation from a lumber industry mill town to a tourist destination. Check out the town’s murals downtown and then swing by Riot Brewing for a taste in the tap room or on the sun-drenched patio.

The charming seaside town of Ladysmith is another ideal place to pull off the highway. Its attractive, well-maintained downtown was named the best street in Canada for 2017 by the Canadian Institute of Planners. And now, Ladysmith has its own brewery, too — Bayview Brewing opened in April of 2022.

Further up, the port city of Nanaimo offers five breweries, including Longwood Brew Pub & Restaurant and its second location with unique brews on tap, Longwood Brewery, as well as Cliffside Brewing, Wolf Brewing and White Sails Brewing. Enjoy the urban vibe at some of the city’s many restaurants and shops and then work off all the tasty treats you sampled by snorkelling with seals or hopping on a mountain bike, stand-up paddleboard, or kayak.

Perched 1880 feet above sea level atop the Malahat Summit, Villa Eyrie Resort is a mountain side retreat with a restaurant, spa, hiking trails and more.

Malahat SkyWalk is an accessible 600 m TreeWalk through a beautiful arbutus forest leading to a spectacular gentle spiral ramp that takes you up 32m to a sightseeing lookout offering views of Finlayson Arm, Saanich Peninsula, Mount Baker and the distant Coast Mountains.

A wooden railway trestle located north of Shawnigan Lake with spectacular views of the Koksilah River. One of the tallest free-standing timber rail trestle structures in the world.

Make a pit stop at this Duncan brewery located in a converted custom motorcycle shop.

With a menu that has something for everyone, tuck in for a meal and a sampler flight at Duncan’s downtown brewpub.

Find a place to stay in the Cowichan Valley
tourismcowichan.com

From well-appointed hotels and dozens of delightful B&B’s, to yurts, houseboats and float homes, there is something for everyone and every budget.

Along with excellent breweries the Cowichan Valley is also home to a number of craft distilleries and Canada’s first estate cidery.  Just north of Duncan is Canada’s only tea farm. How do you experience all of this during a single trip to the Cowichan Valley? Well, if you download this map (and pace yourself), you can visit the lion’s share of these operations in a self-guided tour or, if you prefer, via coach in a guided tour. In all, and depending on the time of your visit, you’ll be able to drop in and experience no less than 20 establishments, many of which offer tours and have their own bistros, gift shops and tasting rooms.

Don’t miss out on local events during your visit! Check the Cowichan Valley events calendar to see what’s happening.

You can hike and bike year round on Vancouver Island and Cowichan Valley offers some of the best trails. There is Mt. Prevost; famous across Canada as a destination for past world champions with double-black pro lines; the forest of Mt. Tzouhalem, known locally as Mt. Zoo with 36 km (22 mi) of trails; and the boardwalks, bridges and techy rocky terrain of Maple Mountain that will challenge even the most skilled riders.

Drive to Chemainus, about 20 minutes

Celebrate the riot that is life at this beautiful, custom-built Chemainus brewery.

Find a place to stay in the Cowichan Valley
tourismcowichan.com

From well-appointed hotels and dozens of delightful B&B’s, to yurts, houseboats and float homes, there is something for everyone and every budget.

A locally owned and operated brewery based in Ladysmith, BC specializing in dessert sours! They also have a full kitchen with daily-made soups, many are gluten-free.

Aerial adventures, bungee jumps and zip lines right in the midst of nature. For adults, teens, kids and groups.

Swing by the brewery in the south end of Nanaimo to visit Wolf’s “beer room.”

Longwood’s production brewery has its own tasting room with unique beers on tap.

The Longwood Brewpub has anchored the Longwood Station plaza in the north end of Nanaimo since 1999. It has a family-friendly restaurant upstairs and a pub downstairs, with four English-style draught engines serving cellar-conditioned beer to go along with excellent food from the kitchen.

Find a place to stay in Nanaimo
tourismnanaimo.com

In Nanaimo you can settle in with a well-appointed suite at a high-rise hotel overlooking the sailboats in Nanaimo Harbour, or you can book a room in an affordable guest house or hostel in the midst of lively cafes, restaurants and nightlife.

A place where people feel welcome, where community is built, where customer service is key, and where you can find the best darn coffee.

Snorkelling with Seals with Sundown Diving
22 Esplanade, Nanaimo, BC
sundowndiving.com (250) 753-1880

For Divers and non divers, there is no other experience like snorkeling with the seals. A 15 minute boat ride takes you out to the beautiful Snake Island where seals can be found resting on the shore or playing in the surrounding waters.

A contemporary brewery based in a historic location.

A family-owned and operated microbrewery in the heart of downtown Nanaimo.

Take a short ferry to Canada’s only registered floating pub, the Dinghy Dock. Watch the float planes land and watch the sun set behind Mt. Benson at this nautical themed, family friendly pub/restaurant.

Find a place to stay in Nanaimo
tourismnanaimo.com

In Nanaimo you can settle in with a well-appointed suite at a high-rise hotel overlooking the sailboats in Nanaimo Harbour, or you can book a room in an affordable guest house or hostel in the midst of lively cafes, restaurants and nightlife.

If you would like to pair your craft sampling with some of the local food, book a Taste of Nanaimo Tour with Vancouver Island Expeditions. Some of the tours include a visit to the Cedar Valley Hop Yards, St. Jean’s Cannery and even a local distillery. Work up a thirst hiking to Ammonite Falls or up Mount Benson for beautiful views.

Also, while in Nanaimo you simply can’t leave until you sample a Nanaimo Bar (or two). Pick up or download a copy of the Nanaimo Bar Trail and sample a few variations of Nanaimo’s beloved dessert.

and book your stay

in the Cowichan Valley