Writer Lucas Aykroyd surveys 10 BC authors about which local craft beers might go down particularly well with their books.

Pairings are truly a matter of personal choice. Whether you’re into oyster and wine pairings, cheese and chocolate pairings, or even NHL defence pairings, it’s anything goes in 2021.

That philosophy inspired us to ask 10 BC authors with different backgrounds and styles of writing to pair one of their books with a favourite beer — tongue-in-cheek or seriously — on the BC Ale Trail. Because… why not?

Since this was utterly unscripted, two authors even picked beers from the same craft brewery. To find out which brewery, you’ll have to read on.

With so many British Columbians spending more time at home these days, now is a great opportunity to read a new novel, memoir, travel guide, thriller, or mystery while enjoying a pint or two of BC craft beer. Let’s sample some world-class local literature and wonderful libations. 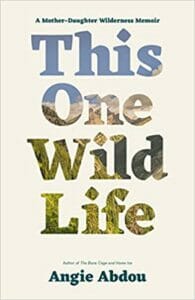 My new book This One Wild Life: A Mother-Daughter Wilderness Memoir originated with my bright parenting idea that my nine-year-old daughter and I would spend a summer working on her confidence by hiking a peak every single week.

The execution of this plan looked drastically different than its ideal. A perfect beer match: Fernie Brewing Company’s What the Huck, an ale that (like my book) promises a taste of the Fernie wild. All too often in my book’s adventures, I wonder What the Huck I’ve gotten us into. I invite readers to wonder “What the huck?!” while drinking a What the Huck.

Angie Abdou is a Fernie, BC author who has published eight books, including The Bone Cage, In Case I Go, and Home Ice: Reflections of a Reluctant Hockey Mom. 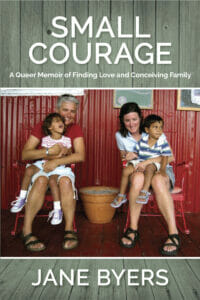 Awesome Taste Hazy IPA is a fruity offering from Torchlight Brewing in Nelson. Small Courage: A Queer Memoir of Finding Love and Conceiving Family is my fruity memoir from Nelson. It was my good fortune to get this beer freshly made. It is best described as an East Coast IPA, a little less hoppy, a little more hazy and fruity.

My book is partially set in Toronto in the hazy days of 1990s Pride Parades when the only beer on offer were Labatt and Molson products. I first tasted Awesome Flavour at Kootenay Pride, at the Queer night at Torchlight’s taproom that they so thoughtfully hosted. The rainbow label makes you want to dance and celebrate. Both the beer and the book have a juicy arc with some hop and a satisfying soft finish with a big heart.

In addition to co-writing two award-winning documentaries, Nelson-based Jane Byers has published two poetry collections and a chapbook, and her work has appeared in Grain and the Antigonish Review. 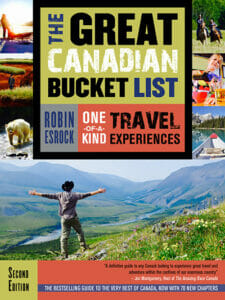 Reading my book makes one thirsty for travel. Dageraad Brewing’s Burnabarian and The Great Canadian Bucket List are both grounded in place. Like any good Canadian, the Burnabarian is instantly likeable, easy on the palate, and makes fine company on any occasion. It is also billed as a Belgian-style table beer, although I’ve been to Belgium, and Burnaby’s award-winning ale is more refreshing than anything I sampled in Bruges.

Having visited over 100 countries, I’ve found Canada’s destinations and activities to be similarly understated. Canada has far better landscapes, wildlife, adventures, food and culture than we give it credit for. We also have better craft beer than Belgium.

Based in Burnaby, Robin Esrock is the best-selling author of The Great Canadian Bucket List and The Great Global Bucket List. 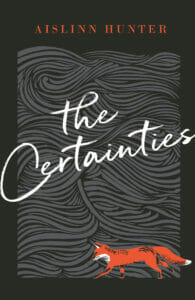 Green Leaf Brewing Co. has a warm, pubby interior and a European cafe-ish exterior that overlooks the city of Vancouver’s skyline and the North Shore quay where I live. All of my novels have pub settings in them, and The Certainties is no exception.

Green Leaf makes excellent brews and has been a place I’ve sat with my hubby and puppies, thinking up my book. Plus, I have a fox on the cover of my novel and their tasty Wheat Ale has a fox on the can. I believe in supporting great local businesses — especially ones where there’s a sense of serendipity and community, and the ability to sit outside and talk in the fresh air.

Vancouver author Aislinn Hunter has written seven acclaimed novels, including The World Before Us, an NYT Editor’s Choice book and winner of the Ethel Wilson Fiction Prize. 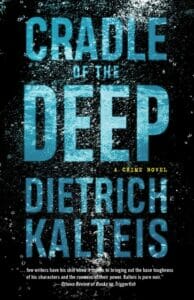 Just like my novel Cradle of the Deep, LoLo Stout has dark undertones with a certain nuttiness to it. Smooth, layered, full-bodied, and mysterious — both rich with character.

The novel is from ECW Press, and this classic stout is from Green Leaf Brewing Co. in the Shipyards District of North Vancouver. It’s a perfect pairing.

Dietrich Kalteis is a West Coast crime novelist whose award-winning books include Ride the Lightning and House of Blazes. 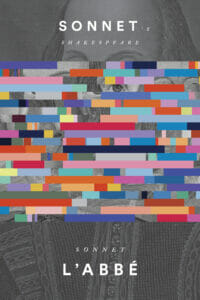 Everyone knows beer is good for hanging out with friends, and I love White Sails Brewing for its ale room. It’s a great place to meet. I’ve hosted some huge poetry readings there, so I headed to White Sails to find offerings that pair well with the lyric-verse-writing life. Best beer for sitting in a comfy chair reading poetry: Chocolate Porter. Best beer for making late-night beats under string lights: Beyond The Edge Blackberry Sour. Best beer to reach for on stage, guitar on your lap: January Citra Tart Ale. Best beer for staying up late, lit by the glow of your laptop, to write poems: Regardian Coffee Ale.

Sonnet L’Abbé is the author of Sonnet’s Shakespeare, A Strange Relief and Killarnoe. In 2000, she won the Bronwen Wallace Memorial Award for most promising writer under 35. L’Abbé lives on Vancouver Island and is a professor of creative writing at Vancouver Island University. 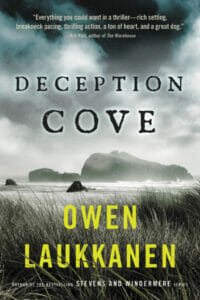 My Deception Cove thriller series features a rescue dog named Lucy in the starring role, so a beer from Port Moody’s Yellow Dog Brewing seems like a natural pairing. But even if their High 5 Hazy IPA was brewed by cats, I’d still come back to it time and again.

As cloudy as a morning in Deception Cove’s fictional Olympic Peninsula locale and strong as a gale-force wind, High 5 isn’t for the faint of heart — but then again, neither are Lucy’s misadventures!

Vancouver author Owen Laukkanen’s critically acclaimed thrillers include Gale Force, The Professionals, and The Watcher in the Wall. 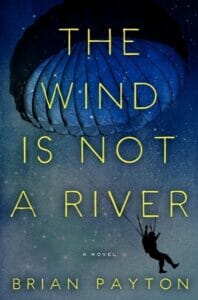 I wrote my latest novel at Our Town, a (then) scruffy coffee shop in Vancouver’s Mount Pleasant neighbourhood. The book, The Wind Is Not a River, is a survival story set in the Aleutian Islands during World War II.

After writing, to tamp down the caffeine buzz and celebrate a few more pages in the bag, I’d often walk three blocks west to 33 Acres Brewing. It has always been the perfect place to unwind with fellow writers — to dream, debate, and commiserate over a pint of my go-to California Common: 33 Acres of Life.

Brian Payton’s non-fiction titles include Shadow of the Bear: Travels in Vanishing Wilderness and The Ice Passage: A True Story of Ambition, Disaster and Endurance in the Arctic Wilderness. 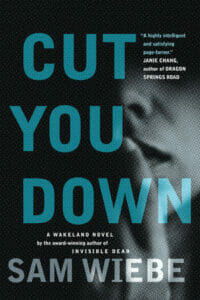 Brassneck Brewery is located in the beating heart of Mount Pleasant, near some of the best bookstores and cafes in the city. Their Changeling kettle sour is THE beer to grab in the summer months, crisp and tart and refreshing. The brewers experiment with different seasonal fruit, hence the name. Exploring the different varieties is one of the pleasures.

Cut You Down, my second novel about private detective Dave Wakeland, starts at the tail end of a Vancouver summer full of wildfires. Large parts of the book take place in Mount Pleasant. Often, after finishing my pages for the day, I’d hit up Pulp Fiction Books and Brassneck. A crime novel and a growler of Raspberry Changeling—what else do you need?

Sam Wiebe’s other award-winning Vancouver crime novels include Invisible Dead and Last of the Independents.

From the Scarfface Cranberry Orange Wit to the Dinosour Blackberry Sour Ale, from the Raspberry Wheat Ale (which has graduated into regular rotation) to this tropical stout, they manage to nail every season.

Based in Victoria, Robert Wiersema, who doubles as a Toronto Star book reviewer, is the author of Bedtime Story and Walk Like a Man: Coming of Age With the Music of Bruce Springsteen. 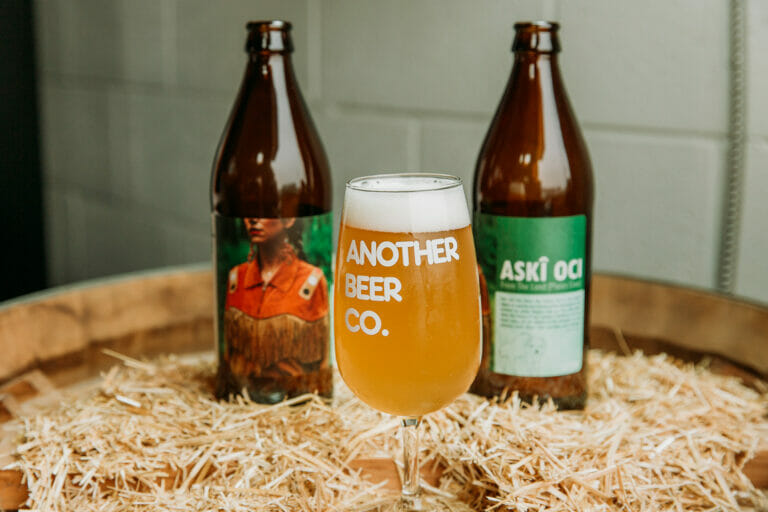 Askî Oci is a very special brew led by Nadine (Hansen) Jopson, co-creative director/co-owner of Another Beer Co. in New Westminster. This unique brewing project celebrates the brewery’s connections to Indigenous culture and the land. Nadine herself is Cree and the project also involved other Cree and Métis women who are designers and artists to … Continued 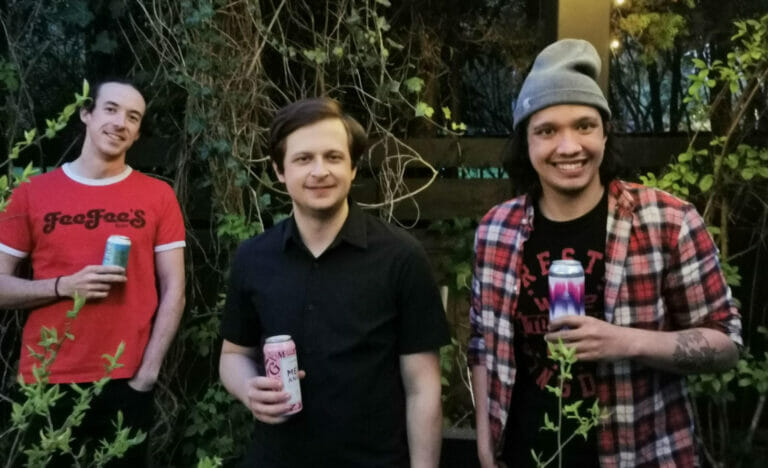 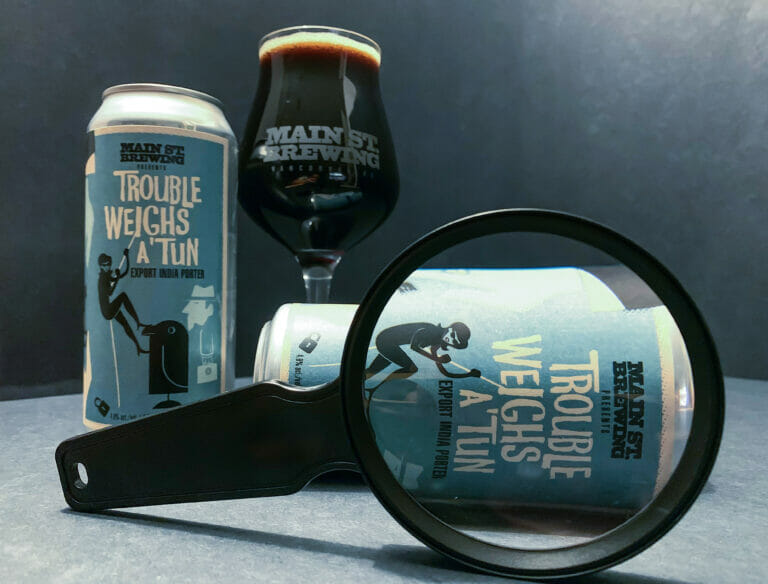 Artist Behind the Label: Robert Edmonds and Main Street Brewing

Robert Edmonds and the folks at Main Street Brewing are bringing new meaning to the term ‘brand storytelling’ with their latest Bond-esque brew series—and you’re invited to sip along on their next mission. For the third instalment of our Artist Behind the Label series, Robert Edmonds—co-founder of Evoke International Design and part-owner of Main Street … Continued